USDA strives to get national hog inventory numbers most “right” because they are the statistics that drive market action. 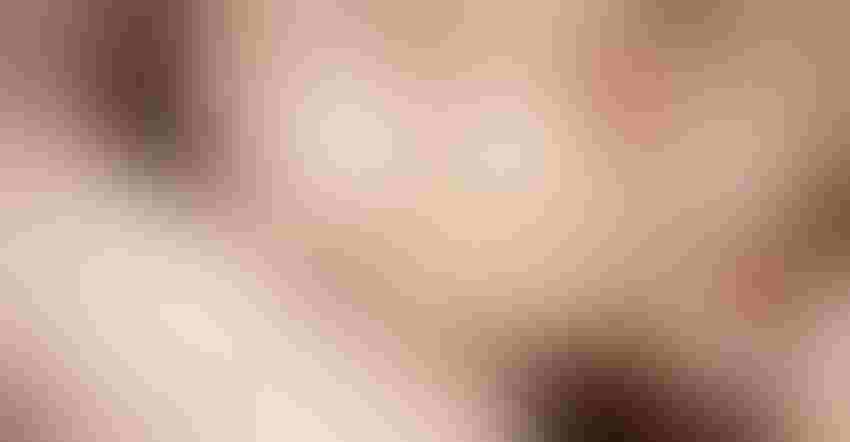 USDA cannot collect every piece of data from every U.S. hog producer to be able to simply add up inventories, pig crops and sows farrowing for each quarterly Hogs and Pigs report.

Instead, USDA’s National Agricultural Statistics Service gathers data from a sample of producers of various sizes in states with various levels of hog production. The goal is to extract and compile, from the bundle of surveys, numbers that accurately reflect what is going on in U.S. pork production.

NASS cannot simply “average” all of the survey numbers to estimate inventories and percent changes in inventories. Here’s why.

So which percentage change is right? Odds are that both are, with a bit more confidence that the national number is “more” right.

NASS employs a “top-down” approach for hog inventory, pig crop and sows farrowing estimates. NASS first determines national estimates based on survey responses, slaughter data, balance sheet numbers, state recommendations and ratios of current year and quarter to previous year and quarter. Next, NASS reconciles state estimates to the national number. From a statistical perspective, larger sample sizes yield more precise results. Lumping samples from each state with the other states can generate fairly precise national estimates. Getting the national number “right” is most important, as that is what drives market reactions.

Market analysts rarely forecast state-level inventories. Still, individual state numbers are important to the people in those states. They can provide early indications of changes in the local market that may be masked by aggregate, weighted average national numbers.

Utah’s hogs and pigs inventory is not large enough to alter national totals. But why did Utah’s breeding inventory plunge 35.3%?

On June 10 of this year, Smithfield Foods announced plans to cease all harvest and processing operations at its subsidiary Farmer John plant in Vernon, Calif., in early 2023. Vernon is the nearest city to Los Angeles. Smithfield harvested only company-owned hogs at the plant, which mainly came from operations in Utah and Arizona. Smithfield’s news release said that it would reduce its sow herd in Utah and was exploring strategic options to exits its farms in Arizona and California. The moves were said to be a result of the company’s escalating costs of doing business in California. Smithfield said it would continue to serve customers in California with its Farmer John brand, and other brands and products, from existing facilities in the Midwest.

Smithfield is providing transition assistance to all employees affected by the moves, including relocation options to other company facilities and farms, as well as retention incentives to ensure business continuity until early next year. The unemployment rate in Los Angeles was 4.9% in August. Workers looking for jobs in the area likely have, or will, find them.

A sound culling strategy is an integral part of herd management. It maintains a steady flow, replacing the less productive sows on a regular basis without disrupting the overall performance of the breeding herd. Producers voluntarily cull to remove sows identified as having suboptimal performance. These sows may have shown farrowing difficulties, smaller litter sizes and lower productivity compared to the herd average. The deeper the voluntary cull, the greater the opportunity to boost per-unit productivity, but at the expense of fewer units. This is what we have witnessed with the Utah breeding herd.

Collectively, the 14 largest pig-producing states had a June through August 2022 litter rate of 11.17 pigs, compared to 11.16 pigs last year. Individual states had much different year-over-year differences. For instance, Colorado’s litter rate was down 3.8%, Nebraska’s was down 3.4% and Illinois’ was down 1.4%; however, Indiana’s and North Carolina’s were both up 1.4%, Iowa’s and Ohio’s were both up 1.8% and Minnesota’s was up 2.5%. For Iowa and Minnesota, these increases led to record-high pigs saved per litter for any quarter.

The Swine Disease Reporting System includes multiple projects that aggregate data from participating veterinary diagnostic laboratories in the U.S., and it reports the major findings to the swine industry. The project is funded by the Swine Health Information Center. The goal is to share information on endemic and emerging diseases affecting the U.S. swine herd, assisting veterinarians and producers in making informed decisions on disease prevention, detection and management. The website dashboards provide an up-to-date data source.

Pathogen detection and monitoring at the state level can help identify notable changes in hogs and pigs numbers. For example, this year on July 1, the one-third mark of the June through August 2022 quarter, the percent of positive porcine reproductive and respiratory syndrome virus cases at adult-sow farms in Iowa, Minnesota and Ohio were more than three standard deviations below the baseline. On the other hand, the percent of positive PRRSV adult-sow farm cases in Missouri, Nebraska and South Dakota were over three standard deviations above the baseline.