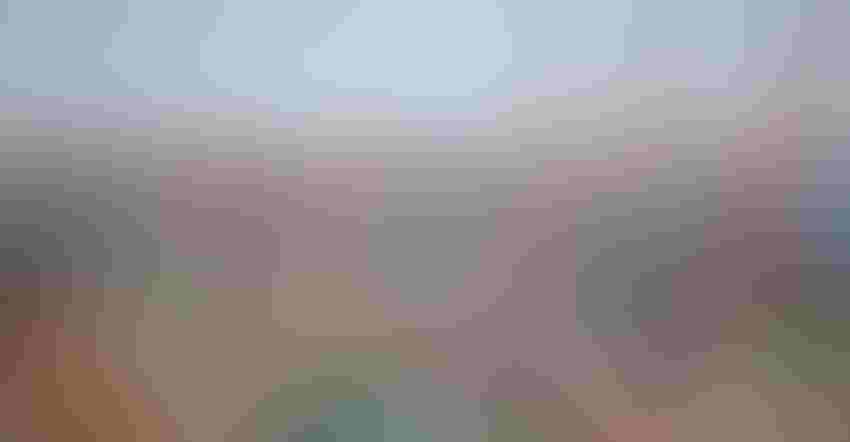 This aerial photo shows shipping containers at a port in Lianyungang, in China's eastern Jiangsu province on March 7, 2021.STR/AFP/Getty Images

China’s pork imports jumped to an all-time high in March on supply concerns following a resurgence of African swine fever in the world’s biggest consumer and producer.

Inbound shipments increased 16% from a year earlier to 460,000 tons, boosting overall meat imports to a record as well, according to customs data Sunday. Purchases in the first quarter advanced 22% to 1.16 million tons, data showed.

Hog herds could have contracted by as much as 30% from November, said Pan Chenjun, senior livestock analyst with Rabobank, as winter diseases, including new strains of African swine fever, hit the country’s farms. Hog inventories may currently be 60% to 70% of normal, Pan estimated.

According to the National Bureau of Statistics, the country’s hog inventory totaled 415.95 million by the end of March, about 30% more than a year earlier. That compares with 411 million hogs at the end of the first quarter of 2017, indicating that numbers have recovered to levels before the outbreak of the deadly swine disease in 2018, bureau data show.

Imports, driven partly by state purchases, will remain strong in May as traders anticipate a rebound in domestic pork prices, which have been falling recently partly as a result of a selloff by hog farms, said Lin Guofa, senior analyst with Bric Agriculture Group.