Many producers are choosing to grow less hemp this year, a marked change compared to 2019. 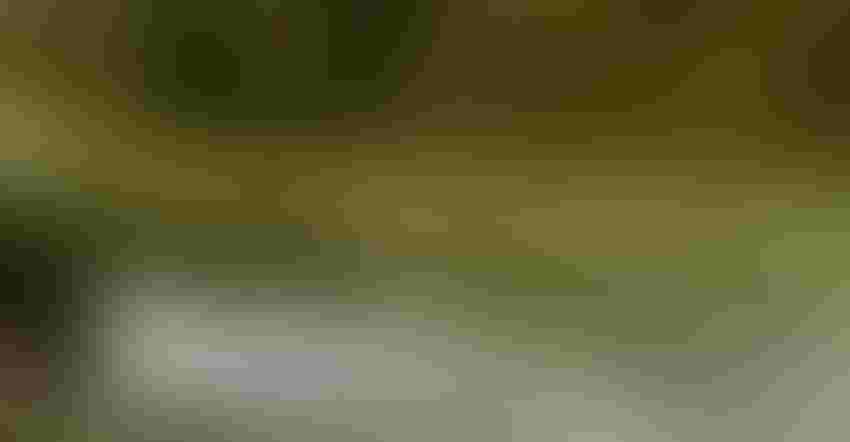 One of the biggest hurdles for growers in Illinois’ first year permitting the cultivation of hemp had to do with size. Farmers who grew less than 5 acres of hemp for cannabidiol, or CBD oil, extraction had a hard time finding buyers who were willing to pay at least what it cost them to grow it.

Phillip Alberti, University of Illinois Extension specialist covering northern Illinois, says there’s a reason for that. Processors need to be cost effective and testing requirements make that tougher, so they have poundage requirements. Hemp growers can partner up and sell more pounds together, though some are opting to shrink rather than grow in the volatile market.

An oversupply of CBD oil last year that persists to this day led to a severe drop in biomass prices last October. That forced growers like Marty Mahan of Glenwood, Ind., out of the hemp-for-CBD business in 2020. He holds out hope for growing hemp for fiber production in 2021.

Meanwhile, Ross Vehmeier of High Plains Grains and Green Harvest Solutions in northern Illinois, says they’re gearing up for another season in 2020 with fewer acres since they’re still sitting on a portion of last year’s CBD harvest.

“Twelve months ago, you had this general consensus of, ‘I made a killing in 2018, I had great profits. I'm going to dramatically ramp up acreage,’” he says, noting farmers in early 2019 earned $30 to $40 per pound for quality CBD biomass grown in 2018, whereas after 2019’s harvest hit a saturated market, prices sank and remain below $10 per pound.

When Illinois and other first-time hemp-growing states entered the market for the 2019 growing season, prices began to fall dramatically. They remain well-below 50% from where they were in 2018. Hopp calls it a fragmented market, whereas more traditional ag commodities have elevators that farmers can turn to and more ways to hedge.

“It’s interesting to see farmers trying to market the product themselves. And they’re not always successful, even if they have really good product. There’ve been several companies defaulting on contracts with hemp growers,” Hopp says.

While Texas is starting its first year of hemp cultivation, other more experienced states show signs that hemp has lost its buzz among farmers, CBD grower applications are down in Oregon, where it’s been grown for five years.

As hemp growing has found wide acceptance in the Midwest and southern states, farmers are beginning to experiment with growing the crop on a larger scale. Mahan’s 1-acre harvest of his CBD crop required a crew to hang dry the hemp and then collect the flower — all by hand. It was a time-consuming and labor-extensive process.

High Plains Grains and Green Harvest Solutions went with a mechanical route, opting to harvest wet with the so-called striper method of cutting off the tops of the CBD plants, where the flowers are concentrated. They then baled and wrapped their harvests.

The mechanized approach saved them money and allowed them to scale up and grow CBD crops from particular seed varieties across 60 acres: 40 acres of Charlotte’s wife, 10 acres of cherry wine and 10 acres of T-one.

The row crop-like production costs are easier to eat than the high cost of labor that goes into hand harvesting and drying product, sometimes using $4 clones over the cheaper seed alternative to establish a healthy crop, Alberti says.

Hopp says the industry generally prefers high CBD contents of 10% or more without contaminants like pesticides, trace heavy metals and fungus — which require more energy and time to remove in either the carbon dioxide or ethanol oil extraction methods.

If stored with sturdy, vacuum-sealed wrapping in the right environment, hemp bales won’t spoil and cause abundant mold to form.

While mechanical dryers are an option for large operations such as Viobin in Michigan City, Ind., which takes in up to 17,000 acres of biomass a year, Hopp says there were reports from 2019 that showed mechanically drying rather than hang-drying lost a significant portion of CBD.

The Michigan City facility uses the so-called hexane extraction method, which conceivably can take in wet harvests with no wasteful or labor-intensive drying required. While the wet technique has been accomplished at a similar facility in South Carolina, the technology has yet to be adopted by other hexane players.

“These people that have hexane processing facilities, they'll be extremely popular once they can take-in wet harvests,” Mahan says. “They're able to process ridiculous amounts of biomass.”

“Some companies are trying to get creative and looking at lower potencies and seeing what they can do there,” Hopp says. “They’re looking at autoflowering varieties and wet harvests. But in general, most of the industry at this time is placing the emphasis on higher potency.”

While it took a great deal of trial and error, Green Harvest Solutions says it was able to fine-tune its method of harvesting flower while leaving everything else behind using custom-built add-ons to its equipment. Green Harvest also does whole-plant chopping. Sometimes there’s no other option other than to harvest the plant whole, say if a wind or early snow downed the crops.

“While biomass goes through the roof when you chop, you have more stuff that doesn’t necessarily pay the bills,” Vehmeier says. “The striper method works most effectively when the plants are upright.”

Hemp’s inaugural year in Illinois was also historically wet, leading to drowning out and wet feet in hemp acreage, which are sometimes located in low-lying lands to protect against wind damage. With only a few organically labelled pesticides at their disposal, Illinois growers also couldn’t protect their yields as well as they might for corn or soybeans.

While 73% of the hemp crops that were planted ultimately made it to harvest, CBD oil oversupply weighed on sales, according to Jerry Costello, director of the Illinois Department of Agriculture.

IDOA was able to open markets slightly for growers by allowing them to sell their product to marijuana dispensaries in addition to licensed CBD processors.