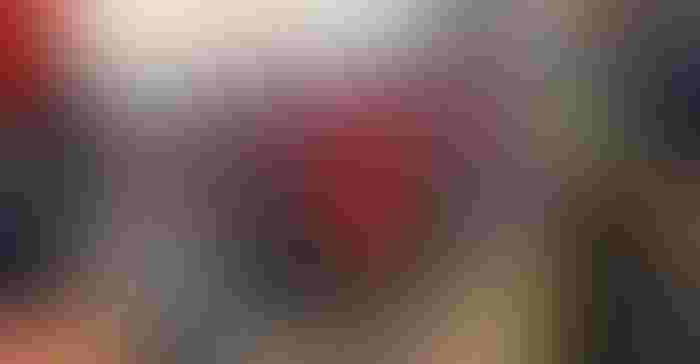 “We cover a 55-square-mile area and have nearly 100 farms that house grain in silos,” Stewart says.

People drive by them every day, never realizing the risks they pose to the farming community.

“Any time a farmer enters a grain bin, there are numerous life-threatening hazards they need to account for,” explains Dan Neenan, director of the National Education Center for Agricultural Safety (NECAS). “Rescue situations in bins are also challenging and take an average of three-and-a-half hours.”

Entering a grain bin to remove clumped or rotted grain can quickly turn deadly for farmers if proper precautions aren’t followed. In a matter of seconds, an adult can become fully entrapped in flowing grain. It happened four times in Ohio in 2019. Grain bin entrapments led to more than 40 deaths nationwide the past two years.

Adding to the risk is a lack of available equipment and training for responding fire departments — an issue Nationwide is hoping to resolve.

The training, led by NECAS, included the use of a grain bin-like entrapment simulator capable of holding 100 bushels and burying a “rescue victim” waist-deep. First responders learned how to properly use the six-panel, versatile grain rescue tube to create a barrier around the victim and safely dig them out.

“Having this equipment and training is critical because it enables us to respond without hesitation to emergencies within our district,” Stewart says. “Our bodies can only go four to six minutes without oxygen, so we’re saving precious time when we don’t need to rely on mutual aid from other departments.”

“Agriculture’s mission is more important now than ever due to a growing population dependent on fewer farmers,” says Devin Fuhrman, Nationwide vice president. “We’re proud to provide these resources to support first responders as they keep rural communities safe.”

Jerome Township Division of Fire is one of 48 fire departments to receive the specialized equipment and training from Nationwide this year, and one of 200 across the country since the campaign began. At least four departments have used these resources to successfully rescue workers trapped in grain bins.

“There is tremendous synergy between a great neighborhood and the community’s public safety services,” says Brian J. Ellis, president of Nationwide Realty Investors and developer of Jerome Village. “We’re proud to be part of the team supplying this essential rescue resource to the Jerome Township Division of Fire and appreciate all they do for the residents of Jerome Village and the surrounding community.”