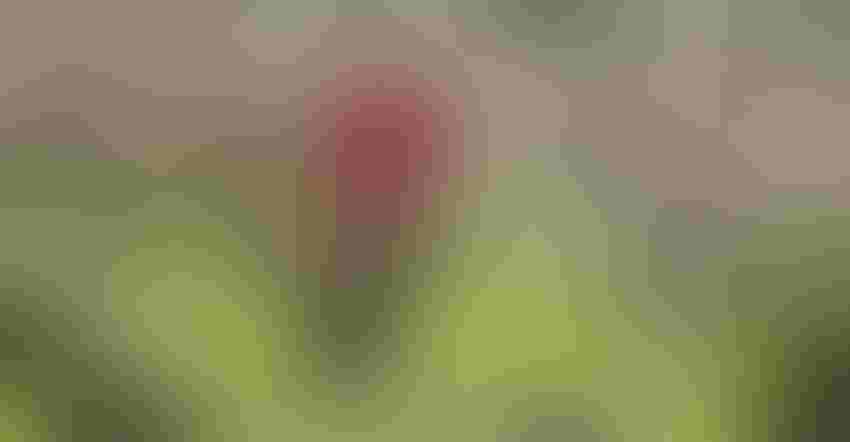 Pruning used to happen early, as early as December decades ago, until it was discovered that early winter pruning meant wounds stayed susceptible for up to 3-4 weeks to infection by spores of the fungi that caused trunk diseases.

In California, those spores come out with rain and depending on climate cooperation that would typically happen right up into early April.

“If winter/spring rains lasted several months, that’s a lot of potential rain to bring out those spores to infect wounds and spread them around. It’s probably best to prune as late as possible in the dormant season when wound susceptibility is only a matter of days, not weeks,” said plant pathologist Kendra Baumgartner of the USDA’s Agricultural Research Service at the University of California, Davis.

That said, with reports of bud break now becoming more frequent, if you haven’t pruned yet, that should be number one on your To-Do List. “Growers situations are changing rapidly because of labor shortages and their decision on pruning time may be based on more than just disease potential,” she said.

“There may be growers still pruning in colder areas, higher altitudes like up in the foothills where it stays cooler right into springtime,” she said. “Of course, the later you prune, the closer you get to bud break and if the vines are already growing, you can potentially disrupt growth, messing up the whole plant hormone production cycle. Sometimes they’ll temporarily stop growing for a bit and that delays the start of the growing season which could ultimately delay harvest.”

The whole issue of pruning timing is directly connected with the concern about grapevine trunk diseases, called one of the most relevant challenges of viticulture with worldwide economic impact of GTDs estimated to be well over $1.5 billion annually. Called “the silent killer of vineyards”, the pathogens attack grapevine organs and can lead to vine mortality with no existing curative methods to mitigate this family of diseases.

“Today’s most prevalent GTDs in California are botryo sphaerea and phomopsis dieback, those are the two that when we go to almost any vineyard, we find symptoms of them,” Baumgartner said. “If you’re farming and doing nothing to manage your trunk disease problem, it short circuits the process of making any money. Set-up costs for putting in a vineyard are tremendous and you don’t start getting fruit until around year three. So, you’re just ringing up a big minus sign until then, and if that crop is your only source of revenue, it can take until you’re 10 to even get back to ground zero.”

Again, depending on the region, most California growers expect bud break to happen sometime between late February and early April and try to time their pruning before the initial buds appear. “The later you prune, the better because it allows any wounds to heal up faster.

“Pruning is the second biggest expenses in the vineyard, a close second to total harvest costs, and it’s getting more and more mechanized,” said Baumgartner.

“Most growers are looking for ways to cut down on the cost of labor for pruning by either mechanizing it completely or changing hand-pruning practices to speed up the process.”

Sometimes speed can slow things down however when it injures the woody cells and tissues that run between roots and shoots. “These tissues can get infected by trunk diseases and get killed off completely, not available to the vine at all,” she said. “Sometimes when you prune a vine, a portion of the cell from the cut going down into the wood dries up and dies as part of the healing process. Be careful of making too close a cut to the wood or too large a cut that will increase the area of drying. Even in the absence of trunk diseases, there’s good pruning practices and bad pruning practices that can affect vine growth.

“When making pruning cuts, make as few as possible,” she said. “The more cuts you make, the greater the risk of infection because there are now more potential entry points for disease-causing pathogens to enter the trunk.”