New grape types are grown in California and Texas with some success. 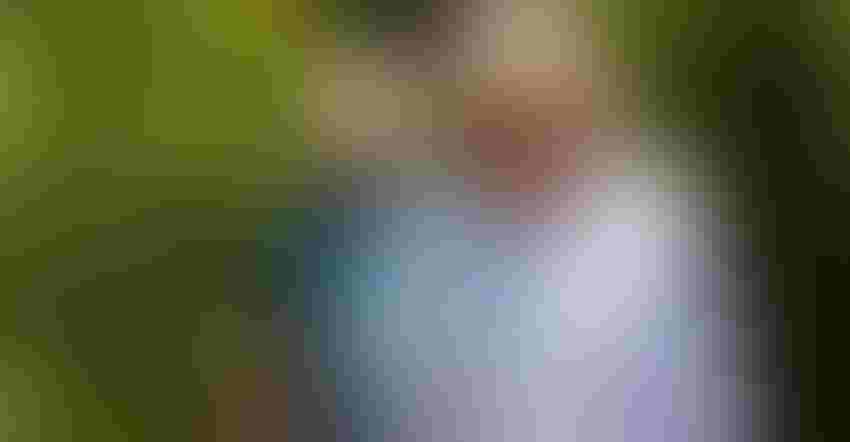 Andy Walker, foreground, walks with Adam Tolmach in his vineyard of vines resistant to Pierce’s disease. Walker successfully bred resistant vines from UC Davis that are now being grown in commercial vineyards in California and Texas.Todd Fitchette

Wine grape growers will want to raise a glass to the retired University of California geneticist for successfully breeding vines resistant to Pierce’s disease.

Decades of work by Andy Walker led to five wine varietals – three reds and two whites – that show a high level of resistance to the disease. They are grown in California and Texas with some success. Walker says none of the vines have shown evidence of disease since being planted in commercial settings.

“We’ve been grappling with Pierce’s disease for a long time,” Walker said. “By the time you see symptoms, which are distinctive yet inconsistent, those vines are dead.”

Walker spent much of his academic career searching for a cure to Pierce’s Disease, a bacterial infection vectored by the Glassy winged sharpshooter. The sharpshooter is particularly problematic for growers like Tolmach, who farms in a region where the insects can successfully overwinter in nearby vegetation.

The leafhopper vectors a bacterium that causes Pierce’s disease. Within a few years of infection, whole vineyards can die from the disease, according to Walker. In the process, yield is robbed to the point that no good wine comes from the grapes as they dry up and rot.

Because the only effective previous control rested heavily on the use of pesticides, Walker said the obvious solution was to develop a resistant vine. While there are vines across the United States that show the ability to resist PD, many do not produce good wine. The trick for Walker and others was to find those resistant vines that also produced good wine. After studying about 5,000 different seedlings from crossbreeding, scientists discovered the Arizonica vine does both.

“We could produce hybrid vines, and probably should have started that long ago, but we decided to stay with the vinifera types,” he continued.

The highly resistant vines were crossed with Vitis arizonica, a species common to the southwestern U.S. and northern Mexico. Arizonica contains a dominant gene that is resistant to Pierce’s disease. It was crossed back to Vitis vinifera over four to five generations, according to the University of California, which has a patent pending on the vines.

Walker highlighted the decades of work he and others did at the University of California during a field day event at the Ojai Vineyard owned by Tolmach. The five-year-old vines in Tolmach’s vineyard are bounded on all sides by oak trees and other vegetation that supports production of the GWSS.

Tolmach is optimistic that the new varieties will not only protect him from having to replace vines every several years, but the quality of the wine from these grapes appears are sufficient to make good red and white blends.

“These new varietals that were bred by Andy Walker at UC Davis are all new,” Tolmach said. “They don’t taste quite like other things, but they have their own unique taste. We think they’re dynamite.”

Finding vines that can resist the disease vectored by a prolific leafhopper will be more critical as Walker sees the effects of climate change making it ideal for these disease vectors to replicate and survive. The summer monsoon rains common to Arizona and New Mexico have for several years now been creeping into California, which over time he suspects could create ideal conditions for the sharpshooter to survive.

Studies of the genes that lend themselves to PD resistance continues. As DNA markets are mapped, Walker believes researchers are close to understanding these genes to the point that gene editing could take place, if necessary. He does not think that will be needed.

The three red varieties include camminare noir, paseante noir, and errante noir. Each ranked high in numerous tastings of fruit grown in California at Napa and Davis. The camminare has characteristics of cabernet sauvignon and petite sirah. The paseante is like zinfandel. The errante has similar characteristics to cabernet sauvignon with great blending potential, according to UC Davis.

The two white varieties – ambulo blanc, and caminante blanc – have similar characteristics with sauvignon blanc. The caminante is also said to be like chardonnay.

Four nurseries were licensed for the pre-release multiplication program with more nurseries expected to being propagation soon.