Most wineries have dealt with their excess inventories and, price-wise, growers should be pretty happy this year.It has been a pretty nice year to grow grapes in the Central Valley. With all the cool, damp weather, it seems like&nbsp;farmers in the&nbsp;in the Valley are growing coastal grapes. 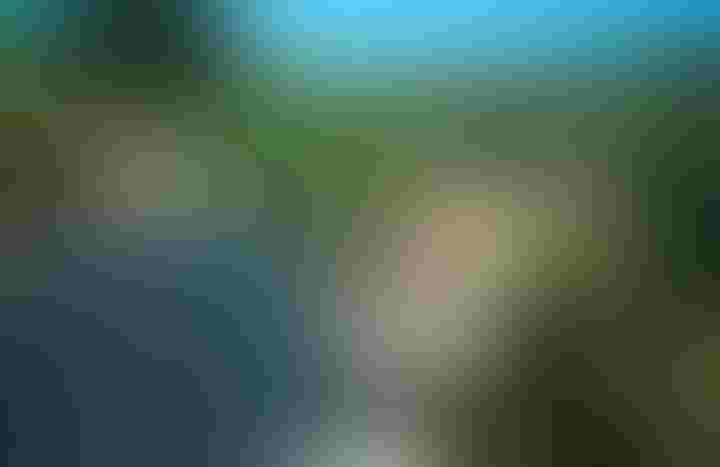 The once-gloomy market for California’s North Coast wine grapes continues to improve — and none too soon for growers.

The prices for premium wine grapes followed the downward spiral of the economy that began in 2008, and it wasn’t until early this year that they began reversing direction. That was after wineries had reduced product prices to whittle away the backlog of unsold case goods that had built up following several years of large crops and faltering demand from recession-battered consumers.

“Most wineries have dealt with their excess inventories and, price-wise, growers should be pretty happy this year,” Brian Hendrix, co-owner of H&H Wine Brokerage, Napa, Calif. told GrapeLine, an e-newsletter distributed by Western Farm Press. “Prices have been healthy and demand has been better than in the past two years.”

Among the varieties benefiting the most from the market turn-around, he says, are Cabernet Sauvignon and to a lesser extent, Zinfandel. For example, last year, Napa Valley Cabernet grapes were selling in the $1,500 to $3,500 a ton range, Hendrix notes. This year, average spot market prices for that varietal have rebounded to $3,500 to $5,000 per ton.

He estimates contract prices being offered to North Coast growers this season in the range of around $1,000 to $8,000 per ton for Cabernet Sauvignon. “We’ve had prices as high as $8,500 per ton for extremely premium location grapes,” he says.

You can read more about what Hendrix had to say about California wine grape prices in other areas of the state by visiting back issues of GrapeLine at http://subscribe.westernfarmpress.com/subscribe.cfm?tc=NNWEB where you can also subscribe to future, exclusive in depth issues. Mailed twice monthly through September, the e-newsletter is sponsored by Chemtura AgroSolutions.

Success in controlling relentless powdery mildew pressure this season, combined with unusually few insect pests, has resulted in nice-looking vineyards at Dwayne Cardoza Ranches, Inc., near Easton, and for other raisin growers in this area of central Fresno County, Calif.

“You can drive all over the countryside around here and everyone’s vineyard looks very lush,” Dwayne Cardoza told GrapeLine. “Except for mildew, they’ve been really clean of disease all season long.”

Facing just a single disease threat to his crop up to this point in the year is unusual, Cardoza notes. In addition to powdery mildew, he and his neighbors often contend with phomopsis. Keeping powdery mildew at bay this year has been a long, tough battle, one that Cardoza waged from early spring until veraison began the first week of July.

“Every raisin grower around here was fighting mildew flare-ups this year,” he says. To control the disease he began dusting his vines with sulfur every seven days until early July, after which he treated with Kaligreen shortly before berries started softening.

Veteran San Joaquin Valley farmer Jim Unti, Madera, Calif., will not start harvesting the first of his four varietals until about Sept. 1, about two weeks later than normal.

“I often start picking Thompson Seedless Aug. 15,” Unti told GrapeLine. “But, I’m not getting excited yet — the grapes probably won’t be going to the winery until the first of September.”

That’s when Unti, who follows a lower sugar program, expects the grapes to be testing at about 18° Brix. Many wine growers wait until grapes reach at least 21° Brix before picking, but he says, “I like to get them off before there’s a crowd at the winery gate,” he told GrapeLine.

Varietals also include Rubired and Ruby Cabernet. He became familiar with the Rubired during a lengthy career as a buyer for a major California winemaker.

“I know and understand this variety and, because it goes to concentrate, the market for them as always been fairly strong,” Unti says. “At the time I expanded to Ruby Cabernet, the market for them was good. I still think they’re a good grape, but their yields aren’t the best in the world.”

He also has 10 acres of Grenache, which his father planted. “They’re shipped as juice grapes (for home winemakers), and I don’t have to handle them,” he says. “This is just the right crop acreage for the buyer who comes in, picks the grapes, puts them in a box and pays me the same price as a winery would.”

Unti had little shatter at bloom, and he’s pleased with how his grapes have come along. But, he admits to being nervous about the weather-caused delay in crop maturity as August got under way with muggy weather and monsoon weather patterns.

“Veraison in Thompson Seedless started mid-July and, in many cases, the berries haven’t gotten that soft yet,” he says. “I checked the Rubired July 25, and they’d just started softening. Right now, nothing is coloring up — maybe by the second week of August they’ll look fine.

“If the berries don’t size and gain weight, I may be disappointed at the winery scale.

Unti, who has his grapes custom-harvested, doubts his operations will be affected by a later than usual harvest start. “I’m a small grower and we can pick any of the varieties in about two to four days,” he says.

“It has been a pretty nice year to grow grapes,” he says. “With all the cool, damp weather we’ve had, it seems like those of us in the Valley are growing coastal grapes.”

He expects production this year will reflect the range in age of his vineyards. “I’ll be happy if some of them produce 9 tons per acre,” he says. “Others, though, should make 15 tons.”

Also, he’s anticipates receiving some attractive prices. “From what I’m hearing, Valley growers will probably get about 25 percent more than last year,” he says.

In 2010, for example, he sold his Thompson Seedless for $190 per ton. This year, he has signed with a marketing cooperative that is predicting a price of $250 a ton.

“In all my years of growing grapes, I’ve never got $250 for Thompson Seedless,” Unti says. “I’ve contracted my Rubireds at a minimum price of $250 per ton, which is all right. Also, I have a $250 contract for my Ruby Cabernets. Otherwise, I could probably sell them for about $350 a ton.”

You can read more about what these California grape industry leaders have to say by visiting back issues of GrapeLine at http://subscribe.westernfarmpress.com/subscribe.cfm?tc=NNWEB where you can also subscribe to future, exclusive in depth issues.