Because of this season&rsquo;s early start, Sangha is expecting earlier-than-usual pressure from insects. In mid-May he applied abamectin to control mites and plans to follow up with an additional treatment, if needed, in four to six weeks. 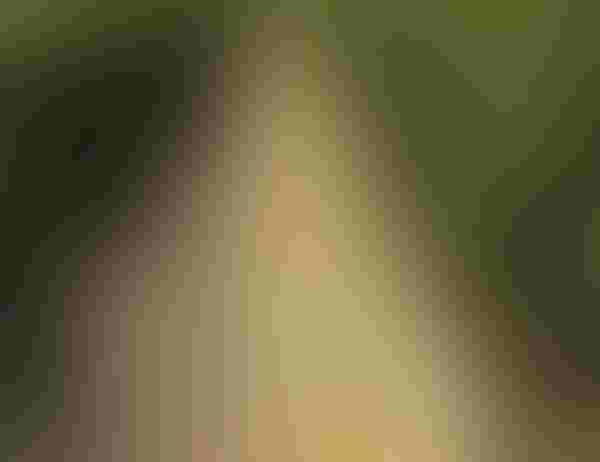 In mid-May of last year, growth in Mitch Sangha’s raisin vineyards near Del Ray, Calif, was running about ahead of the usual pace. This year, his 350 acres of Thompson seedless grapes are developing even faster. By the middle of this month they were about two weeks ahead of their normal rate of growth. Meanwhile, his 200 acres of almonds were about seven  to 10 days ahead of normal.

“Everyone has been surprised by this season’s early start,” says Sangha, who serves on the Board of Directors of the Raisin Bargaining Association. “The vines have been pushing pretty well.”

With BB-size berries, Sangha estimates the number of clusters on is vines is down from last year, in line with the 17 percent drop statewide reported by the Raisin Bargaining Association.

The Fresno County grower attributes the strong early season vine growth in his vineyards to warm weather this winter and above-normal temperatures in April and May. That includes several days of record-breaking 100-degree-plus heat in the second full week of May, adding to the demand for water in a year of wide-spread water shortages.

Sangha, however, is in better shape for water than many farmers in other areas of the central San Joaquin Valley.

“With our heavier soils here on the east side of the valley we have a good supply of water this year,” Sangha says. “But farther west you can see five or six acres in the middle of fields where the vines are really weak and the shoots haven’t pushed, due to lack of moisture in December and January.”

In fact, this has been the first time he’s had to keep irrigating his fields from November through March. Meanwhile, he says, the water table in his area has dropped about 30 feet over the last three decades to an average of about 100 feet below the soil surface.

That’s at or near the limit of many existing wells in this area, Sangha reports. As a result, a number of growers, wanting to lower their wells, are having to wait as long as eight to nine months for well drillers to show up due to the increased demand for their services.

“When the well drillers do show up, growers are extending their wells as much as twice the depth they need to, just as a precaution should the drought continue for some time,” Sangha adds.

Last year, due to drought concerns, he deepened a 100-foot well by another 200 feet at cost of $75 per foot. This year, he’s heard reports of growers paying $100 a foot to drill a well.

Sangha’s other nine wells go down 180 to 200 feet. “I think that’s deep enough for me to get by,” he says. “Still, I lose sleep at night wondering if I’ll have to lower them still farther.”

Because of this season’s early start, Sangha is expecting earlier-than-usual pressure from insects. In mid-May he applied abamectin to control mites and plans to follow up with an additional treatment, if needed, in four to six weeks. This month, he also sprayed Movento to counter the threat from vine mealybugs. That single treatment should carry him through harvest, he notes.

This year’s early start could give Sangha an extra 10 days or so to harvest the crop before the September 20 insurance deadline for laying grapes on trays.  Instead of starting to pick grapes as usual on September 1, his grapes could be ready by around August 20, he says.

By reducing vegetable production in the central area of the Valley, the drought might even free up more labor to pick the grapes this year, Sangha speculates.

“Right now, that’s just wishful thinking,” he says. “But, because of the one dollar per hour increase in the minimum wage this year, we’ll be paying more per tray to get our raisins picked.”