Tart cherry production is expected to rise by 2%, according to a NASS report. 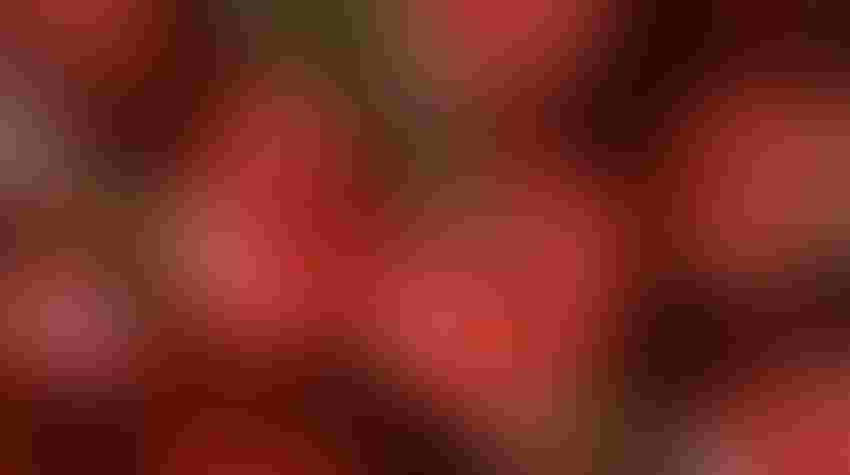 In California, most trees received adequate chilling hours, despite an unusually warm winter, the agency observes. The weather during the bloom was favorable, though the bloom was earlier than normal in some locations.

California anticipates producing 80,000 tons, up from 66,700 tons of production in 2020, according to NASS' Northwest Regional office in Olympia, Wash.

In Oregon, a relatively warm spring and low precipitation have weighed heavily on cherry growers, NASS reports. In Washington, several cold periods through the growing season forced growers to use smudge pots and other techniques to combat cold and winds in cherry orchards.

In Washington, tart cherries have experienced a relatively warm spring. Production in the Evergreen State is projected at 23.1 million pounds, up from 21.4 million pounds in 2020, according to NASS.

In Utah, this year's production is expected to be 36.5 million pounds, up significantly from the 28.8 million pounds harvested last year, the agency reports.

In Michigan, the largest tart cherry producing state, frosts and freezing temperatures have reduced the crop to a projected 65.6 million pounds, down from 69.3 million pounds a year ago, according to NASS.. Additionally, all growing regions in Michigan are suffering from drought and growers are irrigating where available.

In Wisconsin, a Memorial Day weekend frost has reduced yields. Production there is projected at 8.5 million pounds, down from 10.1 million pounds in 2020.