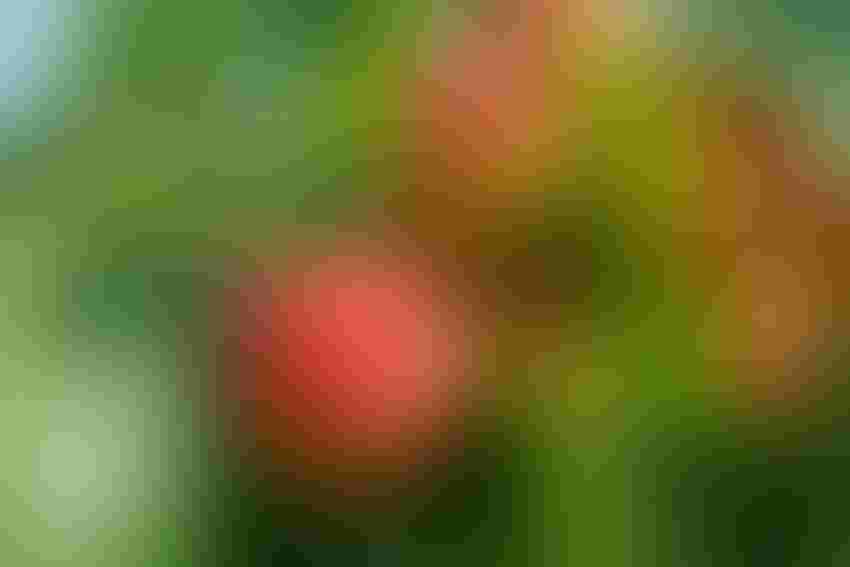 Peach producers are expecting good yield and quality and high demand from consumers this season. nata_zhekova / iStock / Getty Images Plus

Hill Country peach producers have been harvesting cling-stone fruit for more than a week, he says. So far, fruit quality looks good amid ideal finishing conditions, but yields may be down because progress was stunted by warmer-than-usual temperatures in January.

2020 was an odd year for peach producers, Kamas said.

Orchards received around 1,000 chill hours, which is more than enough for varieties requiring low- and high-chill hours. But January temperatures were warm enough to retract those chill hours and make conditions similar to a 750 chill-hour season, which is just enough or a little short for many high-chill requirement varieties.

“Trees were slow to produce, and it probably impacted some growers, but those who used growth regulators should be in great shape,” he said.

Kamas expects yields could be 20% lower than an average year, but growers are still expecting 100 pounds of peaches – 2 bushels – per tree. At $2.50 per pound, he said peach producers with direct-to-public sales should do well.

He expects prices on free-stone peach varieties will be even a bit higher per pound. 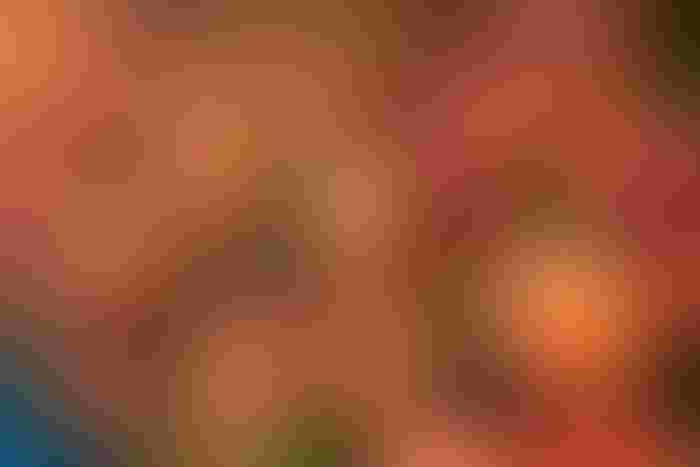 A major worry among growers was whether COVID-19-related shelter-at-home orders might disrupt the marketing period, Kamas said.

“That was the biggest question,” he said. “Peaches are relatively easy to grow under normal conditions but selling them is the hard part.”

Most towns have reopened, and orchards and fruit stands are selling direct to the public, Kamas said. Some “pick your own” growers are using online reservations to limit the number of people at any given time.

“Everything seems to be working well,” he said. “Some producers have had to be creative, but the demand for fresh fruit is there.”

Kamas said aside from the strange effect temperatures had on some trees, growing conditions have allowed the Hill Country peach crop to finish strong.

“Quality is good,” he said. “We’ve had timely rains and not so much that we’d see flavor dilution. Cool nights have also helped keep the fruits’ acids up. So, you have very good acid to sugar levels that give peaches that great tart but sweet flavor.”

Kamas said much of the region’s peach orchards have shrunk in size over the years. There are two producers with over 200 acres of trees, but most orchards consist of 30-40 acres.

Direct-to-consumer sales have reduced the number of growers willing to sell their peaches for wholesale prices. Consumers have also grown to prefer peaches allowed to ripen on the tree rather than harvested with time to ripen while in transit.

Producers reported crop damage from hailstorms. Wheat and oat harvests were delayed due to rainfall. Hay was cut and baled. Crops looked good. Corn was developing rapidly amid good soil moisture levels and warm temperatures. Earliest planted corn fields were now into R3-milky to R4-dough stage. Disease pressure in corn was light, however most fields were showing some Northern corn leaf blight advancing up the plant from the lowest leaves. Sorghum was starting to head out. Cotton was generally at the square stage and in excellent condition. Pastures were in good condition.

Recent rainfall limited fieldwork. Most crops were progressing well. Cotton and grain sorghum should see good yield responses to recent rains, but there was still concern as to how the corn would finish due to previous prolonged dry weather. Much of the cotton crop was in full bloom. Some late-planted cotton received too much rain in places. Fleahoppers were less of a threat, but field scouts were beginning to find low numbers of bollworm eggs in cotton. Weeds were also a problem. Herbicide and plant growth regulator applications continued as weather allowed. Sorghum was quickly maturing, but the tilled crop produced additional heads due to recent rains. Tillering may complicate harvest in some fields. Rangeland, hay fields and pasture conditions were very good with adequate moisture. Livestock remained in good condition.

Warmer, drier weather across the district was beneficial for producers. Hay production was in full swing. Sabine County reported that higher temperatures and lack of rainfall allowed for harvesting bottomland meadows. Pasture and rangeland conditions were good. Subsoil and topsoil conditions were adequate. Weed control practices were being utilized. Cattle prices fell lower across the board. Livestock were doing fair to good. Grasshopper infestations were reported in Gregg County. Wild pig activity remained a problem for many producers.

Most counties were suffering from lack of rain. Some received rain showers with totals ranging from trace amounts to 1.1 inches. Warm temperatures and strong winds dried the recent rainfall quickly. A few farmers were expected to replant due to heavy localized rain. Irrigated early cotton made good stands. A few farmers were still planting pumpkins. Cattle were in good condition.

Topsoil moisture levels were short to adequate. Some areas received no rain, while others reported 1-3 inches of rainfall. Daytime temperatures were in the high 90s with 10-15 mph sustained winds. Conditions dried soil moisture. Rain was in the forecast. Producers were busy fertilizing and planting several hundred acres of sesame in Hunt County. Flies and heat were stressing livestock.

Temperatures averaged in the upper 100’s to mid-50’s. No precipitation was reported. Small grass fires are reported daily. Irrigation is holding on as demand is not too severe at this point. Cotton was still being planted in the farmland in the northern part of the region. Corn and sorghum were showing more stress every day. Wheat harvest was complete. Pecans were coming along around the community and in the small orchards, producers were hopeful for a good crop. We did find some lecanium scale in some orchards, some farmers were concerned and sprayed. Range conditions were still holding up, however rainfall was very much needed. Livestock were still in overall good condition countywide and some producers were preparing to wean spring-born calves roughly weighing in the mid to upper 400-pound range. Producers were continuing to feed livestock and wildlife.

Hot daytime temperatures were drying soils quickly, and vegetables were requiring irrigation to maintain growth. Pasture forages were in good condition. Temperatures were in the 90s. Rangeland and pasture ratings were excellent to poor with good ratings being the most common. Soil moisture levels ranged from adequate to surplus.

Traces of precipitation were reported across the district with a few isolated showers. Temperatures were in the 95-100 degree range most days. The weather led to declining pasture and rangeland conditions, but overall remained good. Peach harvest was in full swing with the clings coming off. Corn, sorghum and cotton continued to do well. Wheat and oat harvests were mostly complete with average to above average yields reported. Bermuda grass hay was being cut, while early planted Sudan was within a week of being cut and Kleingrass a couple weeks out. Most home gardeners were harvesting vegetables. Later-planted crops like okra and squash were coming on well. Livestock were in fair to good condition. Spring marketing of calves continued. Wildlife were in good shape with reporters seeing lots of fawns.

Temperatures were in the 90s in most areas. Soil moisture levels ranged from very short to adequate. Potato harvest continued, and peanut planting was in full swing. Corn fields were starting to mature, and cotton was in the squaring stage. Pasture and rangeland conditions were fair to good. La Salle County reported over 1 inch of rainfall. Some producers in Duval and Zapata counties reported 3-4 inches of rainfall. Rains have improved pasture and rangeland conditions. Ranchers were reporting good fawn numbers and grass for cover. Culling of cattle herds slowed due to prices and improving conditions. Livestock were in good condition. Coastal Bermuda grass looked good and was producing hay bales. Other crops like watermelons and cantaloupes were producing a good harvest. Corn, cotton and pecans all made good progress. Both irrigated and dryland sorghum were at seed head development. Wheat harvest and onions harvests were completed. Ranchers who planted haygrazer received adequate rain for plant growth.