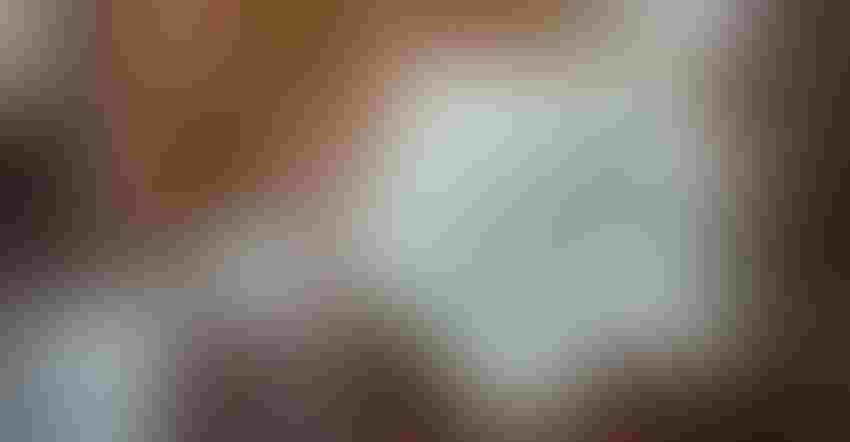 REDUCE RISK: Significant mold in feed can result in production losses between 5% and 10%, even without the presence of mycotoxins. Photos courtesy of OSUE

Now that we are getting into the summer months, moldy feed might not be on your mind right now, especially if your livestock are grazing. But now is a great time to be cognizant of the conditions that lead to moldy feed in the winter months. The conditions that forages are grown and harvested in can determine the risk of mold developing later in storage.

First, let’s talk about what mold is. When we say something appears “moldy,” it usually has a dusty or fuzzy appearance or seems off-color. Maybe it produces a certain moldy odor. While many microbes might be referenced when we say mold, it is usually one group of microbes that is causing the problem: fungi.

In the U.S. and Canada, mold can be attributed to about $5 billion in cost. This not only includes the loss of feed, but also costs from vet bills or even loss of animals that consume contaminated feed — and develop a mycosis, or disease, caused by a fungus.

Mycoses may result from inhalation of spores or from mycotoxins produced by certain species of fungi under specific conditions. Oftentimes, many individual animals on a farm may show symptoms of mycotoxin contamination if they have a shared feed source. These symptoms may include reduced feed intake and efficiency, inflammation and lameness in extremities, gastrointestinal upset, reduced fertility, an increase in the number of abortions, and decreased milk production, among others.

Symptoms may appear within a matter of days or weeks and are more often chronic than acute. Cattle, sheep and goats tend to be more tolerant to mycotoxin contamination, while equine animals and other non-ruminants are more vulnerable.

Beyond mycotoxin and spore production, many of these mold-causing microbes reduce the overall quality of feed as well. Many fungi are decomposers — that is, they break down nutrients and dry matter. This can lead to reduced intake of energy and nutrients in animals and reduce the digestibility of feed. Significant mold in feed can result in production losses between 5% and 10%, even without the presence of mycotoxins. Certain species of fungi can increase activity and temperature when hay is wet, thereby increasing the risk of spontaneous combustion. 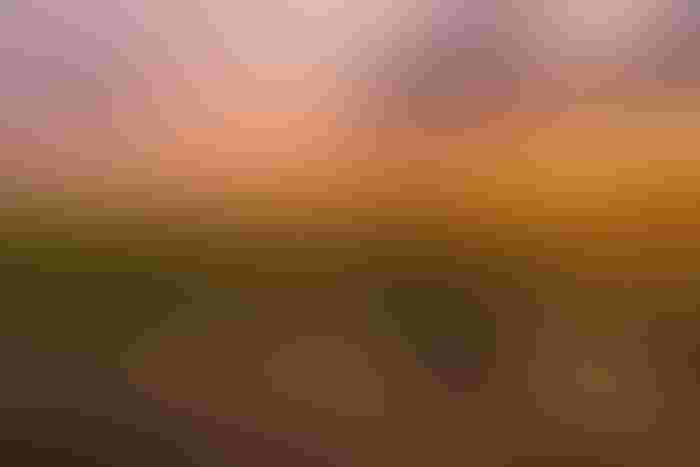 HARVEST: The conditions that forages are grown and harvested in can determine the risk of mold developing later in storage.

How much mold is too much?

Most hay feeds have an estimated 10,000 mold organisms per gram of forage, or around 1% biomass of the hay. This is normal and of no cause for concern. However, when mold becomes visible to the naked eye, the count can reach up to a million or more organisms per gram, or about 10% fungal biomass. At this stage, animals may start to avoid these contaminated feeds.

When does mold become a problem in pastures and feedstuffs? It often starts at crop growth and harvest. Wet summers or harvests can create conditions optimal for mold growth. In hay, moisture levels above 15% can result in mold growth.

Plant stress, whether caused by extreme environmental conditions, insect damage or other factors, can exacerbate the occurrence of mold. Wet hay with many seed heads or weed seeds, corn or sorghum silage not packed well, or wet byproducts are the most vulnerable feeds. Haylage, due to its higher moisture content, is also more susceptible.

So how do we prevent moldy feeds? The first step is common sense — harvest at the right time during dry weather and store at adequate moisture levels avoiding exposure. But this is easier said than done during years where we have constant rainfall throughout the summer months. Purchasing mold-resistant varieties may be an option if available. Microbial additives, acetate and other hay preservatives that can compete with mold-causing fungi and limit microbial development, or potassium or sodium carbonate that can speed the drying process, can be used with other practices, but should not be considered a silver bullet. If grain or hay has more than 15% moisture, it should be used first, so it doesn’t sit out for too long. Make sure new barns are constructed to prevent conditions optimal for mold growth.

Some mold development in feed is unavoidable. Avoid giving moldy feeds to more vulnerable livestock, such as horses or young or lactating animals. Get your feedstuffs tested for quality, whether through forage or general feed testing. Acid detergent-insoluble nitrogen, acid detergent fiber crude protein, and insoluble crude protein levels can help identify if there is a mold issue. In the event that feed is suspected of containing mycotoxins, avoid using it. Submit a sample for mycotoxin testing if symptoms, health and performance cannot be explained by other factors.

Lyon is the agriculture and natural resources Extension educator for Jefferson and Harrison counties and a member of the OSU Extension Beef Team. The Beef Team publishes the weekly Ohio BEEF Cattle letter which can be found at beef.osu.edu.