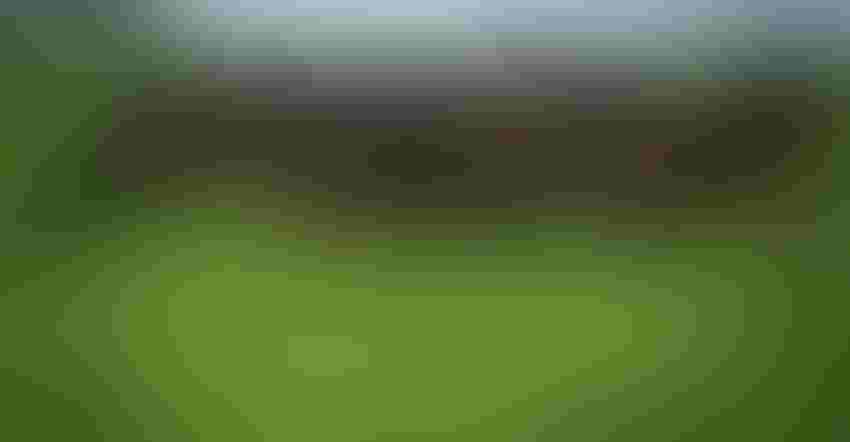 WATCH FOR SEED: A wild weather pattern across Missouri has prompted some pastures to develop seed heads instead of leaves. Researchers warn that for cattle grazing fescue, this could be a problem.Kyle Spradley, MU CAFNR

After a long spell of weather stress, pastures, especially of tall fescue, may set seed heads instead of leaves. Missouri pastures had two extreme-weather seasons, winter and spring.

Problems with seed
Roberts warns that forages under stress may set seed heads early this year. Unstable weather can trigger a survival response. The plants create seeds to ensure continuation of the population.

“If recent rains and temperatures continue in April, spring forage growth could be great,” Roberts says. “If not, pastures may look lush, but be stems and seeds instead of leaves.”

Grass seed stems do not provide nourishment for grazing herds. This is true in all grass species, but tall fescue carries a potential threat. Most Missouri pastures are in tall fescue, and most of that is toxic Kentucky 31. The toxic alkaloids concentrate in stems and seeds.

The toxin comes from an almost-invisible fungus growing between fescue plant cells. The alkaloids protect fescue plants by repelling insects, fungi, diseases and even grazing livestock.

Toxins create problems
Alkaloids create heat stress in cattle. They stop eating to stand in shade or cool water. In winter, the vasoconstrictors cut blood flow to body extremities — the feet, ears and tail. That can cause frostbite, or the more serious “fescue foot.” Cattle losing frozen hooves must often be put down.

Many other side effects occur. The toxin cuts weight gains, conception rates and milk production.

Forage specialists urge replacing toxic fescue with a new variety of fescue that carries nontoxic endophyte. Plant breeders have inserted a natural, nontoxic novel endophyte into fescue to protect the plant. Fescue needs an endophyte to survive, but not the toxin.

Producers try to control the loss through management.

The toxic fungus concentrates in the seed to propagate the grass and the fungus into the next generation.

Time to clip pastures
This year may require clipping seed heads with a mowing machine, as the seed stems develop early. Usually, tall fescue becomes most toxic around June 1, when seed matures.

To clip, set the mower blade high enough to cut the seeds but not clip the grass.

Another preventive is to move cattle from cool-season grass onto paddocks of warm-season grass.