Are your alfalfa management practices contributing to the problem? 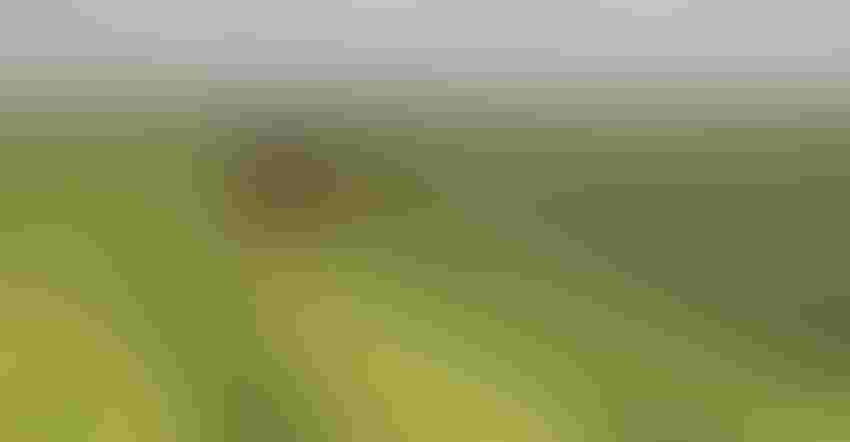 ALFALFA MANAGEMENT: While you can’t control the weather, there are a number of management practices that can help minimize winterkill in alfalfa. ImagineGolf/getty images

According to Don Miller, director of product development at Alforex Seeds, there are a variety of reasons alfalfa can winterkill. While you can’t control the weather, a number of management practices can help minimize winterkill in alfalfa, he said.

“Select a variety with an appropriate fall dormancy rating,” he said. A rating of 1 means the variety is adapted to cold climates. A rating of 10 means it is adapted to warm climates. “A winter survival rating value of 2.3 or lower will give you some assurance of adequate survival. It will have good odds of surviving winters in the Upper Midwest.”

Miller also recommended that producers select a variety with good disease and pest resistance. Unhealthy plants are more likely to winterkill, he said.

“You can pick the best alfalfa variety in the world, but if you don’t fertilize it, it isn’t going to survive,” Miller said. “If the field wasn’t fertilized during the summer, topdress any needed potassium in early September to prevent winterkill. Potassium is important for winter survival.”

He acknowledged that most producers prefer to cut alfalfa every 28 to 30 days, when alfalfa is in the pre-bud stage, to get higher protein. But he advised farmers to wait at the end of the season, and cut alfalfa when it is in the 10% bloom stage to minimize plant stress and allow alfalfa roots to recharge.

“If we cut at pre-bloom, we put that plant in a deficient situation going into fall,” Miller explained. “You can push the envelope in spring and cut at 28 to 30 days, but you want to take that last cutting 30 to 35 days after you took the previous cutting. This is one of the most important management tools a producer can use.”

Miller said most Midwest growers usually don’t cut hay after Sept. 10. He cautions those who want to take a cutting in October to think about how badly they need that last cutting. Cutting in October is especially hard on older alfalfa stands.

“Leave 4 to 6 inches of alfalfa to catch the snow,” he advised. Snow cover insulates alfalfa and protects it from winterkill.

Miller said weather has a lot to do with winterkill, and farmers have little control. Some common causes of winterkill due to weather include:

Too much or too little moisture. Soils with average soil moisture or slightly drier during fall and winter have less winterkill.

Freezing and thawing. “The freezing and thawing of wet soils during winter can result in the alfalfa crowns being pushed out of the ground 2 to 3 inches, which can cause them to freeze and winterkill,” Miller said.

Ice. If ice covers fields more than 30 days, it can cause winterkill due to a lack of oxygen. “This generally happens in low areas of a field,” he said.

No snow. Poor snow cover or open winters can cause crown damage and winterkill. Open winters are especially hard on older alfalfa stands.

“Alfalfa plants can withstand very cold temperatures as long as the temperature changes are gradual,” Miller said. “However, once alfalfa plants break dormancy, they may experience winterkill.”