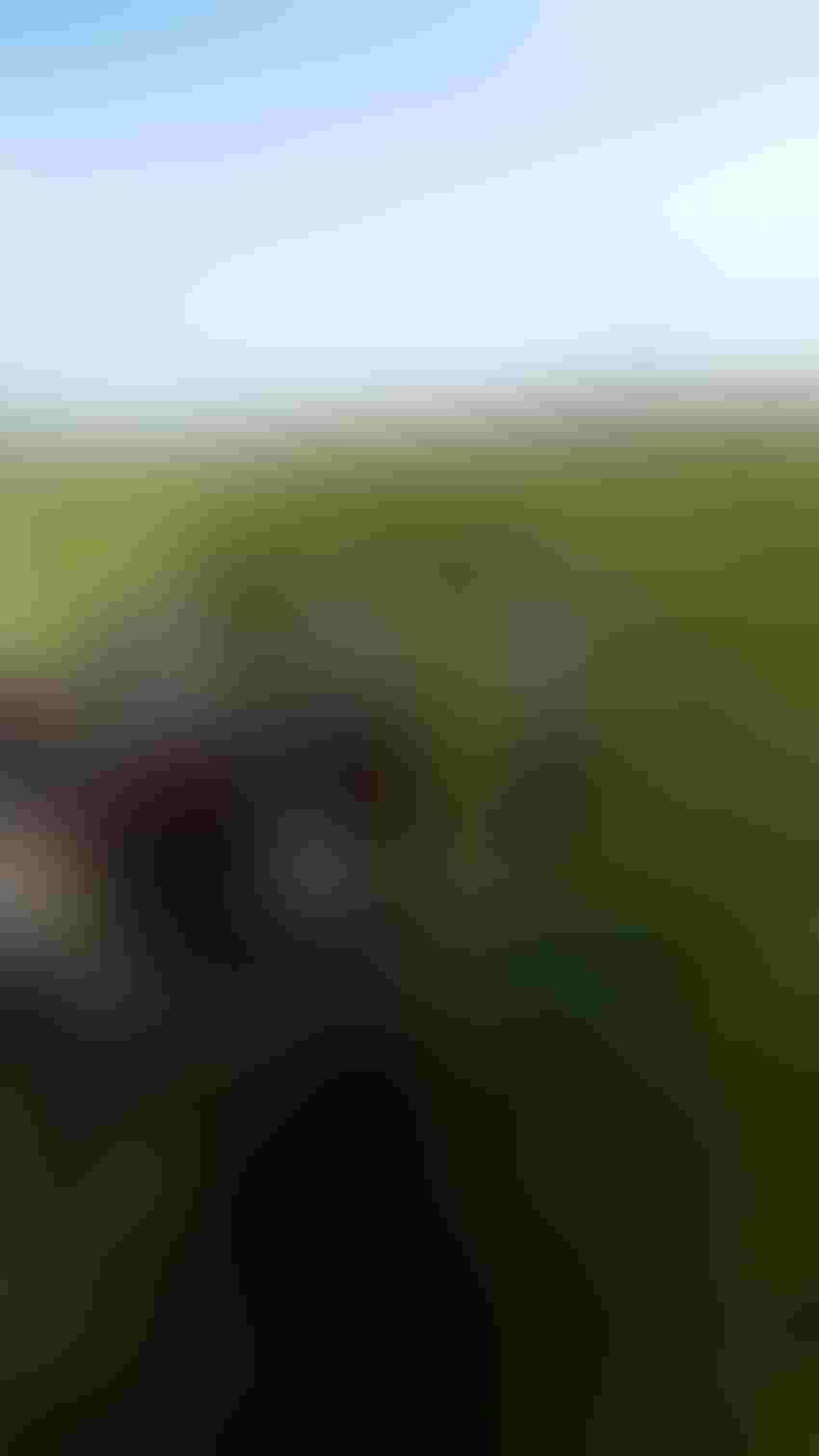 Soybeans planted in this standing rye were rolled and crimped several weeks later based on seedling emergence and rye growth.Image courtesy Will Glazik

If you’re considering a roll and crimp tactic on cover crops for weed control, here are considerations regarding an overall cropping plan.

Cover cropping no-tillers have found a new way to control weeds, cut costs and improve their soil in a single pass. Roll and crimp, a technology developed for organic farmers—combined with planting green into flowering rye—is changing weed control from Wisconsin to the Missouri Bootheel.

Erin Silva, organic and sustainable cropping systems specialist, University of Wisconsin, was surprised at the widespread interest among conventional farmers in her work with a Rodale Institute crimper design.

"I get a lot of emails and phone calls from farmers about their successes and failures," says Silva. "It's another tool in their weed management strategy to fight herbicide resistance while integrating cover crops into their rotation. Even if you use herbicides, you can use less or lower the rates."

Silva planted soybeans into boot-stage cereal rye and then came back two to three weeks later to roll and crimp the rye when it was at anthesis stage (dropping pollen) but before it goes to seed. In Wisconsin, the soybeans would typically be at V2 or V3 stage when cereal rye reaches anthesis. Silva reports no substantial impact on population and, more importantly, no yield loss when rolling and crimping over the beans.

"With herbicides, you can terminate early, but organic growers benefit from waiting until anthesis, as the heavy mulch gives decent weed control until canopy closes," says Silva. "If we aim for 8,000 pounds of biomass per acre, we get good weed suppression through late July."

It is that longer, later, weed control that has non-organic growers adopting the practice. Central Illinois crop consultant Will Glazik tried rolling and crimping on his farm in 2017, as well as on participating client farms, both organic and conventional. Like Silva, he used the Rodale type crimper from I & J Manufacturing.

"We covered about 1,200 acres and saw phenomenal weed control," says Glazik. "Conventional clients cut their chemical inputs and got better bean stands with less weeds than neighbors using overlapping residuals and burndowns. Only a couple of farms came back with a post application after rolling and crimping."

Glazik and his clients tried different approaches. He planted into still green rye that had been rolled and crimped. He reports getting about 80% kill of the rye that way. Others planted into standing rye, waited for anthesis and then sprayed the rye with a burndown of glyphosate, AMS and Sharpen a day before rolling and crimping. Results differed from growers who no-till planted into chemically terminated rye.

"Rolling and crimping after spraying provided a 100% kill, with the Sharpen picking up any broadleaves and the glyphosate getting the rest of the rye," says Glazik. "The rolling and crimping gave them a heavy flat mulch that nearly eliminated sunlight from reaching the soil and weed seeds, kept the soil cooler into the season and retained moisture. It also allowed more sunlight to reach the young seedling than no-tilling into terminated rye."

Farming in the Bootheel of Missouri and facing weeds with up to five types of herbicide resistance, Tyler Perkins has seen similar benefits from rolling and crimping tall rye. He practices a modified no-till on his 1,800 acres of corn, soybeans and cotton, building narrow beds in the fall and planting a three-way mix of Austrian peas, black oats and rye following corn. Late harvested cotton and soybeans get seeded to cereal rye, often with vetch.

Come spring, an early season application of 2,4-D or dicamba terminates or stresses the legumes and any broadleaf weeds, leaving the rye and black oats to grow until termination at a later point by rolling and crimping.

He points out that hairy vetch is a nightmare if you try to work in it too soon after termination, noting that it will tangle up equipment like wire. By hitting it with dicamaba early, it is brittle by the time he plants into it or rolls it.

The combination of covers and roll and crimp is increasingly popular with customers of his crop production equipment business, Perkins Sales. Some do as Perkins does, planting into rye that can reach shoulder height or higher and then waiting until the crop emerges to roll and crimp with a roller from Harrell Ag Products or a modified rice roller.

Others are going with the ZRX Cover Crop Roller Crimper from Dawn Biologic and rolling the rye as they plant. Still others are mounting the Dawn units on toolbars and rolling the rye before planting, relying on RTK to plant in the path of the double disk row cleaners. The goal in all three methods is the same, getting sunlight to the seedlings while leaving a thick mulch between the rows.

"That warm black strip lets the plant shoot up to V5," says Perkins. "It is a critical time for the plant to have food and light."

Perkins and his roll and crimp customers are using the practice not only on soybeans, but also on corn and cotton. Herbicides, in addition to the early burndown, increasingly consist of a banded residual over the row and an application of glyphosate or paraquat just before rolling or over the rolled covers to ensure they stay down. Timing is critical if applying before rolling.

"If you roll it within a day of a burndown, it will be okay," says Perkins. "However, if you wait two to three days, it will roll, but not crimp." 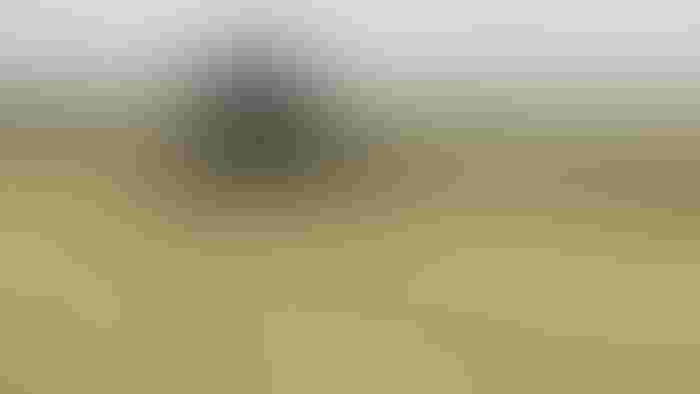 In addition to weed control, those who opt for rolling and crimping are seeing substantial water management benefits. Flood irrigation is common in much of the Bootheel.

"The water wicks into the soil better, and we are reducing our irrigation by two to three waterings," says Perkins. "Longtime wet spots are no longer a problem, and we don't have ruts in the fields."

He notes that the massive amount of biomass with late season termination is great for adding organic matter, but it does tie up early season nitrogen, which may require an early season application on corn. It can also increase damage from rodents and voles, as well as attract early season cutworms, although here, too, the cover crops can be a benefit.

"If the cover is still green when the corn is emerging, they will feed on it, and pressure on the corn won't be as bad as a bare field," says Perkins. "Plus, we also have more beneficials in the covers that help take out the cutworms. Slugs can be an issue in soybeans and may require changing the variety or the mix of cover crops or require terminating earlier."

Perkins is quick to point out that there is no perfect, across-the-board solution. "You have to be willing to put in the effort, selecting cover crops based on your soil structure, rotation and needs for fertilizer and moisture, " he says. "With equipment, you have to modify with the equipment components that work on your soils and cover crops. "