The insulation factor from a covering of snow can help alfalfa and grass forages survive the cold. 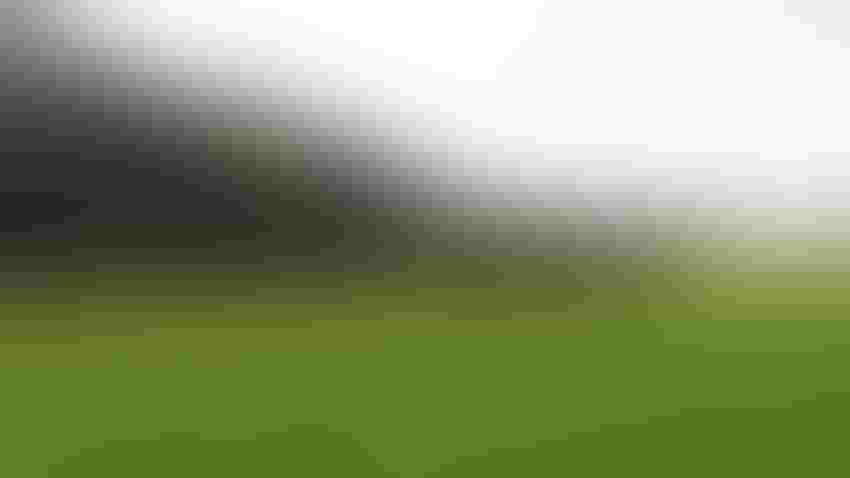 SNOW MAKES HAY: A healthy covering of snow in the winter can make for a great alfalfa crop in the summer. Curt Arens

For alfalfa, snow is a winter gift, and winter storms that have affected many parts of Nebraska and the Great Plains brought anywhere from several inches to a few feet of snow.

Snow helps alfalfa survive the winter, plain and simple. A warm fall will allow some alfalfa to winterize well and prepare for consistent cold temperatures. Plants do this by putting high concentrations of nutrients in the roots and crown to withstand temperatures down to 5 degrees F.

Air temperature is colder than soil temperature. So even if the air is well below zero degrees, the soil will not be. With a layer of snow acting as insulation on the soil surface, the soil and roots of the alfalfa will be much warmer than bare soil and the air temperature.

This layer of snow also protects the moisture in the roots and soil from being lost to evaporation. This is especially important with new seedings of alfalfa, or alfalfa and grass mixtures that need to maintain root moisture. If the soil dries out, desiccation, frost heaving and greater swings in soil temperature can result in higher levels of winterkill across a stand.

Having some stubble at the end of the growing season is a great way to catch this much-needed snow. If a late-season harvest is unavoidable, cut high to ensure snow trapping stubble can still function. In an ideal situation, this snow insulation, winter-hardy variety selection — and this is so important — and alfalfa given the chance to properly winterize in the fall will keep winterkill to a minimum.

Snow is a great insulator and can help alfalfa and grasses survive winters. Even if you aren’t dreaming of more snow, your alfalfa probably dreams for it every year. Learn more by calling 308-352-4340 or emailing [email protected].

Daniel is a Nebraska Extension water and cropping systems educator.