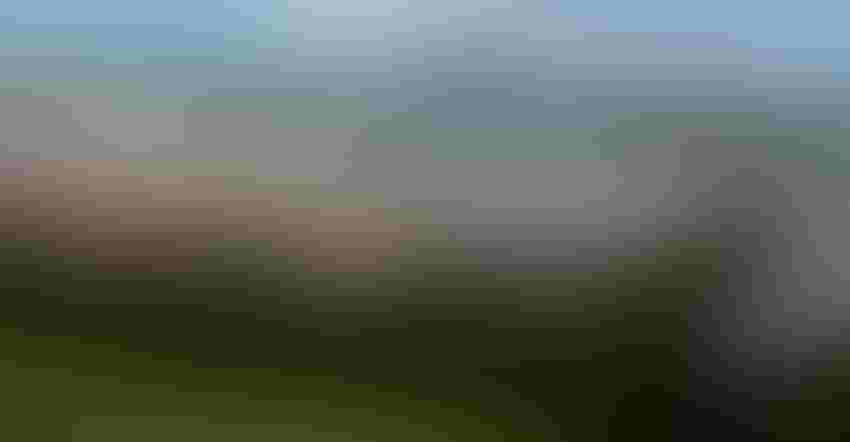 FLEXIBLE FORAGES: Grasses and other forages can be used in a variety of dairy diets, depending on quality. Forages should be harvested at the optimal stage when used to feed cows. More mature forages can be fed to dry cows and heifers. Paula Mohr

“Using grasses and alternative forages is nice because they allow for in-season manure applications,” he said. “Grasses offer better fiber digestibility, and cover crops like rye are useful as soil cover in winter. You could even double-crop with cover crops, even in Wisconsin.”

Recent research at Marshfield with perennial grasses — festulolium (a perennial Italian ryegrass and meadow fescue cross), perennial ryegrass, tall fescue, orchardgrass and meadow fescue — showed that yield and quality can be high, with the right fertility and harvest management. Yields across four to five cuttings in 2021 yielded 5 to 6 tons of dry matter from the cool-season grasses. Each also received 40 pounds of nitrogen per cutting.

“That is key — 40 pounds of N after each cutting, either from manure or commercial fertilizer” Akins noted. “Grasses do not take up N from the soil, so you need to fertilize.” The meadow fescue had the lowest yield among the grasses, yet fescues have better digestibility.

Research with Italian ryegrass looked at various levels of N applications across five cuttings. Thirty to 60 pounds of urea per acre per cutting and a manure application of 8,000 gallons per acre were cost-effective. The ryegrass was seeded May 1 at 20 pounds per acre, with first harvests July 11 and then at 22- to 28-day intervals.

The highest yields were harvested in the first cutting, 1.5 to 1.6 tons of dry matter. Overall, yields average 4 to 5 tons per acres in a four-cut system. Crude protein ranged from 12% to 25%; relative forage quality, from 140 to 160.

“If I were to harvest this, I wouldn’t take a fifth cut — and instead, delay the fourth cutting by a week or two,” Akins said. “Doing so, you would still get additional yield.” He noted that farmers like Italian ryegrass since it provides lots of leaves and little stem.

In winter triticale trials in 2016 and 2017, weather negatively impacted the latter year. The crop was planted in the fall, serving as a cover crop, and was harvested in the spring. Researchers evaluated the effects of growth stage on cereal grain quality, and found that for lactating cows, it’s better to harvest the crop in the boot stage when neutral detergent fiber is good quality, around 45% to 50%.

“You need to know who you want to feed it to, though,” he added, noting that if you let it go too long, stems get hollow, and it is hard to pack. So, it should be harvested before that stage.

With forage sorghums, Akins recommended brown midrib varieties for lactating cows since they are higher in energy. With sorghum forages, you can take multiple harvests. Researchers planted the crop in mid-June in trials and took the first cutting 40 to 45 days later, when it was around 36 to 40 inches tall. Then, a second cutting was taken either in mid- to late September, allowing for a cover crop to be planted, or in mid- to late October. Be mindful of the sorghum forage variety, however.

“Some have a photosynthesis trait, so there is no signal for the plant to dry down,” Akins said. “You have to cut and wilt it to get it where you want for harvest — when you cut it in mid- to late September, and let it sit for two to three days and then chop it. You reduce the chance of freeze-dry.”

“Cocktail” forage mixes are popular in northeast and central Wisconsin, especially after cereal grains are harvested, Akins noted. These are a mix of warm- and/or cool-season annuals, and sometimes perennials. In UW cocktail forage plots, researchers planted a mix of sorghum-sudan, Italian ryegrass, red and berseem clover and hairy vetch. They saw dominant species vary across harvests and locations. Consistent, however, was the need for nutrients, such as nitrogen, for growth.

When feeding cocktail forages to dairy cattle, Akins said each cutting must be tested.

“Testing is critical, as quality can vary,” he said. This forage mix can be swapped for other grasses or alfalfa in rations, as it provides good digestible fiber and soluble carbohydrates. It can be used in dry cow rations, too, depending on mineral content. Potassium can get high, so it is critical to get a mineral test, he added. And if quality is low to moderate, it can be fed to heifers.