Tractor Treasures: A Massey-Harris Challenger is one of several Massey tractors on this farm. 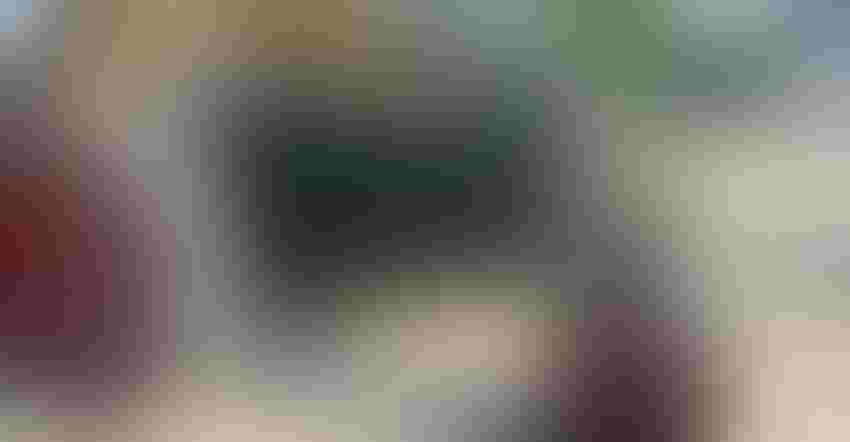 OLD MADE NEW: This Massey-Harris Challenger on Roger and Nick Wenning’s farm looks new. Ironically, folks in the background gathered to learn about cover crops, a 21st century phenomenon that was also popular when the Challenger debuted in the ’30s. Tom J. Bechman

Before Massey-Harris tractors were red with yellow trim, there was the Massey-Harris Challenger, sporting a shade of dark green. When that tractor was originally on the scene, most farmers practiced crop rotations. Those rotations often made room for cover crops, like cereal rye, barley or wheat. Some people called them “green manure crops” in those days because they were often turned under with a moldboard plow.

It was only fitting that Roger and Nick Wenning, Greensburg, Ind., parked this Massey-Harris Challenger in the barn lot where visitors to their conservation field day could see it from the cover crop plots. Several leading no-tillers in the U.S. were there to talk to local farmers about the value of cover crops. Like when the Challenger was first introduced, cover crops are gaining popularity again.

According to tractordata.com, the Challenger was how Massey-Harris moved into the row crop tractor market, dominated at the time by International Harvester. The Challenger was produced in Racine, Wis., from 1936 to 1939, with 14,000 units built. Early models were green with yellow lettering and red wheels. Later models in the series were red and yellow.

The Twin-Power feature was introduced on 1938 Challenger tractors. This feature allowed it to operate at higher rpm and deliver more horsepower on the belt. Massey-Harris made the engines that powered these tractors.