Since vaccination is never 100% effective, industry research is focusing on natural prevention. 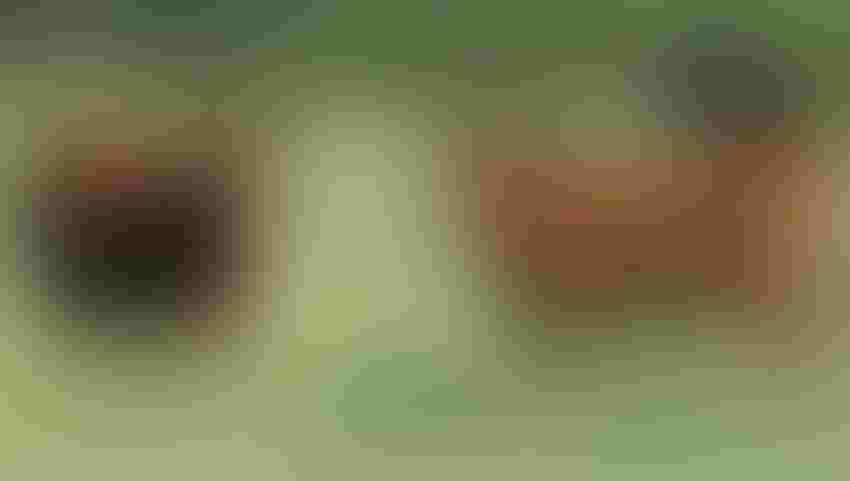 Bovine Respiratory Disease (BRD) has been one of the greatest disease challenges in the cattle industry for many years, but only acquired this name in the past few decades.  It was earlier just called shipping fever.

Dr. Robert Cope (Salmon, Idaho) says that when he went to vet school in the early 1970’s he was taught that this was a complex disease that consisted of three parts: a virus (Parainfluenza-3), a bacterium (Pasteurella), and stress.

“In recent years, it became apparent that more factors are involved.  The list of pathogens now known to contribute to BRD includes several bacteria (Mannheimia, Hemophilus, and Mycoplasma), the viruses IBR, BVD, BRSV, and probably some others that may not have been identified yet.”

When considering a vaccination program to prevent respiratory disease, Cope says that both viruses and bacteria must be included.

“Although many calf pneumonias result from bacterial complications of a viral infection, this is not always the case.  We have found that stress, as when the environmental temperature differential between daytime highs and nighttime lows is 40 degrees or more Fahrenheit, primary bacterial pneumonia (mainly Pasteurellosis) becomes common.  When this differential exceeds 50 degrees, this bacterial pneumonia becomes a major problem,” says Cope.

Thus the primary focus for most cattle producers is prevention.  Since vaccination is never 100% effective, research has also been looking into ways to select and breed cattle that have more disease resistance.  Some cattle seem to have stronger immune systems and less illness than others.

Now that genetic research has given us tools to select for (and against) certain genetic traits in cattle, several groups of researchers have been looking into genetic approaches to select for cattle that are less susceptible to disease.

Alison Van Eenennaam, PhD, Animal Genomics and Biotechnology, University of California, Davis, says their trials utilized large populations of animals that got sick with BRD, and control groups that had the same exposure and did not get sick.

“We genotyped all those animals, looking at DNA markers in the genomes of those two groups,” says Van Eenennaam.

“Even if we can come up with a genetic test, however, we’d still have to do all the management strategies to minimize incidence of BRD (vaccinate cattle, handle them with less stress, etc.) but this genetic knowledge would give us one more tool to try to decrease problems.  This would be especially helpful in feedlots, where most deaths occur.  These losses are a huge drain on the industry and result in more antibiotic use.  If there is something more that we can do to minimize this, it would be good for sustainability of the beef industry, as well as public perception of the industry.”

Genetic selection starts with seedstock breeders and the cow-calf producer.  The feedlot industry is affected most dramatically by BRD, but the cattle coming in—whether they are disease resistant or not—were selected and bred by the cow-calf sector.

The genetic project involved both beef and dairy cattle.  The beef side is more challenging because there are more breeds involved.  “We found that if you develop a test that works well in one breed, it may not work as well in others.  We hope to eventually identify markers that work well across breeds, but this will be more difficult,” she says.

“There are also multiple genes involved.  It’s not a single-gene trait like horns and polled.  Most of the time, it is a complex trait controlled by many genes,” she says.

“There’s no predictive test available in beef cattle at the moment.  The success we’ve had as it relates to selecting animals has been a genomic selection approach, with very large data sets in one breed, such as Holstein.  The dairy folks have had some success; if you look at current genetic evaluations for various genetic diseases in dairy cattle, there is now a health index they can use and it includes estimates for things like ketosis, metritis and some of the other classical diseases in dairy cattle, including BRD.”

There are many beef breeds, however, and it’s difficult to get sufficient data—even in Angus, which is the largest breed—to develop accurate predictions for diseases, especially for something like BRD, since you may not know how the animals you selected and raised perform in the feedlot, if you don’t retain ownership.

“In our research various small-effect gene locations were identified, but none are sufficient to create a commercial genetic test,” says Van Eenennaam.  Through this process, however, we’ve learned more about the inheritance of disease susceptibility or resistance.

“The trait of getting sick with BRD is heritable.  It does not have high heritability, but if we had some good indicator traits we’d be able to select animals that are less susceptible to disease.  We need records from the database of each breed association and this gets complicated,” she says.  Some breeds are working on this.

The challenge with making it work across the entire beef industry is the many breeds and individual operations involved and lack of information coming back from the feedlot to the breed associations.  “It’s not impossible to select for animals that are less susceptible to disease; it’s just that you need these records.”

The commercial cattleman (who doesn’t keep as many records) gets some help with genetic resistance to disease just by crossbreeding.  A study published in 2005 followed pre-weaned beef calves over a 20-year period and found that increased heterozygosity of calves decreased the incidence of BRD compared with purebred cattle. Calves that were Continental × British or tropically adapted × British breeds had a lower incidence of BRD than did calves of British × British breeds.  Heterosis is a powerful tool for improving fertility, health, and longevity in cattle.

“There are still a large number of commercial cattlemen who are utilizing just one breed and not taking advantage of crossbreeding.  As geneticists we wonder why this message (about the advantages of heterosis) is so hard to get across,” she says.

“There are plenty of non-genetic things that can be done, however, to improve the health of feedlot cattle.  We can crossbreed, vaccinate, wean before shipping, and background those cattle.  Those four things would probably do more to reduce BRD problems than anything we can do with a genetic marker!” says Van Eenennaam.  Crossbreeding unrelated animals creates hardier individuals.