&bull; Paul Dennison, a grower of various horticultural crops and tobacco in Horse Cave, Ky., hopes to eliminate an energy bill this winter after installing a biomass gasification boiler this past spring at his farming operation. 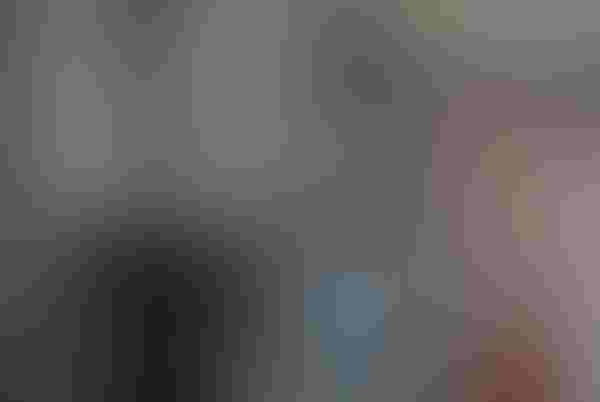 As the temperatures drop, many people are wondering how they can reduce winter energy costs, and one Hart County producer may have it figured out.

Paul Dennison, a grower of various horticultural crops and tobacco in Horse Cave, Ky., hopes to eliminate an energy bill this winter after installing a biomass gasification boiler this past spring at his farming operation.

“If this thing is as efficient as I’m hoping, we won’t have to buy any more propane,” he said.

Dennison installed the boiler with the help of Chris Clark, Hart County agriculture and natural resources agent with the University of Kentucky Cooperative Extension Service. Clark connected Dennison with personnel in the UK Department of Biosystems and Agricultural Engineering, who were conducting on-farm energy audits for farmers as part of a grant the UK Cooperative Extension Service received from the U.S. Department of Agriculture.

The audit helped Dennison determine whether the boiler might be more efficient than his current heat source, propane. The audit also helped him secure partial funding for the project from the Governor’s Office of Agricultural Policy’s On-Farm Energy Efficiency and Production Assistance program, part of the American Recovery and Reinvestment Act.

“The boiler is energy efficient and environmentally friendly,” Clark said. “I think it addresses a lot of issues that we’re looking at as a nation in being ecologically sound.”

Dennison’s boiler provides heat for his five greenhouses, a roadside market and other buildings, which previously used 2,000 gallons of propane each winter.

He uses wood from old fencerows and the forest on his farm to heat the water in the boiler. The boiler pipes the water underground to an air-heat exchanger, which blows warm air into each of the structures.

The unit is rated at 95 percent efficiency, and Dennison was impressed with the amount of heat it produced during the short period it was active in the spring.

“It’s amazing how much heat will come off the radiator,” he said. “It really feels like a big gas furnace.”

In addition to lowering his energy costs, the boiler may help Dennison keep his roadside market open longer this year.

“We might possibly decide to stay open until Christmas, because if the stove proves to be efficient, we won’t have a heating bill to contend with,” he said.