&bull; The system uses solar panels to power an electric well pump that provides water for cattle on isolated pastures.&bull; It has been used for the past year in Madison County where a farmer found that less than five hours of sunlight a day was enough to keep water tanks full. 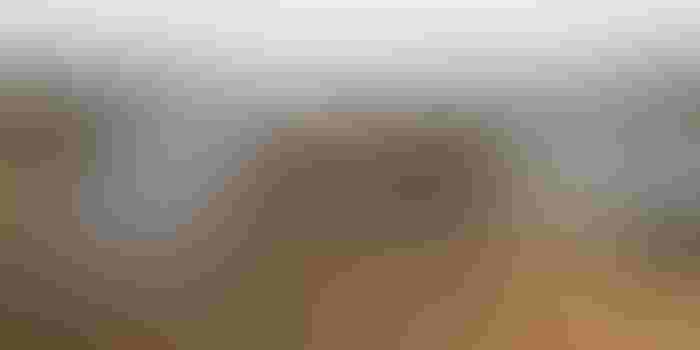 The system uses solar panels to power an electric well pump that provides water for cattle on isolated pastures. It has been used for the past year in Madison County where a farmer found that less than five hours of sunlight a day was enough to keep water tanks full.

“Isolated livestock need water, and either the farmer has to take water to the livestock or we can use solar power to pump water (from a well),” said Gary Hawkins, the UGA College of Agricultural and Environmental Sciences researcher who designed and installed the system.

The Madison County site is a demonstration system installed as part of a U.S. Department of Agriculture Natural Resource Conservation Service Conservation Innovation Grant. The grant provided funds to test how these systems work and how much they cost to operate.

Hawkins and Madison County Extension agent Adam Speir hosted a field day on Dec. 6 that attracted about 40 farmers from middle and northeast Georgia.

The solar-powered pumps allow farmers to install watering troughs on their most isolated pastures, helping keep livestock out of streams and ponds. Allowing cows to wade into and drink from farm ponds and streams can have a severely negative impact on water quality across the state.

“It’s been shown that livestock can have higher weight gains on fresh water rather than from surface water,” Speir said. “It’s definitely a good risk management strategy for livestock producers.”

One of the largest challenges to providing well water to pastures has been running the electrical lines needed to power the well pumps from the nearest electrical feeder line to far flung pastures. This system circumvents that problem.

Where it could feasibly cost a farmer $20,000 to run an electrical line to a pasture, setting up the solar power stations costs about $8,000. The solar panel power stations can also be mounted on a trailer and moved from well to well depending on the location of the cattle, Hawkins said.

“The power that’s used to pump the water from the well isn’t the largest benefit,” Speir said. “It’s the cost savings of not having to run electricity to that well if it’s a long way from the main electrical lines.”

And the alternative energy system offers farmers a way to hedge against rising electricity or diesel prices.

David Allen, the farmer who hosted the field day, installed a 1,500-gallon storage tank so that water would be ready for his cattle at night or on cloudy days. The storage tank replaces the need for expensive batteries that require maintenance.

The hyper-efficient pump used in Allen’s system pumps about 6.9 gallons per minute and will fill his storage tank on just four hours of sunlight.

“(Hawkins) sized the system so even if we just had four or five hours of sunlight you still would have the power you need to pump what you need for your situation,” Speir said.

Farmers can contact their local USDA-NRCS office for potential cost-share assistance through the Environmental Quality Incentive Program (EQIP), which could reimburse them for a percentage of the solar powered system if this is included in the local working groups plans.