&bull; It&rsquo;s more money to spend, but it may be an investment that pays for itself the first year you install it on the baler. 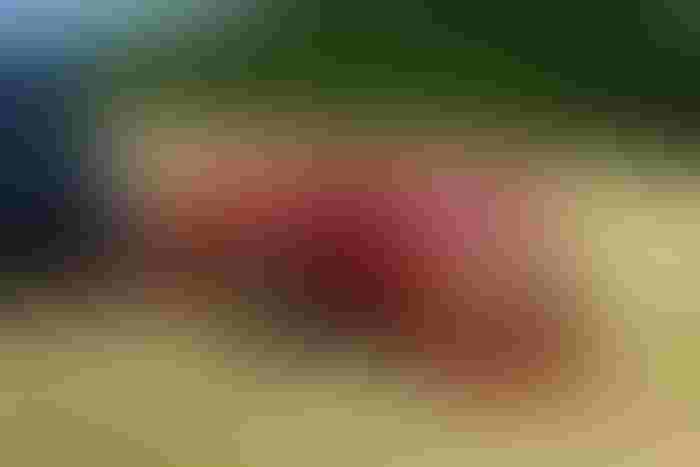 Anyone who bales dry hay has had to chase a field in before a rain hit.

This happened last week to many people in my area. Many times the hay is almost ready to bale, but is a little tough and you bale it and hope it doesn’t mold. These are the times you think, if I only had a preservative applicator on the baler I could bale this and shouldn’t have any problems.

Then you think, they are too expensive for me. I only bale a couple thousand small square bales a year. Think again!   You can buy a basic 25 gallon baler liquid applicator for less than $400.

It’s not complicated. It’s a small electric sprayer that you mount on the baler. The next thing you would probably want is a baler mounted moisture tester so you can see the moisture of the hay as you bale. They can be purchased for $350-$500.

So for about $800 you can outfit your baler with the ability to apply a hay preservative when conditions are not perfect for baling, but be able to get the hay off the field before the rain destroys the quality.

Of course if you want all the bells and whistles you can spend a few thousand dollars or more to get fully automatic controls. These systems have a monitor that regulates the flow of the preservative depending on the moisture content of the hay also the applicator turns off and on when hay is flowing thru the baler pick up with the used of an electric eye.

How much will it cost to apply the preservative to small square bales?

How do you calculate how much preservative to apply?

It is like calibrating a sprayer, but instead of gallons per acre you need to calculate pounds per ton.

First you need to figure out how many tons per hour of hay you bale. Count the number of small square bales you make in three minutes. Let’s say it is 15 bales.

Since the applicator has 2 spray tips you want to get a tip that applies 0.025 gallons per minute since you will be using 2 tips at the pickup head of the baler.

I would recommend having another pair of tips that applies 0.05 gallons per minute each so you can put them in if the hay moisture is above 22 percent and you need to double your preservative rate to 8 pounds per ton.

I know it is more money to spend, but it may be an investment that pays for itself the first year you install it on the baler. This is something you could do this week, since it doesn’t look like hay making weather!

Pigweed has become $100 million per year problem in Georgia cotton