Make sure you do a thorough job and use RV antifreeze so the lines don’t freeze. 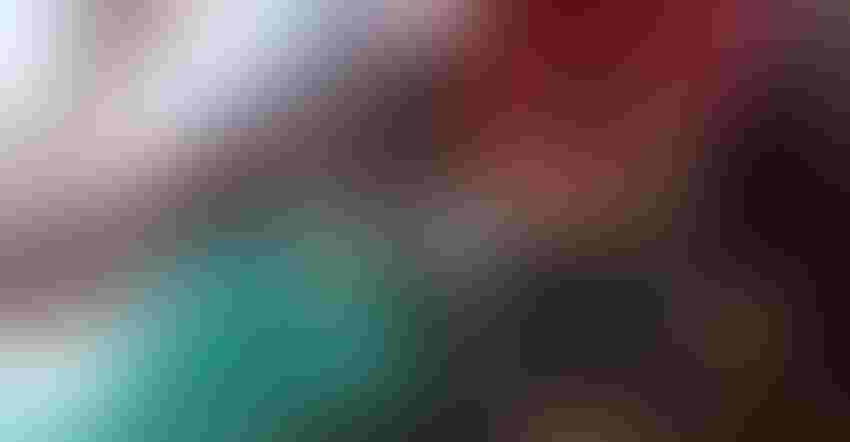 READY FOR STORAGE: Winterizing your sprayer is critical. The larger booms seen on most modern sprayers require growers to pay closer attention to rinsing hoses, filters and nozzles.Courtesy of Case IH

At 84, Drew Stabler of Laytonsville, Md., has slowed down considerably. He’s largely passed on most of his farming duties to his two partners on the 1,700 acres he farms in central Maryland.

But he still does the spraying. In fact, he’s been running a sprayer since he was 16.

“The only thing is the equipment is so much more complicated and bigger than I started out with,” Stabler says. But when it comes to winterizing his sprayer, some things don’t change.

He runs a John Deere 4830 with guidance and boom control. Spraying season isn’t over yet, but once he’s done, he’ll get busy getting the sprayer ready for winter storage.

For Stabler, he starts by cleaning out his sprayer with cold water. Then he gets the RV antifreeze out — it takes 25 to 30 gallons of the antifreeze to do the job. He runs it through the booms and cleans out the nozzles and filters. Then he pressure-washes the sprayer and waxes it down.

Winterizing the sprayer is critical. But with PWM (pulse-width modulation) sprayers on booms becoming more and more popular, and the sheer number of plastic plumbing components increasing, it’s become even more critical to ensure nothing is freezing inside those nozzles, says Alex Caldwell, product marketing manager for New Holland.

“As you have more and more plastics and sensitive components, around the boom or on the sprayer, the new technology is what sticks out more and more, but it doesn't make the stuff that's been around forever any less critical,” he says.

“End section of long booms on each side are more prone to spray mixture still remaining in this section even after the boom is rinsed by pushing clean water or water with a rinsing agent has been pushed out through nozzles,” Ozkan says. “This could be a problem especially when dry formulations of chemicals are in the spray mix. Having the boom ends open during the rinsing process pretty much eliminates this problem. Many new sprayers have closed-loop chemical transfer systems. It is important to make sure this system is also rinsed and cleaned out just like any other plumbing part on a sprayer.”

What to focus on

Caldwell says growers should concentrate on these key systems when winterizing a sprayer:

Sprayer control components such as pressure transducers, flowmeters and regulator valves can be costly to replace if they are not winterized properly, Caldwell says.

The pump, Ozkan says, is the most important part to think about.

“Improperly winterizing it before the temperature falls below freezing could lead to cracking of pump components, and the pump may not do its job properly in the upcoming spring when growers cannot afford to take the time to repair or replace a pump,” he says.

Some tips he provides:

“It's one of those things where the main operator might not have used them during the season, but maybe someone else did, so make sure you thoroughly winterize everything,” he says.

Some growers like to winterize a sprayer using a liquid fertilizer combination — likely 32% nitrogen — but Caldwell says to use caution as nitrogen can be corrosive.

Blue-colored windshield washer fluid has also been used as a cheaper alternative to RV antifreeze and fertilizer, but Caldwell recommends against it because of scaling that can be left applied when it dries, which could plug valves and tips when take out of storage.

RV antifreeze, he says, is the best way to go, as it prevents freeze damage and remoisturizes the gaskets, diaphragms and O-rings.

Caldwell suggests running some sort of catch system under the nozzles in a couple of different places to check the color of what's coming out. “You can tell with the color of it how diluted it is getting,” he says. “If it's too clear, that means you're flushing likely too much water with that antifreeze and the residue that you're leaving inside is not as pure as you'd like it to be, so it might necessitate the need of another pass.”

Things to not forget

Ozkan says growers should make sure no spray mixture is left in the tank after spraying is done.

Also, make sure no pressure buildup exists in the sprayer plumbing lines when it’s taken to storage.

Blowing out the hose lines with compressed air after final rinsing and plumbing is a good way to get rid of any rinse water that might remain.

And, of course, read your owner’s manual for any specific instructions from the manufacturer.