Growers say heat will help some crops, hurt others. 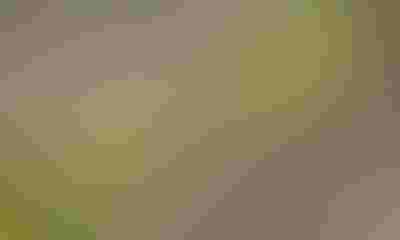 Temperatures are expect to hit the mid- to upper 90s across parts of the Corn Belt later this week, with forecasts for warmer and drier weather into the third week of June. Growers in some areas will welcome the warmer conditions to spur development – as long as they don’t last too long. Elsewhere, the early heat wave could add stress to an already challenging growing season.

“Scattered showers last week helped work in all the applied side-dressed nitrogen and sulfur as well as residual post-emerge weed control,” reported a producer in southeast Minnesota. “Coming heat will start to push this crop along and is early enough not to hurt yield prospects.”

While conditions were generally more favorable in the western Corn Belt, to the east fields were already starting to suffer, with our analysis of the vegetative index there showing a decline.

“Starting to get very dry,” noted a producer near Seneca in northern Illinois. Another downstream along the Illinois River reported the “corn is beautiful.” But further south in the state a producer said fields were vulnerable from a poor root system due to cold, wet weather earlier.

“Corn everywhere is rolling up in the heat of the day no matter no till or conventional,” this grower said. “And we have only seen 80s.”

Still, USDA reported improving corn conditions Monday it its weekly Crop Progress report, with first ratings for soybeans also good. Overall, growers responding so far this week to Feedback From The Field agreed with that assessment. Average ratings were good for both corn and soybeans.

USDA reported a small decline in its winter wheat ratings, but growers were optimistic.

A Kentucky farmer said harvest could begin today “with yield and quality looking to be very good.”

Click this link to give us your own Feedback.

Feedback from the Field - June 6, 2016 - Crops improve, but growers see too much or too little rain

Feedback from the Field - May 31, 2016 - Corn slowly improves ahead of first USDA ratings

Feedback from the Field - May 25, 2016 - Goldilocks spring hard to find in Corn Belt

Feedback from the Field - May 23, 2016 - Corn Belt dries out a little as mid-May deadline arrives

Feedback from the Field - May 18, 2016 - Growers worry about frost damage from weekend's chill

Feedback from the Field - May 13, 2016 - Planting delays grab market's attention

Feedback from the Field - May 9, 2016 - Weather challenges farmers in eastern Midwest

Feedback from the Field - May 2, 2016 - Some crops off to slow start as wet and cold hamper planting