House subcommittee tackles complicated issues of whether farmers should have the right to repair their own equipment. 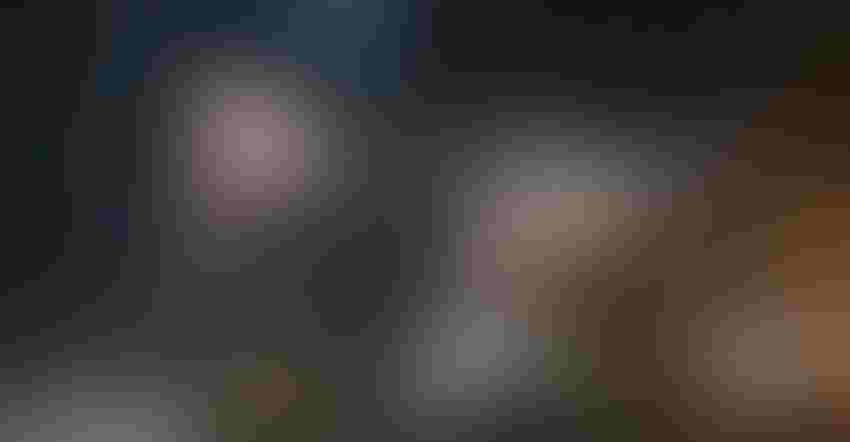 With the proliferation of computer chips and shift towards more technologically advanced tractors, Maine farmer Jim Gerritsen made the decision many years ago to only own farm equipment that he could repair himself on the farm. His family farm relies on a fleet of older, sturdy, American-made tractors from the 1970s and older that he and his son Caleb can repair and rebuild themselves.

Gerritsen was on Capitol Hill on Wednesday, Sept. 14, before the Committee on Small Business Subcommittee on Underserved, Agricultural, and Rural Business Development to urge Congress to codify traditional farmer and independent shop repair rights by passing legislation which “serves the public good by leveling the economic playing field, restraining monopoly control, and thereby uplifting the economy and enhancing the freedom and liberty of working Americans.”

He says many years ago he saw the move towards sophisticated electronics as a direction he didn't want to take in his operation. “Our interest is not in increasing production, which could come at higher costs. Our strategy has been to increase our independence and farm viability by keeping as many things within our control,” he shared with legislators.

During his opening remarks, he explains he would never choose to place his operation in the vulnerable position of being at the mercy of malfunctioning electronic sensors, then being involuntarily forced into “limp mode,” and becoming locked out from using equipment they “own” until an expensive dealer mechanic arrives at their convenience with their rescuing computer software.

“When a problem as common and as minor as water condensation in a diesel tank can cause a sudden ‘limp mode’ restriction during peak planting or harvest, not only is an individual farmer placed at risk, but extrapolating the system vulnerability, so is our nation’s food security,” he says.

He adds many farmers are turning to purchasing older, American-made tractors and rebuilding them for $50,000 or less to do the equivalent job of a $200,000 to $300,000 tractor available for purchase today. “I think it’s an increasing trend. I believe some of the equipment in terms of the relation to the farm gate value of crops makes some equipment unaffordable for family farmers,” he says.

“I’m here today trying to convey we’ve got a problem for family farmers ahead. Part of the solution is freedom of access to repairing,” Gerritsen says. He’s also hoping as more family farms shift to older equipment, it triggers a market response for the manufacturing sector to offer more parts for the older fleet.

Ken Taylor, president of Ohio Machinery Co., and on behalf of the Associated Equipment Distributors, told legislators that “right to repair” is a simple slogan; however, the policy proposals surrounding the issue are complex with significant consequences.

“For the equipment industry, the overly broad legislative proposals being considered in many states, and introduced in Congress, are based on a false narrative that customers are unable to fix their own tractors and machinery. To the contrary, equipment manufacturers and distributors make available diagnostic tools, repair information, parts and remote customer support,” Taylor says. “Idle, non-functioning equipment equals lost time and money. Whether it’s on a farm during harvest or a road building project there is absolutely zero incentive to not do everything we can as equipment dealers and manufacturers to keep a machine running.”

Taylor notes a significant percentage of his company’s part sales are sold directly to customers so they can repair their own equipment.

However, he explains while customers can complete most repairs to their machinery, government environmental and safety regulations, as well as technological developments that have made equipment more efficient and productive, necessitate restrictions in access to source code and software that ensure key operational functions aren’t modified or disabled.

Taylor explains right to repair policies also create enormous liability issues for equipment dealers and manufacturers. “Permitting access to source code allows end-users the ability to modify the equipment. If a tampered tractor causes personal injury or doesn’t meet government regulatory standards, liability could fall on the dealer and manufacturer depending on a state’s product liability laws,” he says.

He also concluded his comments before the committee by reminding them that repairing agricultural equipment can be very expensive and far from simple as it may require special tooling, testing and diagnostics.

And ironic that in the talk about repair by local technicians, this country for over 40 years has stopped producing technicians, Taylor says. His company and others are taking extraordinary means to attract and train new service technicians.

“We’re in a dire shortage of people available to repair all the things that us white collar people like to use,” Taylor says.