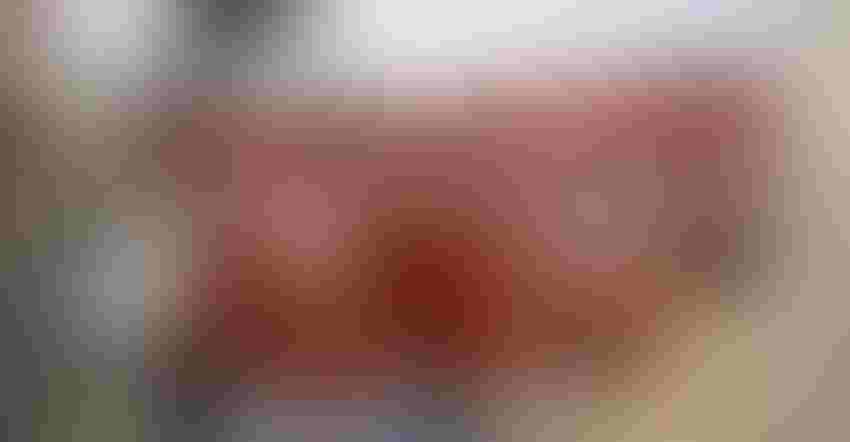 SEEING AHEAD: This cultivator from Dutch tillage company Steketee uses a camera and a sliding hitch design to keep the iron where it belongs - between the crop rows.

During the Farm Progress Show this year, a broadcaster friend, who also farms, Roger Ward, WLDS, Jacksonville, Ill., kept asking when equipment companies were going to bring back cultivators. The rising concern about herbicide resistant weeds, and having more options, had him thinking about it. And here at Agritechnica they're thinking about it too.

First, there's a European move to ban glyphosate, driven as much by politics as anything, but once a movement starts it can be daunting to stop. For equipment companies, the news may be good since ending such a potent non-selective herbicide could have farmers turning back to iron. But what about cultivator blight? See the second item:

Second, technology may make the whole process easier. We've come a long way from the days of looking back, and forward, constantly to stay on the row. The hours of fatigue-inducing concentration to make sure you hit that curve just right may be over. Companies are turning to technology to help – in the form of vision systems that "see" the row and help steer the implement along the hitch. That 1- to 2-inch slide right and left can make a big difference in accuracy. And the tractor can follow the row as originally planted too (perhaps with an offset for tillage).

Here at the big Germany-based farm show we found a fair share of cultivation tools that aim to keep you on the row. I enjoyed watching the video of an Italian company that has a cultivator where a person rides on the back to keep things on the row as the tractor driver moves forward. Not sure that we have enough labor in the U.S. for that.

But bringing tech to the party could help. For example, the Dutch equipment maker Steketee has a camera-guided, sliding hitch system that helps keep the cultivator out of the crop row. In the image above, you can see the monitor at the top left of what the tool "sees" as it goes through the field. The cultivator slides left and right on the bar to stay on the row – at speed.

In talking to one representative in their booth, we learned that this system may not have a width limit because you can put together a gang of cultivators. On each gang is a camera that helps keep it on the row; and all of the cameras link to a single monitor for management.

While we talked about John Deere the other day, they did win an Agritechnica award for their GPS and camera guided cultivator project built in cooperation with Monosem (a division of John Deere). That system uses the EyeSight camera system and GPS to keep everything on the row.

And LaForge has a moving hitch system coming to the U.S. in 2018 that ties to GPS to keep things on the row as well.

Learning that cultivation may be coming back may be a new sign of the times – and a product of the rapid development of herbicide resistance. Adding cultivation back into the season's to-do list may not be easy with the changing labor picture on the farm. But iron works, and if the iron is mated to new-tech tools that can keep you on the row, preventing that blight, is a good thing. Right?