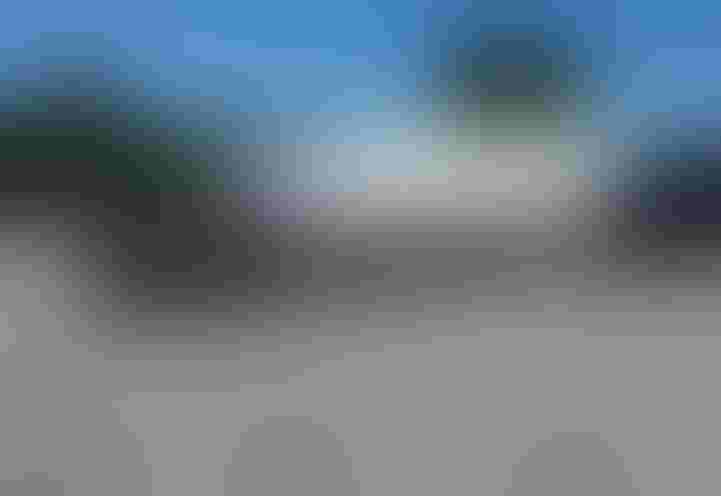 <p>When a farmer friend called for help balancing a load, that meant meeting truck and trailer with the skid-steer loader; and providing a little help.</p>

A good hands-free device for a cell phone can get a guy into more fun than he could ever imagine. For instance, my phone rang a few weeks ago as I was busy working outside. It was a farmer friend I've known for probably 20-25 years or so. He needed some help and needed it in short order. Weather hasn't done us a lot of favors this year, and this guy had some small grain that he harvested that was starting to heat up on him.

What he was in search of was a feedlot to take the seed from him and feed it to their cattle. I didn't have enough cattle on feed to handle his needs, but I do have a phone with enough numbers in it to offer up a couple of solutions.

Every time I've taken my phone in for service, the technician always tells me, "You have a lot of contacts on your phone, and a lot of pictures in there, too."

Yeah, well, first of all, you can never know too many people, and having documentation of everything that happens to me throughout the day has been kind of handy. It quiets the skeptics, too.

A couple of names and phone numbers were given to my farmer friend for his warm seed problem. My involvement was pretty much done.

Fast-forward a couple of weeks. I had just driven across the yard in the skid loader when my phone rang. A quick check of the screen revealed it was my friend with the seed from before.

"Hey, Joe. What can I do for you today?" I asked as I zipped across the yard, all hands-free.

"Do you have pallet forks for your skid loader?" Joe asked.

"Well, I'm coming through Cresco right now and I've got a load on my trailer that needs to be shifted to the left. Would you be able to help me with that?" Joe wondered.

"Absolutely!" I told Joe, already thinking ahead a step or two.

"Okay, great. Is the skid loader at your place, or the home place?" Joe asked as he started doing mental Mapquest work in his head to optimize his route.

"Tell you what, Joe. I'm already in the skid loader with the pallet forks on, and I'm free. I'll head toward the highway (a quarter mile away) and meet you up there," I said.

Quite frankly, the challenge in front of me was a bit vague. There was a load of some kind that wasn't totally square with the world, but I had no idea if this was going to be hay or some other kind of cargo. It must not be livestock, because even I wouldn't use pallet forks to square that with the world. And it must not be a monstrous load, because Joe did ask for just a skid loader and not the big tractor with log chains and cables or anything. This mystery was kind of starting to fascinate me in a way. It definitely gave me a lot to think about as I made my way to the highway.

There is a bike trail that runs parallel to the highway that runs nearby our place. The highway was freshly-blacktopped a couple years ago. All of the gravel dust from the road approaching the highway makes for treacherous crossing conditions for those who use the trail. The blacktop was extended past the trail intersection to reduce the dust cloud. It makes for far fewer bikers I have to pick out of the grill of the semi and the Ranch Hand when I'm hauling corn and hay in the dry, dusty times. It also makes for an excellent area to park a trailer if, let's say, you need to readjust your load, or if you need to meet a freight delivery whose driver just isn't into gravel roads like Newman and the US Postal Service.

"Can I even get a truck in your yard?" Captain Skeptical CDL wondered.

"Look, just park on the blacktop at the intersection and I'll come up and meet you with pallet forks. We'll make this short," I told him.

I prefer to DVR life and fast-forward through the tedious parts. Captain Skeptical wasn't going to make my highlights reel. 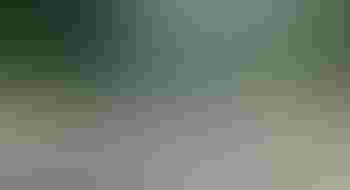 Tipsy hay near Spillville in the past. Tipsy is an understatement.

It wasn't a terribly long wait before Joe and his trailer made it to my intersection. There wasn't a bale of hay in sight, so I was slightly disappointed. Others had set the cargo-mishap-expectations-bar for Joe years earlier. They hadn't set it all that low, either. My favorite was a scene in Spillville. I had probably just come back from the locker when I saw a trailer load of hay in front of me parked on the side of the street. To call this load tipsy would be an understatement. This load was beyond legally drunk, as you can see in the photo.

Sadly, I was not driving my loader tractor or my skid loader to the locker that day. I was driving the big screamin' diesel pickup. Put me in a loader of some kind and I could get this poor soul almost square with the world again in short order. In a truck, all I could do was give him a ride back to the farm where he'd acquired the hay and hope that the original manufacturer of the load could hit Rewind and try again with a better outcome.

Naturally, I made use of my phone to document the incident for you, the viewing public. I did not add the hauler's name to my Rolodex, though. Knowing of him was probably better than knowing him.

This week, there was no hay headed toward me on the highway. Instead, there was a flatbed trailer with several jumbo canvas bags of something inside. My guess was that it was the seed that Joe had called about a few weeks ago. Lots of seed places use jumbo bags like these. They're cheaper to acquire than hard plastic containers, but they don't always store like Lego's the way the plastic ones do. Sometimes they store more like Jell-O.

Joe was looking to have me do some Jell-O sculpting, as it were. He and his brother-in-law hopped out of the truck and started taking the tie-down straps off their cargo. (Remember class, safety first!) They steered me toward my target to get under one bag and move it a couple inches further onto the trailer. Some heights line up just right where I can't see the end of my pallet forks without scrunching down in the cab of the skid loader. No big deal with a bale, but not good at all if you're about to puncture (and rapidly drain) a pallet of seed worth thousands of dollars! Another set of eyes can be a big help. 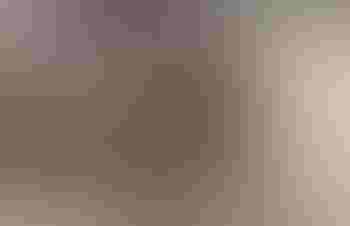 Not so helpful at the time are these steps welded to the pallet forks, which could have punctured bags when shifting the load.

We quickly discovered a downside to convenience. There are steps welded on the side of my skid loader pallet forks. They allow me to step out of the cab and onto the step before reaching the ground, thereby avoiding big steps and potentially big falls. Those steps also act as excellent puncture points for jumbo bags of seed that are stored right next to one another on a trailer. Space the bags apart a few inches and you'll be fine. Get them all cozy next to one another and you'll go all Hansel-and-Gretel-with-a-trail-of-seed in no time flat! 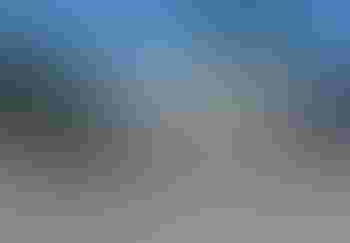 It took some planning, but that unbalanced load was balanced.

Time for a different option. I checked traffic and saw nothing, so I headed around to the other side of the trailer and came at the problem from that side. We'd pull the pallets closer to the edge from that side and then gently nudge the other pallets from the opposite side when there wasn't a wall of seed to push against.

The push-pull balance ended up working for us. We got four pallets readjusted to the point where Joe had his whole trailer's yin and yang balanced. This was Cargo Feng Shui at its finest.

Joe's brother-in-law was relieved. "We came around the corner (of the highway where it curves) and there was a skid loader parked at the next intersection waiting for us already!"

Perhaps I should get an intern or a personal assistant to answer my calls.

Jeff Ryan is Guy No. 2 in the operation of Two Guys Farming, Inc., near Cresco, IA.

Jeff farms during the day, but in the evening he e-mails his observations about life on the farm to his city-dwelling friends. He weaves these observations into entertaining stories that are sure to bring recognition, sometimes tears, but mostly a few smiles and outright belly laughs.