A Red and White from New York was named the supreme champion of this year’s show. 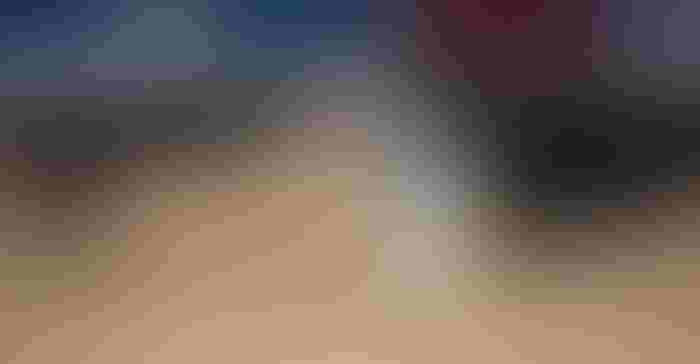 If the upcoming World Dairy Expo in Madison, Wis., is the main course for dairy, especially for those who show cattle, then the All-American Dairy Show in Harrisburg, Pa., was a nice appetizer.

Hundreds of exhibitors brought their show-worthy cows, calves and heifers to the Pennsylvania Farm Show and Expo Center last week for five days of showing, learning and camaraderie.

The show culminated with the All-American Supreme Champion Pageant on Wednesday afternoon. Hurcroft Awe Lillyann-Red, a 4-year-old Red and White by Oakfield Corners Dairy in New York, was named the supreme champion of the show.

Supreme heifer went to another Red and White, Graber Warrior Chili-Red-ET, exhibited by Chris and Jennifer Hill of Maryland, and Tim and Sharyn Abbott of Vermont.

Along with the showing of the best dairy cattle, the show also hands out some impressive hardware.

Ken Raney of State College, Pa., was named recipient of the 2022 Obie Snider Award. Established in memory of Obie Snider, founder of the All-American Dairy Show, the award recognizes someone who places significant value to the industry and community, and displays high standards of conduct.

Michelle Reasner of Tyrone, Pa., was recipient of this year’s Image Award, presented annually to an individual who has enhanced the image of the show with significant contributions to its reputation, prestige and welfare.

Click through the slideshow to see some of the sights from this year’s show.