A new phone app can identify insects and provide a pest treatment plan. Experts will show how to use it at the Farm Progress Show. 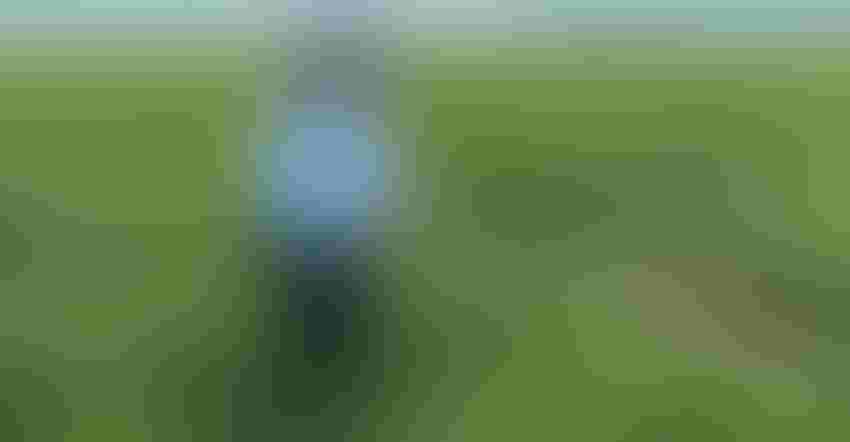 INSECT IDENTIFICATION: A newly developed smartphone app can be used to identify insects in fields and help farmers and agronomists recognize pest problems to develop a management plan.ISU Extension

Scouting fields for insect pressure is a necessary — although sometimes daunting — task involved with producing a crop. Thanks to the artificial intelligence technology being developed by Iowa State University, crop scouting is on the way to becoming a lot easier and more efficient.

Arti Singh and her team of AI and crop experts are planning to release a beta version of a phone app at this year’s Farm Progress Show, capable of identifying insects based on a photo. What’s more, the app can also tell the user whether the insect is beneficial or a pest, and if it’s a pest, what species it is. The released version of the app will also tell which stage of life the insect is in, and how to mitigate it.

Singh, an assistant professor in agronomy at Iowa State, has spent her entire career in plant breeding, diseases, genomics and phenomics. Even so, she says identifying and understanding insects can be complex.

“Insect are reported to have the largest total biomass of terrestrial animals and over 90% of animal life form on Earth. I often see an insect, but I don’t know whether it’s beneficial or a pest due to sheer huge number of insect species, and like a lot of people, I get worried and assume it needs to be killed, but this is not always true,” she says. “The producer needs to be able to differentiate between which insects are good and bad, to save time and money in the field, and this becomes even more important in the case of new crops.”

The phone app is being trained to recognize and distinguish more than 1,000 different insect species, making it useful not only in Iowa and other states, but also in countries across the world.

Singh and her team are pairing the phone app with other forms of AI, including unmanned aerial vehicles (UAVs or drones) and in-field robots, with the goal of synchronizing the crop scouting process and essentially allowing AI to do the work.

The vision of her team is to use drones for an overhead, broad view of fields to determine if and where insects are present, and when areas of damage are detected, the robots are sent into the field to identify the insects and provide spot-specific treatments of pesticide.

“The robot can work in small fields with specialty crops or large fields with conventional crops,” Singh says. “Rather than scouting and treating the whole field, we are focusing on the individual plant level. We are trying to give a personalized treatment, versus a whole-field treatment.”

In addition to the time and labor savings, farmers using AI can potentially save on the amount of pesticide used and the unintended consequences of pesticide use, including drift.

Singh and her team have been working on the technology for the past several years, and a preview was offered at the 2018 Farm Progress Show.

Her research has continued, and she has been awarded some prestigious grants to further develop and perfect the use of AI for pest management.

Singh says farmers have generally been appreciative of AI technology and how it can improve the work they do on the farm.

She says there has been some skepticism as to whether robots can treat pests in large fields, like those found in Iowa, but she is confident the technology can work on a large scale, especially when multiple robots are used, and when they operate day and night.

A team of robots is much lighter on the soil than traditional agricultural equipment, she says, and because robots are only going where they are sent, they do not necessarily need to travel the entire field.

“I’m working on something that at the end of the day, I believe is going to be useful for the farmer,” Singh says. “The interest from farmers is strong, and the demand for AI in agriculture continues to expand.”