Collaboration aims to deliver an advanced, driverless spreading solution to the industry. 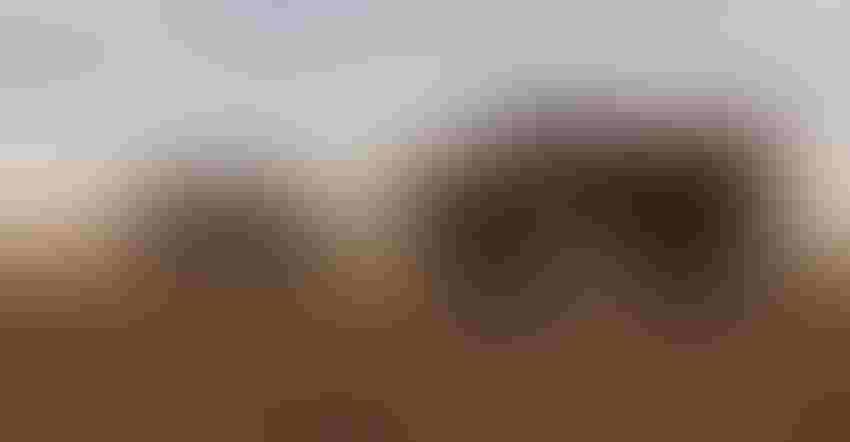 HANDS OFF MACHINE: The Case IH Trident 5550 applicator with Raven Autonomy debuted at the 2022 Farm Progress Show. The new machine uses cameras and radar systems for obstacle avoidance, and will conduct work in a defined field boundary. As shown in this image, using the newly launched AccuSync two or more machines can be in operation in the same field.Case IH

In 2016, Case IH unveiled the Autonomous Concept Vehicle, or ACV, at the Farm Progress Show. The sleek cab-less design captured the imagination of the industry, and brought a lot of attention to the concept of autonomy in agriculture. But it was a concept vehicle, a starting point in the conversation of autonomy.

In 2022, as the gates opened on the Farm Progress Show, Case IH, and its company partner Raven, introduced the first autonomous spreader – the Case IH Trident 5550 applicator with Raven Autonomy. The new machine rolls into view less than a year after the Case IH corporate parent CNH Industrial, closed on its purchase of Raven Industries, a speedy development of the new machine.

Chris Dempsey, global director of Case IH precision technology, notes that while the development speed was quick, Case IH and Raven have been working together for some time. “The teams have worked together for two decades prior to the CNH acquisition,” he observes. “That lended us some significant efficiencies as it related to integration. It also allowed us to not necessarily shift but I think leverage what we’ve learned with. . .the ACV back in 2016.”

He notes that Case IH could apply the core competencies in their work with autonomy as well as the application business. The Raven Viper system is commonly used by a range of application equipment companies. Adds Dempsey: “If we look at what we know the two companies are both really good at – Case IH in producing iron and tech of our own and bringing Raven into the house and leveraging what they have historically been able to do. I think the teams have worked together incredibly well.”

Adds John Preheim, senior director of engineering, Raven Industries: “We have a really strong connection to the ag retail market and some of our customers that use the Trident today. We kind of understood deeply what their needs were from a technology standpoint, and we were able to leverage what they’re already using.”

Dempsey and Preheim are quick to point out that the Farm Progress Show announcement is a debut of the new machine, but not a market introduction. “This is not a commercial launch,” Dempsey says. “One of the things I think both of our companies have been really good at is staying focused on the customer and getting product into the hands of the customer as quickly as possible, even in its rough form to get feedback.”

In machinery development, especially something so new as full autonomy, how customers will view application can drive machine design and development. Ideas engineers have for how the machine should work often get tweaked when they meet the reality of in-field work. That’s the idea behind this Case IH/Raven unveiling, though with a twist. In the past, the aim was to get the customer behind the wheel, for this new machine it’s more of a hands-off trial.

Autonomy and the Trident 5550

At first glance, the new machine looks just like a Trident 5550, but the new rig is outfitted with cameras and a radar system mated to autonomous controls to create a flexible solution. Dempsey points out that this applicator has a cab, which means a user can drive it to the field then put it to work.

The autonomous machine will benefit from a new tool Case IH also announced at Farm Progress Show – AcuuSync machine coordination. This allows an operator in one machine to be “in synch” with an autonomous machine doing work in the same field. Dempsey explains that helps maximize productivity and avoid overlaps. With that technology an operator can be in the same field with other machines doing the work, and expanding productivity.

AccuSync will also be offered on the AFS Connect platform for conventional machines providing a productivity boost for all Case IH AFS-enabled equipment. The company also announced a host of other new features for AFS Connect to better manage the fleet including Insights Dynamic Machine Reporting, Machine Reports and CSV Exporting, CAN Paramater Visibility and Archived Vehicle Benchmarking.

For the autonomous Trident 5550, from a mobile device, operators can plan and complete an entire field operation based on mapped field boundaries. The Raven Autonomy perception system, using advanced cameras and a radar system, is constantly sensing a 360-degree environment around the machine for obstacles and motion initiation while operating. Using artificial intelligence, Raven’s perception controller processes the continuous stream of images, which interprets and detects obstacles. 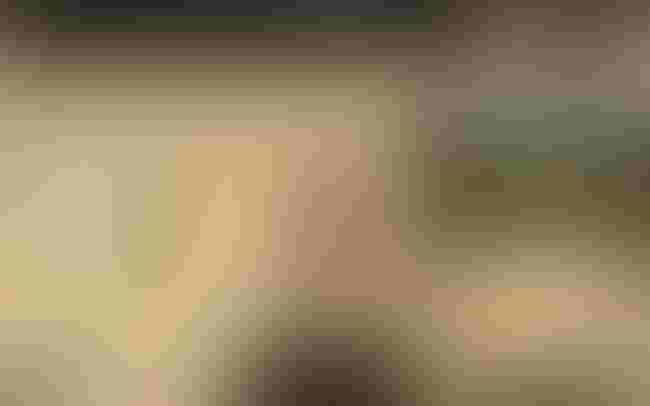 Preheim says that for the first machines going into the field, obstacle detection will stop a machine if something happens, but the user will not be able to restart the machine remotely. However, a user can get a camera view of what’s ahead of the machine in operation. “If there’s an obstacle detected, that’s still part of the development process we’re working through, we won’t let the operator override that remotely,” he says. “But you can see what’s in there today and make a decision what you want to do accordingly.”

Why an applicator as the first new use of this technology? Dempsey explains that market research conducted by Case IH and Raven looked at areas where customers would be most comfortable with autonomy and the spreading application was near the top of the list.

Control of the new machine is app based and a user can view a number machine tasks and functions through a mobile device including fuel level, diesel exhaust fluid level, speed, revolutions per minute, bin-level status, universal terminal information and diagnostic trouble codes.

Launched at the 2022 Farm Progress Show, the autonomous Trident 5550 will be demonstrated throughout the show.