Goal is to have single federal law. 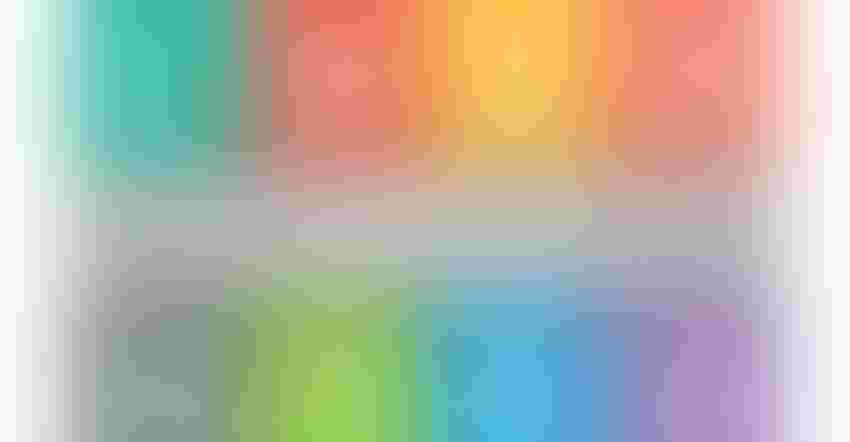 The goal is to set a single federal law that could replace a barrage of state label requirements, making it easier for industries ranging from chemical manufacturing to food production.

The effort could challenge laws like Proposition 65, a set of rules that’s been immortalized in warning signs and labels across California -- and frequently outside the state as well. The Golden State has long acted as a de facto regulator for the rest of the country, with its mandates on everything from auto emissions to marijuana having a broad impact.

The Grocery Manufacturers Association is one of some 50 trade organizations backing an effort for a national labeling law, saying a unified rule is needed instead of a patchwork of differing state requirements. They contend that the chaos of state legislation has become too much for businesses to bear.

“We ask for your support for a national solution to this growing list of state labeling and disclosure requirements,” according to a letter seeking lawmakers as sponsors and signed by organizations such as the American Chemistry Council and the National Council of Farmer Cooperatives. “The time to establish a federal, science-based solution is now.”

The trade groups, whose members include 3M Co., General Mills Inc. and other top companies, argue that states “do not uniformly have the scientific capacity and robust infrastructure to ensure adherence to the highest standards of scientific integrity and risk analysis,” according to the letter, which was viewed by Bloomberg.

The ACC circulated a document earlier this year to other trade groups laying out its case and seeking support for a national labeling law. It suggested amending the Fair Packaging and Labeling Act to include what it called “minimum scientific standards” for listing warnings or benefits. The document also discussed a “reform” of Proposition 65 to “require sound scientific basis for the listing of substances.”

Protecting that law was part of the agreement to update the 40-year-old federal Toxic Substances Control Act last year, which grandfathered in Proposition 65 and some regulations in other states, said Ansje Miller, director of policy and partnerships at the Center for Environmental Health. “Now, with this attempt, the chemical lobby is clearly breaking that promise,” she said.

The California proposition, also known as the Safe Drinking Water and Toxic Enforcement Act, took effect in 1986. It requires the state to maintain an updated list of chemicals known to cause cancer or reproductive harm and for businesses to give “clear and reasonable” notice of exposure to those chemicals. That’s usually in the form of signs and labels.

Critics say such warnings can be excessive. They point to a current lawsuit that seeks to add warnings about a chemical in coffee. But proponents say the law has been successful in alerting consumers to hazards like lead.

Proposition 65 has served as a template for other states. In recent years, a number have enacted or weighed legislation regulating the use of certain chemicals in products. About 35 states have passed 173 measures, and more than 100 other bills are under consideration in two dozen states, according to environmental health coalition Safer States.

Laws like the recently passed cleaning-products labeling rule in California give them additional information, he said. “There’s a consumer demand for that disclosure,” he said. “The consumer needs to be the final arbiter of the level of risk they will tolerate.”

The California rules signed into law last month contain the strictest requirements in the country for listing ingredients in cleaning products, a measure opposed by the chemistry council and grocery association. New York is hammering out a similar measure.

Such actions can stymie consumers, said Claire Parker, a spokeswoman for a group of businesses that is forming called the Coalition for Accurate Product Labels​.

“The criteria and rationale for these initiatives is not consistent, threatening to leave consumers and retailers even more confused about what is and is not safe,” Parker said in an emailed statement. “Several groups have had discussions to explore the need for federal legislation establishing science-based, uniform, national standards for government-mandated ingredient disclosure and warning label programs.”

She cited a recent Ninth Circuit Court of Appeals decision blocking a San Francisco law that required health warnings on soda advertisements, as well as an editorial in the Los Angeles Times warning that Prop 65 labels that aren’t supported by research can be counterproductive and dangerous.

Efforts to override state disclosure requirements for consumer products come on the heels of a battle last year over whether to require labels of genetically modified ingredients in food. Industry groups sought a national law that would supersede individual state mandates such as Vermont’s.

This new push for a federal standard fits right in with the Trump administration’s agenda, according to Daniel Rosenberg, senior attorney at the Natural Resources Defense Council.

“The chemical manufacturers have already taken control of the EPA,” Rosenberg said. “Now they want to take away the public’s right to know about dangerous chemicals in products by preventing states from informing citizens.”

To contact the reporter on this story: Lauren Coleman-Lochner in New York at [email protected]

To contact the editors responsible for this story: Nick Turner at [email protected]