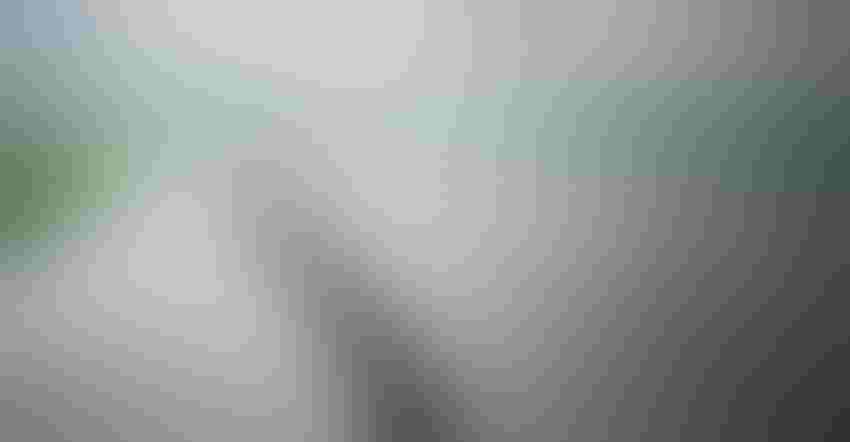 Farmers know roads and bridges need attention. It's not uncommon for a bridge to be safe to cross in the spring, but when harvest time rolls around the bridge closes. The closure adds to travel at a busy time of year.

During the National Farm Machinery Show the Association of Equipment Manufacturers held a panel to discuss the need to upgrade rural infrastructure. It's not just an idea, or goal, it's a necessity.

The association has a long-term program - Infrastructure Vision 2050 - which was the focus of the panel that included Leif Magnusson, president of Claas Global Sales America, and chair of the AEM initiative. Magnusson was joined on the panel by Jason Andringa, president and CEO of Vermeer Corporation, and vice-chair of the initiative; Zippy Duvall, president, American Farm Bureau Federation; and Jamie l. Palmer, senior policy analyst at Indiana University's Public Policy Institute.

Andringa was clear Vermeer depends on transportation. He said the company and employees don’t just use it to move equipment or get employees to the plant every day. Andringa added workers use airports for business and ports to move equipment. All of which needs improvements in his opinion.

Magnusson said funding is very important part of upgrading and improving infrastructure but so is finding solutions. Solutions to making the repairs needed on the roads and solutions to find funding for the work. He added good infrastructure is key to economic growth not just in cities but in rural areas as well.

“We have to go beyond fixing pot holes but to what we need to stay competitive,” said Magnusson.

Palmer said she has studied roads and bridges in Indiana and have documented what real changes and improvements are needed in the state. She has also went out and talked to farmers about their needs when it comes to roads, bridges and their equipment.

Beyond local, infrastructure is a national issue

Indiana farmers are not alone in sharing their infrastructure challenges.

More than two hundred organizations from across the country wrote to President Donald Trump encouraging him to prioritize rebuilding infrastructure in rural America recently.

“American agriculture truly feeds the world and creates millions of jobs for U.S. workers. Our nation’s ability to produce food and fiber and transport it efficiently across the globe is a critical factor in U.S. competitiveness internationally. Infrastructure that supports rural communities and links them to global markets has helped make the U.S. the unquestioned leader in agricultural production. Our deteriorating infrastructure threatens that leadership position,” the letter stated.

The coalition went on to highlight the unique infrastructure needs in rural communities where populations are less dense and distance between communities creates challenges, calling on Trump to “provide leadership to ensure that rural America’s needs are addressed."

The problem Palmer pointed out during the panel is that the upgrades in infrastructure may need not only federal funding but local funding as well in order to get the job done.

The panel agreed that infrastructure upgrades will also include improvements on American waterways including the Missouri and Mississippi Rivers. This is important because of the amount of grain shipped on it, but also moving farm equipment.

Palmer pointed out that there is no doubt that upgrades to locks and dams are not just an idea they are necessary at this point. Magnusson said Claas has experienced delays due to problems with locks. He said time and money was wasted due to the locks delayed shipments on the rivers and it needs to change.

Duvall told the group he feels that it’s time to look at infrastructure and use it to support new jobs in America.

He said the issue that farmers may have to face is that some of the costs will come back to the farmer. Duvall went onto suggest that private partnerships may be the way to go in order to get improvements made. He said everyone is going to have to partner together to help pay for the infrastructure upgrades. It can’t be just one party that foots the bill.

“We need a united voice when it comes to infrastructure,” says Duvall.  “It’s an out of sight, out of mind thing but we’ve got to think and talk about it.”

Panel members agreed infrastructure is not a one sided issue. It’s a bipartisan issue.

Magnusson said President Donald Trump needs to remember who voted him in and where his electors come from when it comes to rebuilding infrastructure.