Entire family gets involved in conservation practices on their South Dakota farm. 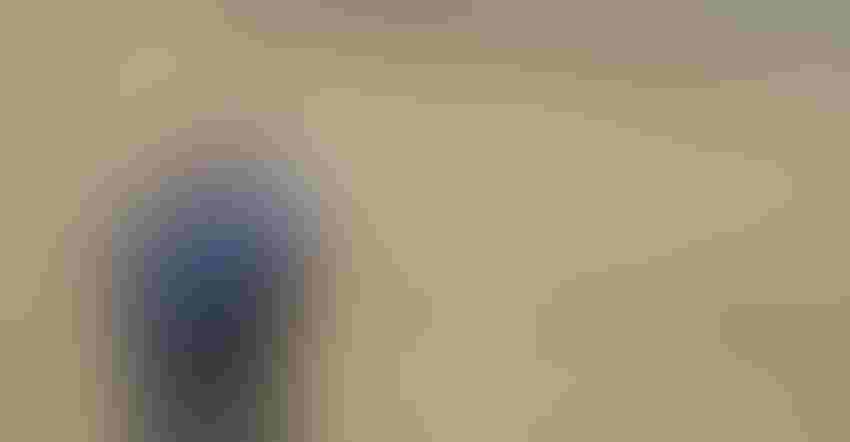 PREACHING SOIL HEALTH GOSPEL: Crystal and Levi Neuharth hope winning this year’s South Dakota Leopold Conversation Award will give them a stage to stress the importance of conservation for today and future generations. They practice the five soil health principles, which includes the integration of livestock. Kevin Schulz

High atop a hill, Crystal and Levi Neuharth can see for miles, close to 20 in fact.

They can also gaze over cropland, pasture and rangeland that makes up Prairie Paradise Farms, west of Fort Pierre, S.D. In a year like 2021, they can also see the devastating effect drought has on the farm ground and countryside.

In 2016, the Neuharths took over farming their corner of paradise from Levi’s father, David, after having worked with him since Levi graduated from Mitchell Technical College in 2001. Prior to managing the entire operation, Crystal and Levi had been overseeing various practices under the Conservation Stewardship Program.

“We would be in charge of managing and rotating the pastures,” he says, before taking over the “major decision making” in 2016.

As far as farming practices go, the young couple continues to build off of David’s foundation of no-till and crop rotations. David “was one of the first no-tillers out here in Stanley County with the help of Dwayne and Ruth Beck,” Levi says. “I started using more cover crops than he had been using, including full-season cover crops, and the rotational grazing was kind of something that Crystal and I took upon us on doing in the pastures.”

The groundwork — or lack of it, as is the case with no-till farming — laid by David Neuharth has instilled what the family sees as the right way to farm their 2,300 acres of crop ground. “I didn’t know a whole lot different growing up with these practices,” Levi says, admitting to running a disk or a sweep only one year before David made the strict conversion to no-till.

That commitment to conservation of resources has earned the family this year’s South Dakota Leopold Conversation Award, to be received Dec. 1 in Rapid City, in conjunction with the South Dakota Cattlemen’s Association’s annual convention and trade show.

Keeping the soil covered and disturbed as little as possible are two of the five soil principles, and the Neuharths see such measures holding the soil moisture that may be at a premium in a year such as 2021.

They have also built on integrating livestock into the operation, another of the soil health principles, by renting out their 3,000 pasture acres for custom cattle grazing. In a good year, the Neuharth pastures would be home to about 350 cow-calf pairs, but Levi says that number is down about 20% this year due to the drought.

“We hope to make it two-and-a-half to three months this year with it so dry; however, we don’t want to destroy the grass for next year,” he says. “It’s probably going to have an impact on the grass next year, and I’m just hoping that the practices that we’ve done before will help it recover quicker.”

To achieve that, the cattle move through the paddocks more rapidly than in a non-drought year.

“We’re trying to get through them and not hurt the warm seasons [grasses] the first time, but I’m also trying to utilize it as much as I can,” Levi says. In an attempt to increase living roots of pasture plants longer throughout the growing season, the Neuharths are in the third year of a twice-over biologically effective grazing system, where you divide 45 days by however many pastures being utilized to determine the time the cattle will stay in that paddock the first time around.

“Then you can usually double that the second time around, so you try to get your five months out of that area. But sometimes the moisture doesn’t allow that either,” Levi says. “Our goal is trying to get the grass roots stimulated so that there’s more photosynthesis throughout the year.” It also “helps your plants to continue to grow and recover after being grazed the first time, rather than go dormant and head out.”

Diversity out of necessity

In addition to the grazing cattle, Prairie Paradise Farms is also home to about 200 chickens, horses, a llama and about 200 dairy goats.

Goats coming into the Neuharth operation was born out of necessity, as the Neuharths’ middle child, Justin, had milk allergies when he was younger, and they found that he could withstand goat’s milk without any ill effects. It appears that Justin, 10, can now tolerate dairy products, but the goats have stayed and the number of the breed-diverse herd has increased.

In addition to Justin, the Neuharths also have Johnathon, 13, and Kaydee, 5, and all three children help out on the farm.

“They really like putting up and taking down electric fence,” Levi says. “They enjoy doing their chores and taking care of their animal for the most part.”

Watch this video where Levi and Crystal Neuharth explain what it means to earn this year's South Dakota Leopold Conversation Award, as well as why they have diversified their farm.

Just as Levi learned from his father’s practices, he and Crystal are teaching soil health practices to their children.

“We try to do some hands-on fun stuff too like the ‘Tighty Whities’ test, where you bury the underwear and see what the microbiology organisms are doing,” Crystal says. “We try and find fun projects for them to do — visual hands-on learning with them.

“We scout fields, and sometimes it’s fun to run your finger up the plant to see where the head’s at and how much further it is to go. When they were little, kids love ladybugs, and they’re predator bugs so they’re beneficial so we’d go out to the wheat field and see who could find the first ladybug. We just find different fun ways to educate, yet be productive.”

Johnathon has paid close attention to the lessons learned on the farm, and he has picked up a microphone to spread the word of beneficial soil health practices, speaking at different conferences.