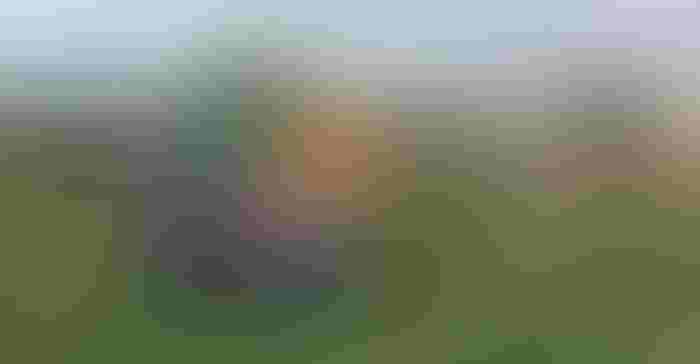 David and Katy Lammers are living a dream and a lifestyle not many young farm couples choose anymore. They are raising their four children on a 42-cow, 216-acre dairy farm a few miles south of Fond du Lac, Wis.

Since the turn of the century, the average number of dairy cows per farm in Wisconsin has increased dramatically. In 2000, there were an average of 60 cows per farm. By 2020, that number more than tripled to 194 cows per farm. But David, 45, and his wife, Katy, 39, say they have no plans to expand their herd anytime soon.

“This is what I’ve always wanted to do,” says David, who grew up on a registered Holstein dairy farm near Brandon in western Fond du Lac County, Wis. Katy grew up on a grade Holstein dairy farm about a mile southwest of where they now live. Since 2010, she has worked as a crop adjuster. David worked for his parents, Eugene and Bev, until 2012, when the young couple decided to start farming on their own.

In 2012, they bought a herd of 44 grade Holstein cows and started renting the barn where they now farm.

“It was a drought year. We bought our feed from the Ferguson family, who owned the farm and grew the crops,” David recalls. “2013 was the first year we rented the land.”

In 2014, they started renting the house on the farm and bought the Fergusons’ farm equipment.

“We have decent equipment, but the only two pieces of equipment that we bought new are a manure spreader and a no-till grain drill,” David says. “Our skid steer was only a year old when we bought it. And this year, we upgraded to a pull-type chopper with a kernel processor.”

Their line of equipment also includes two tractors, a baler that bales small square bales, a blower, two chopper boxes, and a couple of hay wagons.

In 2017, David and Katy approached the Ferguson family about buying the farm, including the house, the buildings and the land. Of the 216 acres, 160 acres are tillable. The balance is in woods and pasture.

“We borrowed money from FSA [Farm Service Agency], and we used that for a down payment on the farm,” David explains. “We financed the balance on a 30-year land contract with the Ferguson family.”

David says he dry-treats 75% of his herd and uses teat sealant on all dry cows, but he hasn’t treated a cow for mastitis in a couple of years.

“I just quit doing it,” he says. “I’ll quarter-milk it if I need to, but I don’t use antibiotics because they are not effective.”

Their milk is sold to BelGioioso Cheese, just a couple of miles from their farm. David breeds his cows using AI with Select Sires semen.

“I breed the bottom third of our herd to AI Angus beef bulls,” he says. Dairy-beef calves are sold when they are a week old. He breeds the top two-thirds of his herd to Select Sires Holstein bulls. Heifer calves are raised for herd replacements.

Katy’s dad, Randy Luckow, plants corn and soybeans for them with a no-till planter. Since selling his cows in 2019, he also relief-milks for Katy and David so they can take time off. Katy’s stepdad, Steve Klapper, also helps with tractor driving and projects on the farm. Another neighbor is hired to combine their oats, soybeans and corn for grain. David chops the corn silage, which is stored in their two silos.

“We hire a guy to do custom big-square baling, and I also have him wrap some baleage for us,” David says. “I chop straw and blow that in the mow. I also bale a few small bales of hay and straw.”

David sells most of the oats he grows and feeds some to the calves and heifers. He also sells some corn, soybeans and hay.

To improve soil health and minimize erosion, David seeds cover crops after oats and corn silage are harvested. He has put in a couple of grassed waterways.

The Lammerses prepay their crop inputs and milk house supplies, and they make sure they stay current with all of their vendors and suppliers to take advantage of discounts that range from 2% to 14%.

David and Katy have one son, Dawson, who is 16 and will be a junior this fall at Winnebago Lutheran Academy in Fond du Lac. They have three daughters — Lilly, 9, will be a fourth grader; Cora, 8, will be a third grader; and Hope, 6, will be a first grader this fall. All three girls attend St. Luke’s Lutheran School in Oakfield.

Dawson helps with farm chores when he’s not at school or working at his part-time job at a local grocery store. He is active in forensics and is a member of WLA’s traveling choir. He also competes in shotput and discus.

Lilly helps with chores and is a first-year member of South Byron 4-H Club. She is looking forward to showing her spring heifer calf at the county fair. Cora and Hope entertain themselves during chore time by playing with barn kittens and Princess, their Great Pyrenees farm dog.

David and Katy say they are not interested in milking more cows.

“We have good work-life balance,” David says. “We don’t take a lot of vacations, but we try to do stuff with our kids during the day. I’ll probably milk cows for 10 years and see what the girls want to do. Dawson is not interested in farming. We may consider expanding our herd 10 to 15 years from now if one of the girls decides they want to farm.”

David and Katy have advice for young farmers thinking about starting farming: “Do your homework and don’t get discouraged if someone tells you it can’t be done — persevere.”

They say they are glad they bought their farm.

“I have always tried to do the best job that I can with what I have,” David says. “We feel very blessed and grateful.”