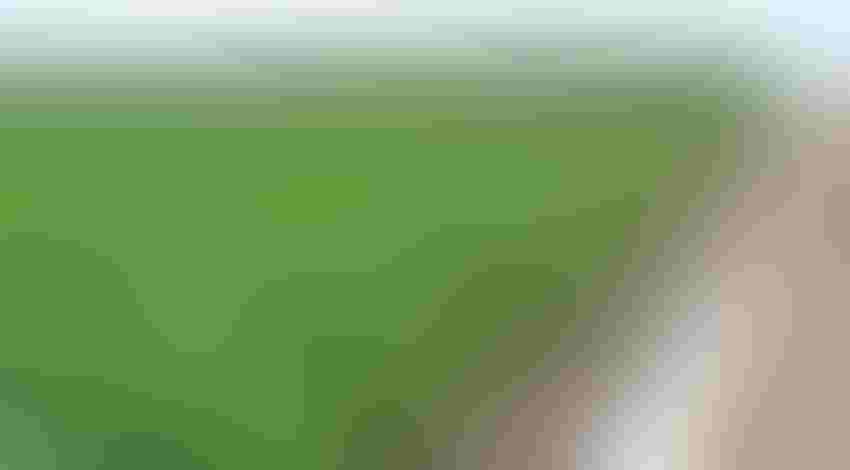 Surface irrigation automation is an emerging technology that MSU researchers has evaluated on-farms over the past two years. The technology uses soil moisture sensors to trigger irrigations, and both the pump and the valves are automated — meaning growers can water multiple fields or sets without having to manually swap valves. Everything can be monitored with a computer or mobile device. DFP Staff

Saving water is not just an environmental issue, it is an economic one. Researchers are continuing to evaluate new irrigation technologies that will help farmers save water while improving or at least maintaining yields. The goal is to improve water use efficiency — which is defined as the measurement of grain or fiber produced per unit of water used by the crop.

For furrow irrigation, proven practices like computerized hole selection, surge irrigation, and soil moisture sensors have been adopted by many growers in the region. In fact, Mississippi is one of the highest ranked states in the nation when it comes to using soil moisture sensors, according to Drew Gholson, assistant professor with Mississippi State University and coordinator for the National Center for Alluvial Aquifer Research.

“As we continue to add irrigation acres, we want to continue to increase irrigation efficiency,” Gholson said during a presentation at the 2022 MSU Row Crops Short Course held in Starkville, Miss., Dec. 5-7.

Surface irrigation automation is an emerging technology that Gholson has evaluated on-farms over the past two years.

The technology uses soil moisture sensors to trigger irrigations, and both the pump and the valves are automated — meaning growers can water multiple fields or sets without having to manually swap valves. Everything can be monitored with a computer or mobile device.

“You can irrigate and swap from field to field without leaving your office,” said Gholson. “The big saver is when you need to swap valves in the middle of the night. This system will automatically swap fields without down time. It cuts down on waste. Water is being applied to crops faster. And users are not having to make manual adjustments.”

Gholson’s research is showing potential for big gains in water use efficiency by automating the process. Over the past two years he collected data from eight sites across Mississippi comparing automated irrigation to producer-directed irrigation. Producers had access to soil moisture sensor data. 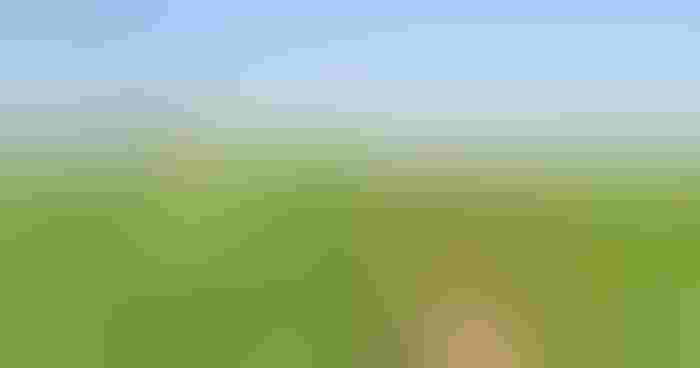 “It’s obvious we need a different philosophy for our pivot irrigated acres,” said Dave Spencer, assistant professor with MSU’s Water Resources Research Institute. “Our goal is to never stress the crop. How to know how close to stress you are?”

“If you’re not using soil sensors, you’re largely guessing,” Spencer said. “You can’t always tell if a plant is stressed simply by looking at soil and crop condition. Moisture sensors are the most accurate and take the guesswork out of knowing how close you are to stress points.”

Sensor use and placement

If soil moisture sensors are the most accurate form of measurement of irrigation needs, that accuracy can be greatly influenced by placement in the field, according to Spencer.

“Placement is a big factor in how well sensors work. You want to place sensors in a representative yield area. Don’t place in historically poor yielding areas,” he said.

“From there, if you have raised seed beds, place on top of bed. Ensure the sensors are adjacent to a good crop stand and not next to a skip or traffic row. Moving equipment could hit and damage sensors. Also, traffic could affect infiltration.”

When and how much

When choosing an irrigation threshold, Spencer’s research showed the most economical choice for irrigating corn in the Mississippi Blackland Prairie was -40 centibar.

“In the Prairie in a pivot, our thresholds will be much more conservative than in the Delta with furrow. Where you can use -80 cbar in the Delta, growers in the Eastern part of the state will need to trigger a watering at -40 cbar,” he said.

How much water to put out at each irrigation event? Spencer’s research showed that slowing the pivot down and putting out greater volume increased yield. The most economical application volume in his corn studies was 1.2 inches.

“That’s a lot more than I’m typically hearing from producers. We need to be putting out more each time we irrigate. The increase in yield more than paid for the cost of running pivot. Our research shows you need to be applying over an inch or more every time you turn the pivot on,” he said.

Can your pivot keep up with crop water demand, which in typically .3 inches/day in a pivot irrigation system.

“We have never seen an average 7-day water use that exceeded 0.3 inches per day in our region,” Spencer said. “If your pivot can apply 0.3 inches in a days' time, you can meet demand. If not, you will fall behind without supplemental rainfall.”

“If you don’t catch a rain to recharge the profile, you will eventually get to the stress zone. I think that’s what happened a lot this year,” he added.

“The most important point with irrigation is don’t guess.”

Researchers are also conducting an Irrigation Survey that is very helpful for monitoring adoption rates as well as understanding how to best reach audience and customize educational content and research. For more information about the survey, contact Zach Reynolds at 662-418-6620 or Gina Rico Mendez at [email protected].