'Lowland forests are in trouble—it’s really dry in the lowlands,' forestry advisor says. 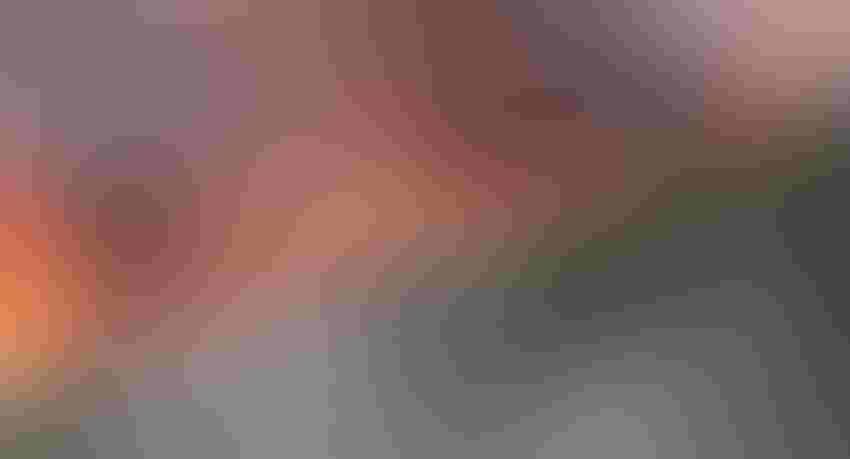 The Douglas Complex Fire burns in Oregon in July 2013.Oregon Department of Forestry

On the tail of a terrible year for wildland fires, an abnormally dry spring has heralded an early start to what could be a prolonged fire season in 2021.

“Fire season is already underway,” said Sean Alexander, WSU Extension’s Northeast Washington Forester. “We’ve already seen hundreds of acres burn, and we are in no way, shape, or form in a good situation.”

As of mid-May, 86 percent of Washington is abnormally dry, with more than 40 percent of the state in drought. While snowpack levels are high across most of Washington, that moisture is a double-edged sword, driving underbrush growth that eventually dries into fuel.

Drought, wind, and a spark

Last year, more than 840,00 acres burned in Washington, above twice the 10-year average.

“Fires have increased in both size and frequency in our state,” Perleberg said. “Over the last decade, the size of burned area in our state has increased four-fold.”

Last Labor Day weekend, the Babb Fire destroyed 80 percent of homes in the small Whitman County town of Malden. A few days later, a super-plume of smoke from fires in southern, central, and northern Oregon settled over Washington, where, for five days, air quality monitors statewide recorded pollution levels above the 24-hour health standard. Fire suppression cost more than $110 million in 2019, the most recent year with available data.

For fire to start, timber, grasses, and other fuel must be dry. Green wood won’t burn, but given time, warm temperatures, and low relative humidity, all that’s needed is a spark, and wind to spread the blaze.

“Most wildland fires happen in grasslands and range, and are typically very manageable,” Alexander said. Fine fuels burn quick but fast, and usually stop when they hit a barrier.

“The fires we see on the news, that cause our smoked-out September skies, get bad because they get into timber, where there is hundreds of times more fuel,” he said. “They burn hot and put off a lot of smoke, as well as embers,” which can fly on updrafts for miles.

Once flames climb into the forest’s upper canopy, they can create intense, running crown fires that sweep through entire stands and endanger lives, homes, and property.

Historic changes for forests and fires

Compounding drought are historic changes in Northwest forests. While this region hosts a range of forest landscapes, dry and lower-elevation Douglas-fir and ponderosa pine forests east of the Cascades once burned every five to 15 years, in part due to the influence of Native Americans.

Since the era of effective fire suppression began around 1950, “we’ve seen a lot of trees grow into formerly open spaces,” said Mark Swanson, Forestry Program Lead with WSU’s School of the Environment. “We have denser, more moisture-stressed stands that are going to burn at higher severity, where once they would have experienced low-severity, ground fires. These are the parts of our forest that would have burned frequently, keeping fuel low so that fire wouldn’t have jumped from crown to crown.”

Fire has long been a keystone process for biodiversity in Northwest forests. Humans learned long ago how to use fire as a tool. In the northwest, Native Americans used it to maintain camas prairies, huckleberry fields, and acorn-bearing oak stands.

“We see every form of fire possible in our modern landscape, from prescribed fires to really damaging wildfires,” Swanson said. “In 2020, we saw a lot of fires west of the Cascades, where they don’t frequently occur.”

“They’re also naturally full of fuels,” said Patrick Shults, Southwest Washington Extension Forester. “It takes a few rare circumstances to have a fire here. But when they line up, they can create very big fires.”

Nearly 120 years ago, in September 1902, those three rare factors aligned. An abnormally hot and dry summer, a dry east wind, and a spark—boys trying to burn a hornet’s nest—combined to start the Yacolt Burn, which engulfed half a million acres in southwest Washington and Oregon, killing at least 65 people.

Such large western fires are rare, happening every 500 to 800 years. But with increasingly hot and dry summers, preparedness is of increasing importance.

Educating for risk and realities

For more than 20 years, WSU Extension Foresters have been teaching fire realities to Washington forest owners.

Through workshops, field days, and short courses, “we help people become experts on their own property,” Perleberg said. “We help them learn about management choices and implications. We expect them to be responsible and to find their tolerance for risk.”

Most participants start executing forest-protecting practices, such as reducing fuels in forests and safeguarding homes and property, before classes are over.

“Some do everything right and still burn,” Perleberg said. “But we know that these practices generally result in significantly reduced risk.”

Over the last decade, more than 38,000 people, representing more than 1.5 million acres of land, have taken part in WSU Extension forestry education. Perleberg calculates that their efforts have been worth more than $239 million in benefits from stewardship and safety, with more than 450,000 acres managed for better fire resistance.

“I want landowners to know that we’re here to help,” Perleberg said. “Forest owners contribute to fresh air, clean water, wildlife, scenic beauty, forest products, and fire safety. Those are public benefits, and we can help them learn, connect to resources, and protect those values.”