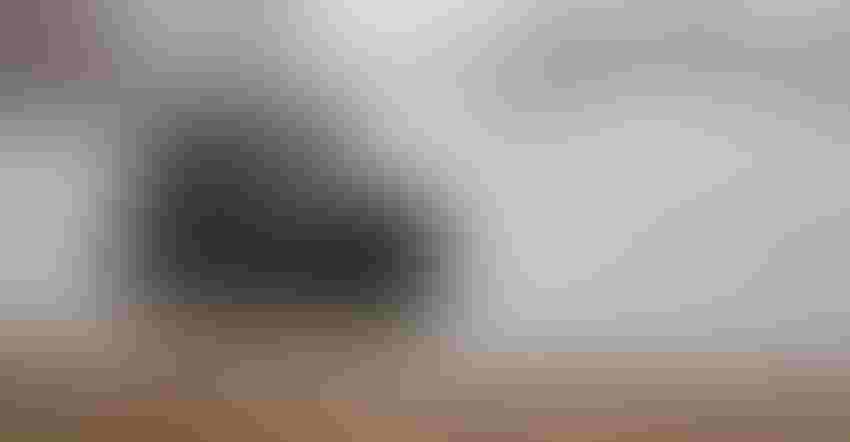 WATER TOUR: USDA Under Secretary Bill Northey (left front) got an up close view of the damage floodwaters from the Missouri River had on the Spiegel farm north of Watson, Mo. Farm co-owner Andy Spiegel, took Northey, along with Missouri Farm Bureau President Blake Hurst (back left) in an amphibious ATV around the family farm.Mindy Ward

Thunder boomed and rain pattered on the tin roof as the amphibious eight-wheel ATV pulled back into the machine shed on the Spiegel Farm. It was a fitting end to USDA Under Secretary Bill Northey’s tour of cropland and farm buildings inundated by floodwaters from the Missouri River.

Water topped federal levees a little over a week ago at the family farm just north of Watson, Mo., near the Nebraska border. Roughly 1,700 acres are covered by water and debris.

Andy Spiegel farms the land along with his father, Dick, and brother, Kyle. The family has endured several historic floods like those in 1993 and 1998. Their last flood event was just eight years ago. However, this flood is different.

“It’s the earliest flood we’ve ever had,” Andy said. And all three men agree the water level is the highest it has ever been.

Between the rise and reach of the water, many farmers didn’t have time to get their grain out of the bins or move machinery. The Spiegels, with the help of friends and neighbors, worked through the night and into the morning hours to move 20,000 bushels of soybeans out of grain bins that are now surrounded by river water. They were able to relocate farm machinery to a hill across Interstate 29.

“So many people are far more affected than our farm,” Andy said. “This will economically be a big challenge for us. But folks lost their homes and don’t have any place to go back to. I have a dry bed so I am fortunate.”

The Emergency Conservation Program can help pay for some cleanup via cost share. Farmers can use these funds to rebuild fences, clean up debris and push away sand, Northey explained.

The Emergency Watershed Protection is a Natural Resources Conservation Service program that focuses primarily on infrastructure needs. Northey said this program requires a sponsor, like a public entity, to repair infrastructure.

Both ECP and EWP require funding from Congress. Northey said those funds are dwindling. “We’ve been operating on funds from last year that address some of the disasters of 2017. We’ve worked our way through most of the funding available from 2017, then the 2018 hurricanes, now we have tornadoes down south and flooding here.” Northey said there are some dollars left. “It is enough to get started, but not going to be enough to address what is remaining.” Congress understands the need for more money for those two funds, he added.

Northey envisions prevent plan being used heavily up and down the Missouri River system for 2019. He’s also heard some concerns along the Mississippi River.

“Work with your crop insurance agent,” he said. “You need to be aware now more than ever of what provisions are out there.”

The Spiegel family is moving forward with this cropping season starting with their hill ground. “We are getting the planter ready,” Andy said. “We are going to go out there and give it our best shot.”

Farming is his life. “I’ve got young kids,” he said. “This is how we make our living. I’m optimistic.”

He said others who farm along the Missouri River will likely follow suit. “Farmers are resilient and will always try to get the job done.”