North Carolina is a growing state with more than 10 million people. There is a good consumer base in the state that would like to purchase more locally grown and made food. 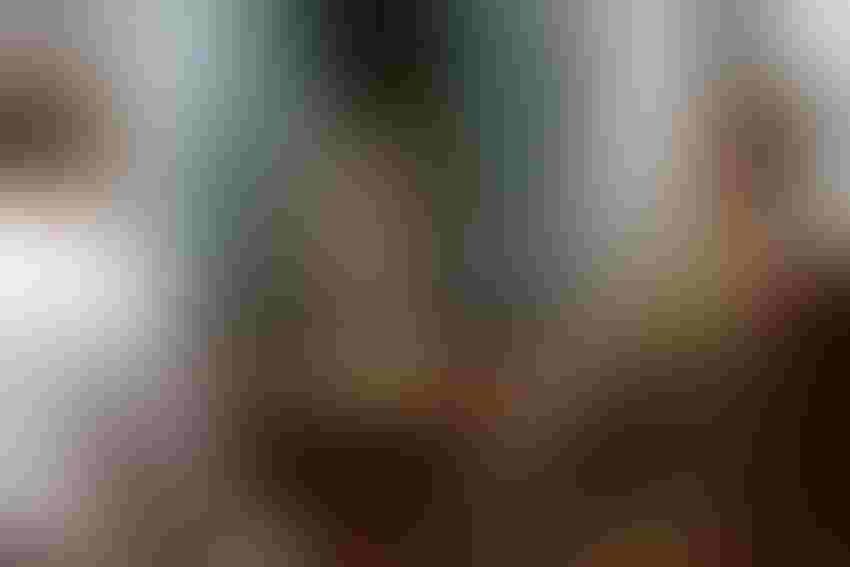 The new Farm Bureau president was born and raised on a farm near Chocowinity in Beaufort County in eastern North Carolina and ran the farm for 30 years, before becoming public policy director of the North Carolina Farm Bureau in 2018 and being elected president in December 2019.

Today, Harding’s son Billy runs the farm where the family grows strawberries, blueberries, greenhouse tomatoes and other fruits and vegetables.

As Farm Bureau president, Harding spends a great deal of his time dealing with policy issues that impact North Carolina agriculture. Trade and the nuisance lawsuits impacting pork producers are high on the list. A top priority for Harding is expanding food manufacturing in North Carolina.

“We grow a lot of food here. Let’s look at a way we can manufacture food here and give a premium price for our farmers, but at the same time we have a local product that goes straight to our shelves. It won’t happen overnight, but it’s an area we need to look at,” Harding said in an interview with Southeast Farm Press.

Harding said North Carolina is a growing state with more than 10 million people. There is a good consumer base in the state that would like to purchase more locally grown and made food. He said North Carolina is well positioned on the East Coast between New York and Florida to be a leader in food manufacturing.

Harding emphasized that trade remains critical to North Carolina agriculture. The coronavirus and the disruption in the whole world economy has clearly hampered trade, but Harding is optimistic things will straighten out and deals will be made that benefit North Carolina farmers. He noted that the Trump administration has already made deals with 60% of U.S. trading partners.

“There are opportunities out there and the only way were going to move the commodity markets is with trade,” Harding said.

Through it all, Harding said the state of farming is in flux and constantly changing. But he pointed out this has always been the case. Without a doubt, North Carolina agriculture faces many challenges.

“We always have to talk about tobacco when we talk about North Carolina agriculture. That world is in a real shift right now. We need to see where it settles out,” said Harding, who grew tobacco until 2004, when he switched to fruits and vegetables.

As for hemp, Harding sees opportunity, but a strong and viable market is needed before the crop can really take off. He said North Carolina is well positioned to be a leading hemp producer, but the issue is not growing hemp but selling hemp and figuring out where the market will be.

Nuisance lawsuits against the state’s pork industry are on appeal and haven’t captured a great deal of attention in the news of late, but Harding said they are still important, and North Carolina Farm Bureau is actively involved in supporting pork producers in the litigation.

“This will be an important issue going forward. How do we in agriculture in this state work with all of the people who are moving in and don’t understand agriculture. How we communicate with these people is top of mind for Farm Bureau, finding ways where we can work together,” Harding said.