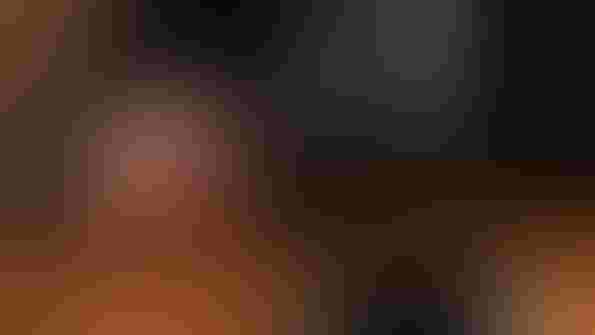 In a ruling July 7, the U.S. Court of Appeals for the Eight Circuit issued a decision holding Monsanto-Bayer and BASF responsible for damage to Missouri peach farmer Bill Bader’s orchard caused by the companies’ dicamba herbicide-based crop system. The  U.S. appeals court in St. Louis ordered a new trial to determine punitive damages that Bayer and BASF must pay for harm caused by the weedkiller dicamba.

Bader argued successfully that dicamba drift caused devastation to his 1,000-acre peach orchard. Bader won a 2020 district court verdict in which a jury awarded him $265 million -- subsequently reduced to $75 million -- against the two firms’ appeal of the decision to the Eight Circuit Court of Appeals.

“We respectfully disagree with the Eighth Circuit’s refusal to set aside the jury’s liability verdict and believe that the company acted responsibly, and punitive damages should not have been submitted for consideration by the jury,” says Susan Luke, spokeswoman for Bayer.  “While we have great sympathy for any grower who suffers a crop loss, we continue to believe Bader Farms’ claims lack merit, and that any crop loss Bader Farms experienced is unconnected to Monsanto or its products.”

In 2021, Center for Food Safety filed a legal brief in support of Bader and called the ruling another win in its attempt to limit the use of dicamba.

CFS staff attorney Meredith Stevenson, amicus counsel in the Bader case, says, "The appeals court correctly held Monsanto and BASF responsible for unprecedented damage to Bader’s peach orchard from dicamba drift. But this is just the beginning. The destruction to Bader’s orchards provides just a single example of the widespread harm inflicted on thousands of farmers and the environment from Monsanto’s negligence and EPA’s refusal to cancel its dicamba approval.”

Luke says Bayer will review its legal options with respect to the court of appeals decision.

Bayer says it “stands strongly behind the safety and utility of its XtendiMax herbicide, which is a valuable tool, especially right now when growers need access to a variety of safe and effective crop protection tools to meet global food security needs.”

“We continue to hear from growers that XtendiMax is an effective and vitally important tool, and we believe the vast majority of our customers have had success with weed control and on-target applications,” Luke explains. “We are proud of our role in bringing innovations like XtendiMax forward to help growers safely, successfully and sustainably protect their crops from weeds.”

Stevenson states CFS “will continue to fight to prevent continued harm to millions of acres of cropland, hundreds of endangered species, parks, wildlife refuges and other natural areas from dicamba.”

CFS also challenged the 2018 federal approval of dicamba, which was struck down by a court in 2020. Additional restrictions allowed farmers to again utilize dicamba, however, CFS has also challenged dicamba’s latest regulatory approval.

At the end of May, the American Soybean Association filed its opening brief in a lawsuit for over-the-top dicamba in the D.C. Circuit Court of Appeals, raising concerns that use conditions imposed by the 2020 registration were onerous and unjustified. Joined in the action by Plains Cotton Growers, the groups demonstrated that June 30 and July 30 application cut-off dates for soybeans and cotton, respectively, were arbitrary and capricious, not supported by science, and often harmed the ability of growers to use the tools. Recent registration amendments in Minnesota and Iowa only amplified these difficulties. The groups also contend the Endangered Species Act downwind buffers required by the registration were arbitrary and capricious and were not developed using the best science and commercial data available to the agency, as the law requires.

EPA’s response brief for the dicamba case is due to the court by July 20. ASA says it will continue to advocate for science-based pesticide decisions from EPA, whether on dicamba or any chemistry.