National farm policy, trade agreements and world currency values could continue to affect American agriculture, and not always in a positive way 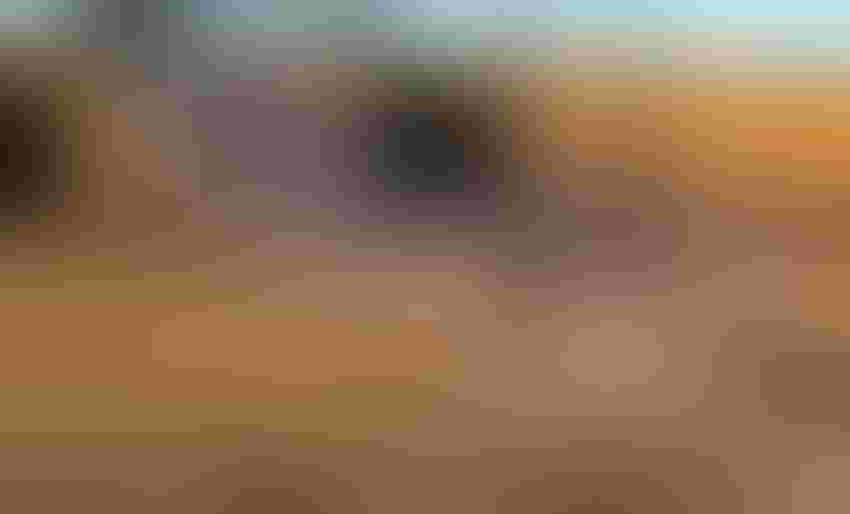 Water availability will continue to be one of many challenges for farmers in the West.Todd Fitchette

Record U.S. stock market levels and a recent trade agreement with China do not tell a complete story of what farmers and ranchers could face in 2020. National farm policy, trade agreements and world currency values could continue to affect American agriculture, and not always in a positive way, according to a CoBank report.

The rural economy will continue to face headwinds as gross domestic product growth (GDP) is projected in rural America could continue to trail the rest of the country by about 1%. Still, CoBank says if any lessons have been learned from the past year or two, it's that the U.S. farm economy is resilient and U.S. farmers lead the world in the ability to produce plentiful, safe, and nutritious food for a growing global population.

"U.S. trade continues to be a headwind for agriculture, and should remain so," says Tanner Ehmke, manager of CoBank's knowledge exchange division.

Written before the Phase One trade deal between China and the U.S. and the U.S. Mexico Canada Agreement (USMCA) were announced, and before completely partisan House vote to impeach President Trump sent two articles of impeachment to the Senate, the report seems to suggest that the American economy could slow a bit, though it doesn't predict recession. Full-year GDP growth is likely to range from 2.5% to 2.75%, according to the report.

Consumer strength across the globe is credited with staving off global recession, writes Dan Kowalski in a section of the report outlining trade. Kowalski, vice president of CoBank's knowledge exchange division, suggests parts of Europe and Japan would most likely have fallen into recession by now.

"If China does buy $50 billion worth of agricultural products from the U.S. that would be phenomenal," Ehmke said. "These are positive statements that get people excited but are these possible under current circumstances."

If trade tensions between the United States and its global partners recede, CoBank believes global economic growth could "bottom out" in early 2020, then rebound. If this doesn't happen, CoBank suggests the risk of global recession rises from 30% to 50%.

While the domestic economy remains on firm footing, there remains a divide between rural and urban economies. While real wages have soared, pulling home values and equity positions higher, Ehmke points to labor markets as just another headwind working against the overall economy. This tight labor market can be good for those in it as it may further benefit wage earners, business owners will be challenged in their ability to expand.

Farmers who rely on hand labor have been most impacted by this, causing crops to be left unpicked. Efforts continue to mechanize these segments of the agricultural economy heavily reliant upon manual labor, but for many growers it's not happening fast enough.

CoBank reports that the Federal Reserve believes it has inflation in check, despite the tight labor markets. Moreover, the Fed remains concerned that a lengthy period of low inflation – still well under 2% since the 2008-09 financial crisis – could become "a semi-permanent trap like it's been in Japan for decades." This, according to the report, is more concerning to the Fed than excessive inflation. For this reason, the Fed plans to hold interest rates steady in 2020.