Amid talk of a U.S. trade spat, the country is looking at its currency and global impact 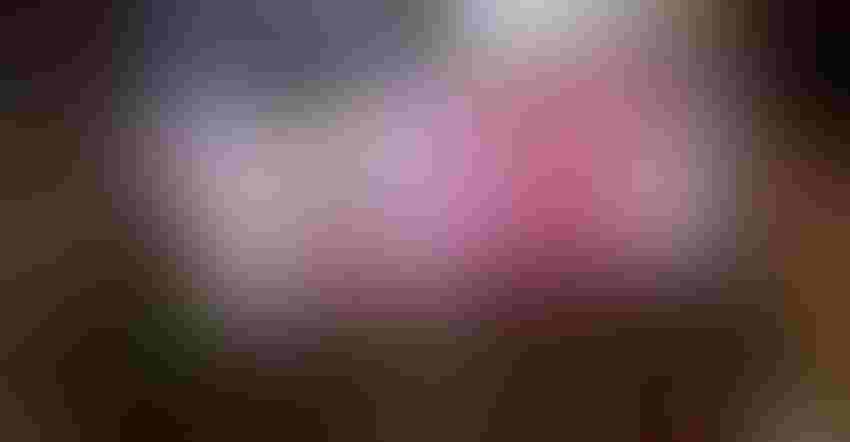 China is evaluating the potential impact of a gradual yuan depreciation, people familiar with the matter said, as the country’s leaders weigh their options in a trade spat with U.S. President Donald Trump that has roiled financial markets worldwide.

Senior Chinese officials are studying a two-pronged analysis of the yuan that was prepared by the government, the people said. One part looks at the effect of using the currency as a tool in trade negotiations with the U.S., while a second part examines what would happen if China depreciates the yuan to offset the impact of any trade deal that curbs exports.

The analysis doesn’t mean officials will carry out a devaluation, which would require approval from top leaders, the people said, asking not to be named as the information is private. The yuan weakened as much as 0.2 percent to 6.3186 per dollar in onshore trading on Monday before trading little changed as of 5:49 p.m. local time. China’s central bank didn’t immediately respond to a faxed request for comment.

“It seems as if Beijing is showing the full extent of policies they could deploy in response to Trump’s protectionist rampage,” said Viraj Patel, a strategist at ING Bank NV in London.

While Trump regularly bashed China on the campaign trail for keeping its currency artificially weak, the yuan has gained about 9 percent against the greenback since he took office and has been steady in recent weeks despite the escalation of trade tensions between the world’s two largest economies. The Chinese currency touched the strongest level since August 2015 last month.

Other markets have been far more turbulent as both the U.S. and China proposed tariffs on $50 billion of goods and Trump instructed his administration to consider levies on an additional $100 billion of Chinese products.

The S&P 500 Index has slumped more than 9 percent from this year’s peak in January, while the Shanghai Composite Index has lost 12 percent on concern that tensions between America and China could devolve into a full-blown trade war. Yields on U.S. Treasuries have also declined from this year’s highs as investors shifted into haven assets.

While a weaker yuan could help President Xi Jinping shore up China’s export industries in the event of widespread tariffs in the U.S., a devaluation comes with plenty of risks. It would encourage Trump to follow through on his threat to brand China a currency manipulator, make it more difficult for Chinese companies to service their mountain of offshore debt, and undermine recent efforts by the government to move toward a more market-oriented exchange rate system.

It would also expose China to the risk of local financial-market volatility, something authorities have worked hard to subdue in recent years. When China unexpectedly devalued the yuan by about 2 percent in August 2015, the move sent shock-waves through global markets.

“Is it in their interest to devalue yuan? It’s probably unwise,” said Kevin Lai, chief economist for Asia ex-Japan at Daiwa Capital Markets Hong Kong Ltd. “Because if they use devaluation as a weapon, it could hurt China more than the U.S. The currency stability has helped to create a macro stability. If that’s gone, it could destabilize markets, and things would look like 2015 again.”

Given the downsides, China is unlikely to resort to a devaluation unless it exhausts its other trade-negotiation tools, said Frances Cheung, head of Asia macro strategy at Westpac Banking Corp. in Singapore. The more likely scenario is that the two countries will reach a compromise and China will continue to liberalize its capital account, added Zhou Hao, senior Asia emerging markets economist at Commerzbank AG.

“There are many measures they can take before resorting to this tool,” said Ken Peng, an investment strategist at Citi Private Bank in Hong Kong. “Using yuan depreciation is like sacrificing 800 soldiers of your own to kill just 1,000 enemies.”

Still, that doesn’t mean market-driven yuan weakness is off the table. The average forecast among analysts tracked by Bloomberg calls for the currency to drop slightly by year-end to 6.38 per dollar. China limits daily fluctuations in the yuan to 2 percent on either side of a reference rate set by the central bank.

“There is room for a near-term yuan correction given how much the currency has gained since last year,” said Ken Cheung, a currency strategist at Mizuho Bank Ltd. in Hong Kong. “China would allow market-driven yuan weakness if sentiment fluctuates on trade war concerns. But it’s unlikely for the authorities to engineer another round of significant one-off devaluation.”

Traders looking for clues on President Xi’s thinking will soon get the opportunity to hear him speak. On Tuesday he’s scheduled to address the Boao Forum for Asia -- China’s answer to Davos -- on the tropical island of Hainan.