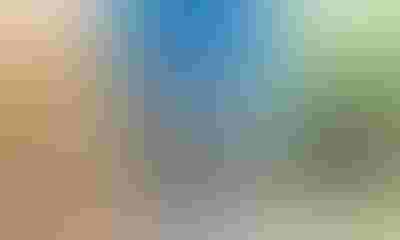 1. USDA released its much-anticipated Prospective Plantings report March 31. As expected, USDA said U.S. farmers are going to plant a record amount of soybeans this spring with USDA forecasting 89.48 million acres, up more 7% from last year’s crop. This increase in acreage comes at the expense of corn and wheat. – Farm Futures

2. FMC and DuPont announced March 31 that they had reached an agreement for FMC to acquire the part of DuPont's Crop Protection business that it must divest to comply with the European Commission ruling related to its merger with Dow Chemical Company. As part of the agreement, DuPont will acquire FMC Health and Nutrition and receive $1.2 billion in cash. Dow and DuPont had announced earlier in the week a conditional regulatory clearance from the European Commission. – Farm Futures

3. Environmental Protection Agency Administrator Scott Pruitt signed an order on March 29 denying a petition that sought to ban chlorpyrifos, a pesticide used on U.S. farms. This reverses a decision made by the previous administration. The decision was heralded by members of the Pesticide Policy Coalition, which said the pesticide is vital to agricultural production. – Farm Futures

4. This year's bird flu outbreak is the nation's worst since 2015. The disease was first confirmed in southern Tennessee in early March and has since been detected in Alabama, Kentucky and Georgia. – Times Free Press

5. The Senate Committee on Agriculture, Nutrition and Forestry voted March 30 to favorably report nominee Sonny Perdue to serve as the 31st Secretary of Agriculture. His nomination was opposed by Sen. Kirsten Gillibrand and his cousin, Sen. David Perdue, abstained from the vote. – Politico

6. The availability of credit is vital for farm operations and was discussed at a recent House Agriculture Committee hearing held to review the Farm Credit System. – Delta Farm Press

7. The United States hog inventory is up 4%, according to the quarterly Hogs and Pigs Report released March 30, 2017, by USDA's National Agricultural Statistics Service. Breeding inventory, at 6.07 million head, was up 1% from last year, but down slightly from the previous quarter. – Wallaces Farmer

And your bonus: The importance of pollinators has long been in the news and a University of Idaho researcher recently published a review paper that says when agriculture helps pollinators, pollinators help agriculture. – phys.org