As the deadline for the next ag census approaches in 2023, indications are more women are entering the industry than a generation ago. 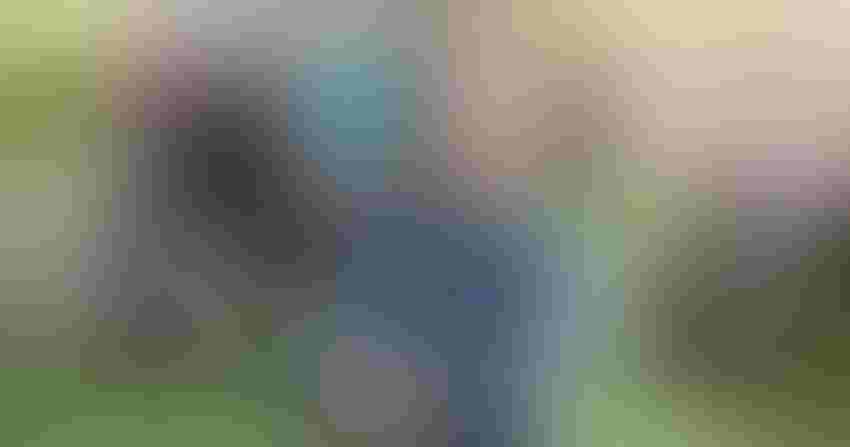 There are approximately 1.2 million female farmers in the U.S., 36% of total farmers, according to the last USDA Ag Census.Getty Images/iStockphoto

As the deadline for the next ag census approaches during the first quarter of 2023, indications are more women are entering the industry than a generation ago.

Rachel Lee, a county executive director for USDA FSA, didn’t grow up farming but was encouraged by her family to follow the ag career path her passion took over from there.

“My mom actually encouraged my start in agriculture,” she said. “She thought that agriculture would be something I would be interested in. Being involved in the production side of our food and fiber system for the family farm also helps that passion. I want to see our farmers and their crops succeed each year."

She pursued multiple degrees in Agriculture and Extension Education at Mississippi State University. She also married a farmer. After graduation, Lee and her husband, Kellon, moved back to Louisiana to help on the family farm.

“I knew I wanted to continue my work with agriculture and farmers which led me to become a county executive director for the Farm Service Agency in Madison Parish,” she said. “I get to work with some of the kindest, most genuine people in this industry.”

While farming may be a male-dominated industry, Lee sees more women joining the agriculture industry than ever before.

“Over the last several years, I have seen more and more females becoming involved in agriculture,” Lee said. “I have seen more female landowners and more females beginning to farm, so that is very encouraging for me to see. I would encourage newcomers to be open-minded in their career choices instead of set on one. I would encourage them to never turn down a learning opportunity, always ask questions, and be willing to learn and grow.”

There are many career paths, many of which do not require an agricultural background.

“There are jobs from start (growing the crop) to finish (creating the product from the crop) that could be potential carrier paths for students interested in agriculture,” she said. “There are agricultural lenders/bankers, USDA FSA/NRCS, forestry, agronomy, extension agents, agriculture teachers, and environmental and sustainability careers within the industry.”

Lee believes women should not be intimidated even though agriculture has historically been a male-dominated industry.

“If you feel intimidated pursuing a career in a historically male-dominated industry, use it as motivation to work harder and succeed in your career choice,” explains Lee. “Be a positive influence on others that may want to join the agriculture field. The agriculture industry is a challenging, but positive and rewarding field to work in.”

On a nice sunny day at the local farmers market in Lafayette, La., a woman approached the Cajun Acres Greenhouse booth to pick up some freshly grown lettuce harvested earlier that day. She asked the woman working the booth if her husband was the farmer who grew the lettuce. She was shocked to realize the woman selling the produce had also grown it.

Camille Schuneman, the woman in the booth, is the owner and producer at Cajun Acres Greenhouse. She is also breaking the stigma surrounding females in the agriculture industry and inspiring women in the ag industry.

Schuneman manages the hydroponic greenhouse that grows several varieties of organic produce. The greenhouse primarily houses three types of produce including Butterleaf, Red Oak, and Greenleaf lettuce. Schuneman runs every aspect of the operation from growing the produce to marketing and sales.

Schuneman explains how most of the farmers she meets throughout the industry are males.

“As a female farmer, I believe it is my role to inspire my kids by involving them as much as possible,” she said. “I often bring my kids with me to the farmers market and provide them with the opportunity to be involved and see Mom working hard.”

While Schuneman only has sons, they often assist with tasks in the greenhouse where she can teach them about caring for various vegetables. Owning the greenhouse has allowed her to juggle being a mother while allowing her kids to see her as a female grower and business owner.

Farmer markets and social media are two of the ways she shares her female-driven operation within the community.

Schuneman points to FFA and 4-H as ways to introduce young women to agriculture in a way that helps nurture good career choices.

“It’s important for young women to get interested in agriculture for both physical and mental health,” she said. “There is something about being connected with plants. The energy they give off is very rewarding. Farming can be intimidating but so empowering. It’s a beautiful way to provide for yourself and your family. The opportunities and benefits are endless!”

USDA is also encouraging women in their journey in agriculture by empowering them with several initiatives including developing leadership skills, continuing conversations in ag, and getting connected in the ag community. Find out more about the USDA initiatives here: www.usda.gov/our-agency/initiatives/women-agriculture