This Old Barn: The first floor of White’s Mill has been renovated into a very popular retail space. 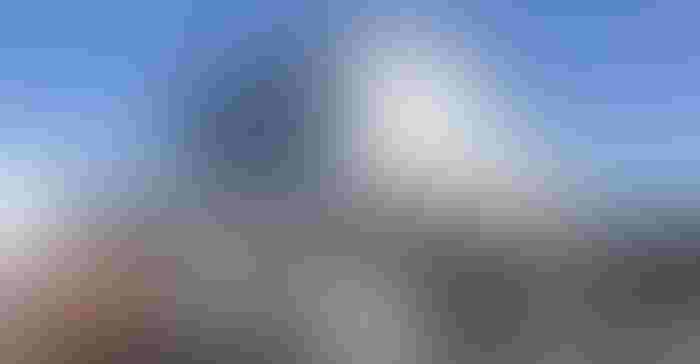 Two hundred eleven years ago, in the beautiful Hocking Valley near the town of Athens, Ohio, Capt. Silas Bingman chose a spot on the south bank of the Hocking River, adjacent to a natural sandstone waterfall, to build his three-story gristmill. He laid a large cut-sandstone foundation on the large sandstone caprock. Viewing the mill site from the north bank of the Hocking River, one can see why the mill was built at this particular location in 1809.

A 10-foot-high log dam was constructed of massive hewn logs, notched to create a double-walled crib. The spaces between the walls were filled with debris. The large sandstone caprock of the falls became a significant portion of the constructed dam. The dam created a millrace to supply water-power to a wooden waterwheel, which in turn powered the equipment for grinding grain. The top of the log dam was capped with concrete in the early 20th century.

Dam washes out, mill burns down

Joseph Herrold purchased the mill in 1840. During the years that followed, the dam was washed out. With no water to drive the waterwheel, the Herrolds did not operate the flour mill for several years, and folks started buying store-bought flour and ground grain. Joseph’s son, Henry, rebuilt the dam in 1884-85. The wooden waterwheel was replaced with turbines in 1895.

Joseph and his son ran the mill until 1912, when — at the height of its productivity — they sold it to the White family. The Whites invested in $3,600 worth of new milling equipment.

A great misfortune occurred Oct. 2, 1912, when the mill burned down to its stone foundation. The fire destroyed the mill and all its contents, 4,000 bushels of grain and 100 barrels of flour. But Edgar White was not to be deterred. He searched for an existing mill structure to be moved to his property.

He found one close by on Leading Creek in Dyesville, Meigs County, Ohio, and bought it from Nathaniel Vale. The mill timbers were marked, deconstructed and loaded onto barges pulled by oxen to the mill site; the oxen, tied to the barges by ropes, followed trails along the riverbank. The mill was reassembled on the old stone foundation and was added onto later.

So in 1916, White’s Mill was officially established and looked much as it does today. Edgar and his son Gamaliel operated the mill until 1936, after which Gamaliel joined with his brother Erskine to take over the operation. Even though it has had several owners since, it has remained a family business.

The dam has been significantly damaged twice by flood. In 1961, it was washed out, but repaired the same year. Floodwaters heavily damaged the dam again in 1975, but it was not repaired. The remaining portion of the wooden dam is one of a few examples of wooden dams left in the United States.

The replacement mill structure Edgar White built consisted of two sections. The main flour mill is three stories, and the attached building has two stories. These two sections rest on the sandstone foundation built by Bingman, which creates a full basement. Since Edgar White’s original construction in 1915, there have been some additions to the structure. In 1945, a turbine house was added on the riverside of the three-story section. In 1954, a concrete block storeroom and office were attached to the three-story section. A pole building was attached to the two-story section in the 1970s.

Mike Toomey bought the mill in the 1990s and proceeded to shift the business to more of a home and garden and pet supply retail center, along with some unique local products. In 2016, he sold the business to longtime employees Rodney Dowler and Tyler Schloss.

The first floor of the mill has been renovated into a very popular retail space for pet and gardening supplies with a treasure trove of local wears and gifts. The upper floors still house the historical equipment of the past.

For mill hours and other information visit whitesmillathens.com.