Couple fulfills dream to build, retire to farm with help from the UAPB Small Farm Program 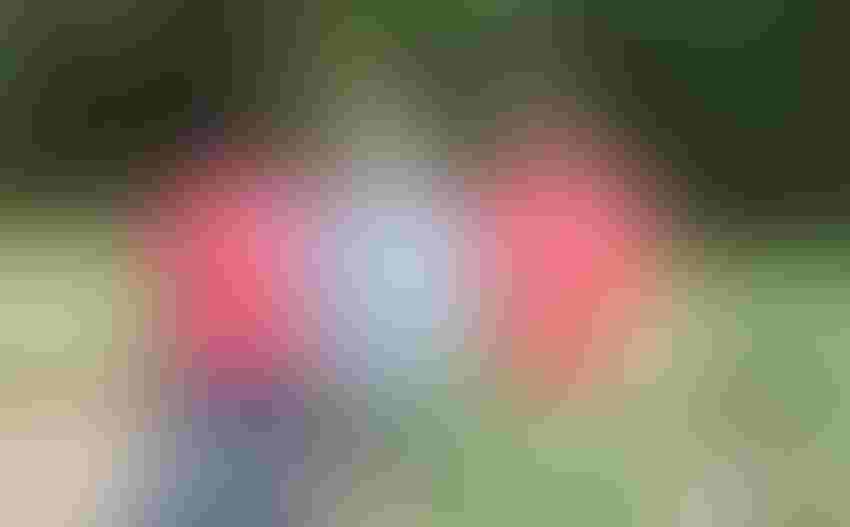 The Carswell family in their garden. From left, Kenneth and Jacqueline Carswell and the couple’s son Keith Carswell.Brad Mayhugh

Thirty years ago, Kenneth Carswell knew he had met his soulmate when he went on a date with Jacqueline Rhodes. During the dinner out, the conversation turned toward their individual goals for the future. It just so happened that Kenneth and Jacqueline had the same dream – to someday own and retire to a farm.

After they got married, the Carswells, who lived in Florida, spent their professional lives working toward and saving for their shared vision. Kenneth worked as a system analyst for the Florida Department of Health, while Jacqueline worked as a nurse practitioner. In the early 2000s, they got serious about searching online for land for sale in the south.

“Sometimes in life you have to do something different in order to do what you really want,” Carswell said. “In 2007, my wife and I bought and paid for 66 acres of land in Sulphur Springs, Arkansas. It was the realization of a dream we had been planning for 30 years.”

The purchase of the land was just the first step for the Carswells. The land they bought was entirely forested and did not at all resemble the fully-functioning organic farm it is today.

“I had been traveling back and forth between Florida and Arkansas for a few years, acquiring farm equipment and making a plan for how to proceed,” Carswell said. “In 2009, my son Keith and I moved to live on the land with a truck and a trailer. There was so much forest and brush – we used machetes to chop back the brush inch-by-inch to start creating a road and a clearing.” 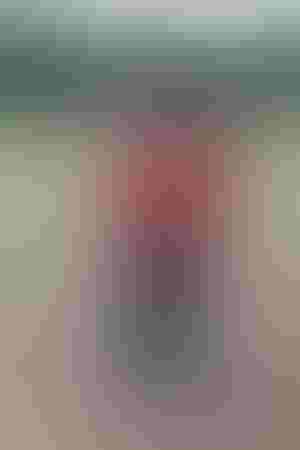 Kenneth Carswell talks about setting up his operation. (Brad Mayhugh)

Not knowing that White was an Extension associate for UAPB, Carswell began telling him about his difficulties in developing his forestland into a farm. White explained his job role as an Extension associate and the mission of the Small Farm Program in helping small producers in Arkansas make their operations more sustainable and profitable. He immediately advised Carswell to contact the U.S. Department of Agriculture (USDA) Natural Resources Conservation Service (NRCS) to obtain a conservation plan for his forestland.

Carswell was then advised by NRCS to obtain a Forestry Management Plan from the Arkansas Department of Agriculture (ADA) Forestry Division. After that, he used NRCS’s Environmental Quality Incentive Program (EQIP) for financial assistance in implementing his forest management plan, which included clearing 26 acres of the land.

Later, Carswell was introduced to Dr. Henry English, head of the UAPB Small Farm Program, for consultation on how to transform his land into an organic garden. He recalls that during the meeting, he presented Dr. English detailed plans of the farm he planned to build.

“After I showed him the plans, I remember Dr. English said, ‘Wow, that’s a good project – we want to work with you,’” Carswell said. “That was very exciting for me – that they liked the concept my wife and I developed 32 years ago. At that moment, our concept started to become a shared vision with the university.”

As he started to collaborate with Carswell, White said he quickly noticed Carswell had many good habits in relation to his farming business. Since he was a new farmer, he did not have some of the “old bad habits” some long-time farmers have, White explains.

“He was taught the right habits through Extension programming, and he sticks to them,” White said. “For example, Ken is an excellent record keeper. Some farmers may throw a receipt for farm supplies in the cab of their truck. But Ken holds on to the receipt for his records because he knows that information is needed in order to know whether he’s making a profit.”

Carswell’s good record keeping pays off, White said. He often receives quick approvals for his cost-share assistance funded through EQIP. He has received over $80,000 in funds to improve his operation with conservation practices. Thanks to EQIP funding, Carswell transformed his land into a multi-faceted operation that includes pastureland, vegetable gardens and forestland.

In addition to the forestry conservation practices, Carswell has installed other practices including forage and biomass planting (pasture development), establishment of a pond, fence installation and the development of a rotational grazing program that helped prepare his land for livestock production. Other preparations for his woodland included the installation of firebreak, prescribed burning, riparian buffers and stream crossings, as well as the introduction of pollinators and development of an integrated pest management system and forestry plan. 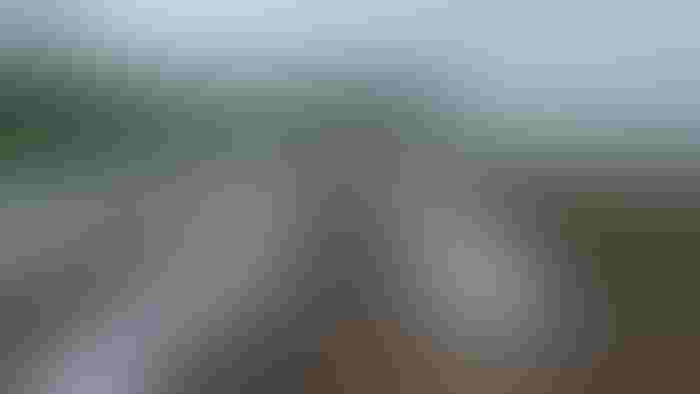 After transforming their land through EQIP funds, the Carswells named their operation “Peaceful Pines Farm.” They currently raise goats, chickens, fruit and vegetables and timber. The operation meets USDA organic criteria, meaning no synthetic chemical pesticides or herbicides are used. Carswell plans to apply for organic certification this year.

“Most producers who are trying to become certified organic have used chemicals in the past and have to prove they are dwindling down their use of pesticides and herbicides over a three-year period,” he said. “Ken has never put chemicals down. He will be able to receive his organic certification quite quickly because of this. The certified organic designation and product labels will help him obtain premium prices on the food he sells.”

Carswell said his interest in organically-produced food began when he was a young adult.

“I grew up in a time where you started to hear more about Black people getting all sorts of diseases,” he said. “Some friends and family members were sickly overweight. So, as a young person I ate very healthy and was a vegetarian. Healthy eating was another thing my wife and I had in common when we first met.”

Carswell said he enjoys the process of finding natural solutions to challenges on the farm.

“I like playing in the dirt,” he said. “Rather than using chemicals in the case of invasive plant species, you can use rotational grazing. And when it comes to fertilizers, I like using what is naturally available. For example, after having trees cut, I can turn some of that into mulch to put nutrients back into the ground.”

The Carswells sell their organic produce and eggs at local farmers markets. However, two-thirds of the food produced at Peaceful Pines Farm is donated to food banks. Among the organizations the Carswells donate to are the Salvation Army, the United Methodist Church’s BackPack Program and Neighbor to Neighbor.

Carswell, who is a member of the Arkansas Hunger Alliance and president of the Northside Family Community Garden, said donation is an important part of his philosophy and business.

“Our goal was never to compete, but to be self-sustaining,” he said. “We are a backyard family business. We were never expecting to make $1 million – we just want to make what we need to get by and like to give away what we don’t need.” 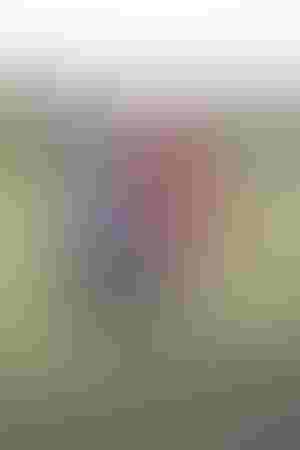 White said he has seen how Carswell has gone from living off the land to being a good steward of the land.

“He is very conservation conscious and knows the relationship between different parts of the ecosystem – for example,  the reasons why you shouldn’t kill off all insects because of the benefits they can provide,” White said. “When you are conservation conscious you are managing the land for the long-run – you consider erosion, air quality and water quality on your land. This approach benefits not only your land, but your neighbor’s land too.”

White credits Carswell with always being willing to learn more by attending programming through the UAPB Small Farm Program. In recent years, he completed a three-part risk management training program for farmers and ranchers. He also completed the seven-month New Farmers Academy in which participants develop marketing strategies for their operations while learning the ins and outs of agricultural enterprises including vegetable and row crop production, fish and livestock production and forestry.

“Thanks to the trainings, Ken set goals and put in place some practices that will benefit his farming operation,” White said. “He increased egg production, bought a new chicken house and nesting boxes and contacted new suppliers he could sell to. He also learned about the options for and benefits of setting up different types of farm businesses.”

Carswell said he is always ready to read and learn more. He developed his ambitious work ethic through his professional career.

“The difference between being successful and not successful is you have to be willing to do the work to see success,” he said. “My philosophy has been to ask for instructions and then do the work.”

Carswell credits the Small Farm Program with providing the plan necessary to fulfill his dream of 30 years.

“I have met a lot of good people through the Small Farm Program,” he said. “Without their help, I wouldn’t be where I am today.”

Carswell said he and his wife are celebrating the birth of their first grandchild, Miles.

“My daughter Louise is a lawyer in Chicago, and she is happy her son will have an escape from big city life. His grandma and grandpa have a great, big farm to show him a different way of life and teach him an appreciation for the lifecycle of food, how to care for plants and animals and all the hard work and fun that goes into it.

Source: University of Arkansas Pine Bluff School of Agriculture, Fisheries and Human Sciences, which is solely responsible for the information provided and is wholly owned by the source. Informa Business Media and all its subsidiaries are not responsible for any of the content contained in this information