Barn Spotlight: Take a look inside one of the most unique gathering places in the Upper Peninsula of Michigan. 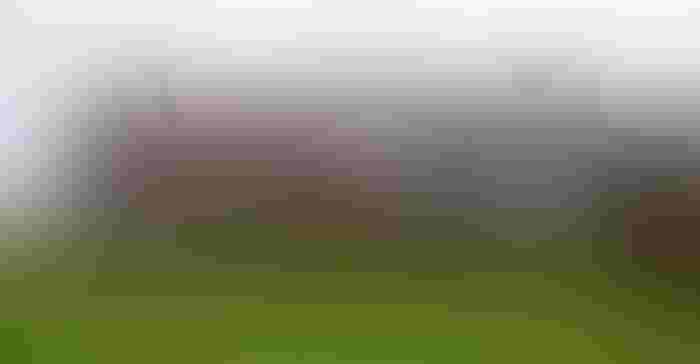 Michigan’s Upper Peninsula and its residents often get stereotyped. The northern side of the Mackinac Bridge is all about hunting camps and roaring quads, the deep woods, and the big buck. Not tiki barns.

Yes, you read that correctly. Not Tiki b-a-r, but Tiki b-a-r-n. It is no doubt the only one of its kind in the Upper Peninsula (and far beyond). This gathering place isn’t open to the public, only to family and friends. Lots of friends. Friends who come to kick back with an adult beverage, swap stories, and very likely contribute one more island-themed item to the décor — if a scrap of remaining space can be found to put it.

Harry and Kim Nelson, owners of one of the Upper Peninsula's most unique gathering places, which is only 8 miles north of Gladstone near the tiny burg of Cornell, have decorated the former horse stall section of their 106-year-old barn with an array of items from all over the world and from more than one … or two  …  or three forays into the world of antiques, auctions and yard sales.

There are colorful parrots, a bigger-than-life pirate, a Polynesian princess, palm trees and perhaps a palm reader. And there is at least one treasure hunter — Harry.

Much of the barn, which is 96 feet in length, 25 feet wide and 37 feet to the peak, is home to Harry’s treasures, although that's not quite the word Kim uses to describes the finds that occupy loaded shelves, stacked boxes, and a fair amount of window ledge and wall space.

“One woman’s trash is … a man’s treasure!” she says emphatically. “I think American Pickers ought to show up here.” A grin spreads across her face. But, in the next breath, she proudly points to the wooden boat she found at a farmstead sale in Trenary several years ago.

“I always wanted a wooden boat,” she bubbles. “This one has a plaque that says it was made in Lyne, Conn., in the 1930s. How cool is that?” Kim refinished the boat and had a custom glass top cut for it, which, she points out, cost several times the price of the boat.

The Tiki theme happened as much by accident as design. Harry and Kim, who are not interested in traveling the world, do like to visit eclectic watering holes. “We liked Tiki and kind of a Jimmy Buffet vibe,” Harry chuckles. “We have a getaway right here.”

You can pass the Nelson barn and never have a clue about its interior, but you won’t confuse the exterior with any other. Harry, who retired 15 years ago after a career as an art instructor with Escanaba Public Schools, painted a bald eagle on one gable end, white-tailed deer and a pair of galloping horses on the side facing the road. His paintings grace the walls of the farmhouse they love.

Both the house and barn were built in 1913. “We think a man named Louis Harmon was the originator,” Harry says. “Harmon was a big wig in the lumber industry, so he could do this. The barn is built of all milled lumber.”

The farm has been in the Nelson family since the 1930s when Harry’s parents, Elmer and Evelyn Nelson, bought it from Anna and Sanford Harrod. Harry, born in 1947, grew up on the farm.

“I remember when we still put loose hay up in the loft,” Harry says. “My dad would reach in the hay to see if it was heating up. My two older brothers and I would be told to ‘mow away,’ which meant we were to pull the hay back and fork it away to reduce the risk of fire.”

The barn has construction features that draw attention. One is the lath and plaster used on the walls and ceilings of the barn’s ground floor throughout the milking parlor, where at one time, Harry’s father milked 20-some Brown Swiss and Holsteins. Houses of the day received lath and plaster, not barns.

Harry was hoping to repaint the eagle and add an American flag to the south end of the barn this year, but a diagnosis of brain cancer changed all of that. He had surgery in April, followed by radiation and chemotherapy.

“The cancer affected my eyesight,” he explains. “So, I cannot do my art.” He pauses a moment, brightens and adds, “But I can still play music!” He and friends were the band “Generation” and only recently did their final gig.

In anticipation of his mention of music, Kim hands him a finely crafted acoustic guitar. His fingers move effortlessly across the strings. He glances up with a soft smile. Chet Atkins in the Tiki Barn and Boat Lounge.

Only in the Upper Peninsula.

Arnett is the author of American Barns and co-founder of the Barn Believers Community Project Fund held by the Battle Creek Community Foundation. Contact her at [email protected].