Part 1: Does your county have an existing stock law? Will you be liable if your animal is hit on a roadway? 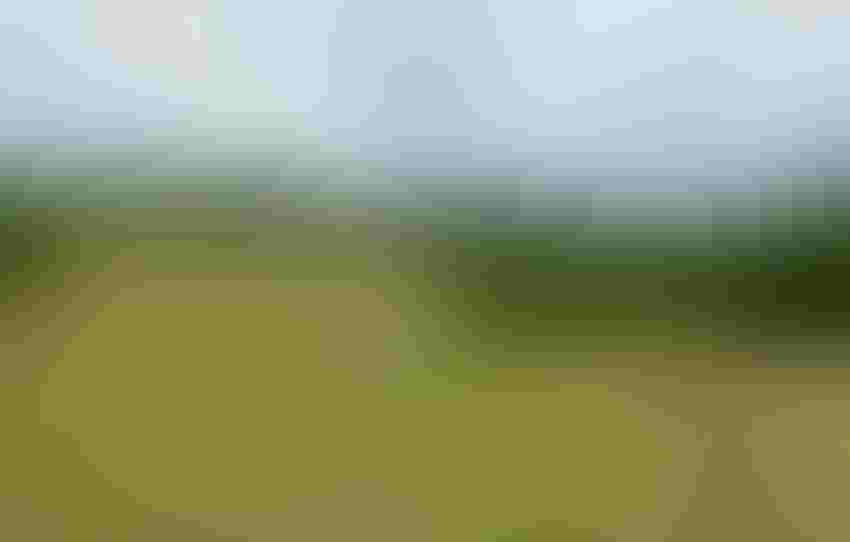 Fence law was the topic of two recent opinions issued by appellate level courts in Texas. Today, we will look at Dearbonne v. Courville a case out of Jefferson County, followed next week by a case out of Wilson County. Both cases illustrate real-life situations involving fence law and offer differing approaches to the legal analysis of whether landowners can be liable for animals hit on the roadway.

The Beaumont Court of Appeals recently decided Dearbonne v. Courville. [Read Opinion here.]  In this case, the plaintiffs were injured when their vehicle collided with a horse on FM 365 in Jefferson County.  Plaintiffs filed suit against Mr. Courville, claiming that he was negligent in permitting his horses to run free on public roads.

Courville admitted to owning 5 horses pastured on his property on FM 365, but denied that his horses were involved in any collision.

When Courville left town on the morning of March 2, his horses were safely in the pasture and the surrounding four-strand barbed-wire fences were in good shape.  That evening, Courville got a call from his sister, who lives next door, to tell him there was a horse in her backyard.  Courville spoke to his daughter, who reported that two of Courville’s horses were out in a different pasture on the property but that she had put them back in the correct pasture.  Courville’s brother in law testified that two horses were standing outside the gate on Courville’s property and that he let them back inside the gate that evening.  Additionally, immediately after getting the call from his sister, Courville called the sheriff, who went to the property and reported that all of Courville’s horses were accounted for and uninjured.

The sheriff stated that the plaintiff’s vehicle was badly damaged on the front end, windshield, and roof.  He testified that if a horse had been involved in that collision, in his experience, the horse would have been seriously injured.  A veterinarian reviewed photographs of the vehicle and reached the same conclusion.  Courville also testified that he knows of three other people with horses that have gotten out in the past along FM 365.  No injured horse was ever located.

Based on this evidence, the trial court granted summary judgment to Courville and dismissed the case.  The plaintiffs appealed.

The Beaumont Court of Appeals explained the Texas approach to fence law as follows:

“In Texas, there is no common law duty for an owner of livestock to ensure that his animals do not roam at large, including straying onto farm-to-market roadways.  Nevertheless, under the Texas Agriculture Code, a local ‘stock law’ created by an election may limit a livestock owner’s ability to allow his animals to roam at large.  The Code allows that ‘the freeholders of a county or an area within a county may petition for an election to decide if horses, mules, jacks, jennets, donkeys, hogs, sheep, or goats are to be permitted to run at large in the county or area.’  If such stock law in enacted, ‘a person may not permit any animal of the class mentioned in the proclamation to run at large in the county or area in which the election was held.'”

Further, the court explained that the mere fact that someone owns animals or land does not create a presumption that the owner is negligent if the animals get out on the highway:

“Animals may escape through no fault of their owners.  The fact of an animal’s escape is not alone evidence of misconduct on the part of its owner.”

Finally, the court looked to prior case law to determine how to define “permit” as used in the local stock law:

“We conclude that the Legislature likely intended ‘permit’ to mean ‘to consent to expressly or formally’ or to mean ‘to give leave.'”

This case is a great illustration of Texas fence law.  This is a classic case and involves the very type of analysis that would arise any time an animal is hit on a Farm-to-Market road in a county that has passed a local stock law.

All Texas livestock owners should determine whether his or her county has passed a local stock law to determine the legal duty owned in that specific county.  Doing this may be complicated as there is not a publicly available database one can simply go view.  I always recommend that owners visit with county judges, sheriffs, county clerks, or county attorneys to see if they can help locate any existing stock law.

For more information on fence law, check out our handbook, Five Strands: A Landowner’s Guide to Fence Law in Texas.