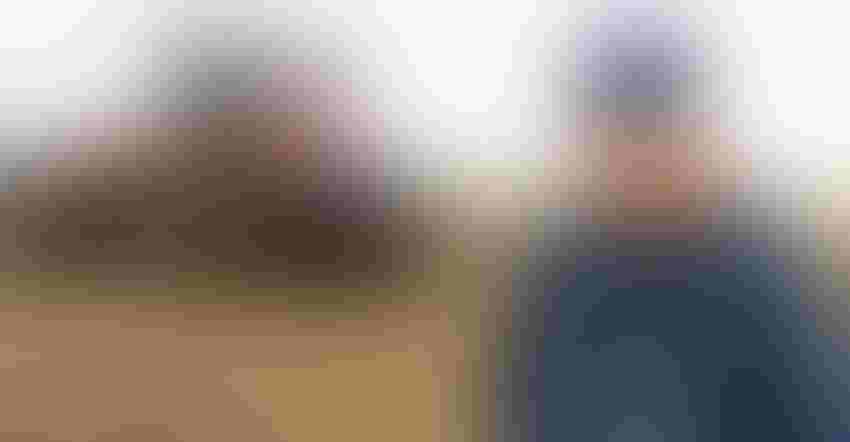 ON EDGE: Mental health specialists says what is happened to farmers and ranchers is very serious. shotbydave/Getty Images

My wife and I were riding around with a real estate agent one recent morning. We were looking at 55+ communities in Phoenix near where one of our sons live. Yes, I am getting old enough that I am thinking about retirement and where we might live next. Being closer to grandchildren might be nice.

But that’s not what this column is about.

The real estate agent got a phone call.

After the call, she explained that it was her 17-year-old son’s girlfriend who phoned. The teenager was worried she couldn’t reach the woman’s son.

“A month ago, two of their friends committed suicide,” the real estate agent said. “Everyone is on edge.”

The same can be said of people in farm country.

Several SDFU members at the convention said they are seeing troubling signs in their communities.

"Between mental health and the opioid crisis, I think it's a coming storm," said Dallis Basel, a Union Center, S.D., rancher and SDFU board member. "As we saw during the farm crisis of the '80s — suicides went up."

The current situation reminds Audrey Keierleber of the 1980s, too.

"We're in a situation where expenses are going up, up, up and income is going down, down, down,” Keierleber said. “And there are younger farmers and ranchers who got into production agriculture during the good times. They have never seen the bad times until now."

There are many veterans returning to rural communities and dealing with post-traumatic stress disorder according to Ray Martinmaas, an Orient, S.D., crop and cattle producer.

"Everyone is under so much pressure due to the economy and outside factors that we need to watch out for everyone in our communities," Martinmaas said.

Lorrie Hanson agrees. "The markets impact everyone in rural communities. We all feel the lows and the highs.”

If you — like the young woman who called our real estate agent — are worried about someone, it is okay to call and check on them. It’s even okay to talk to someone who seems depressed if they are thinking about suicide. Asking someone about suicide doesn’t cause it, Bjornestad says.

If you or someone you know needs support, call an expert at 1-800-447-1985. This is a free, confidential service provided to Midwest states, including the Dakotas, by Iowa State University.

Our real estate agent sent a text to her daughter who was in the house with her brother and confirmed the boy was okay. He had just turned his cellphone off.

Our real estate agent was relieved. It was a false alarm, a wasted worry — this time.

SDFU provided quotes from Bjornestad and the SDFU members.