Jason Yarbro says it's a joy to farm with his son Caleb. His brother James's son, Addison, is also part of the family operation near Martin, Tenn. 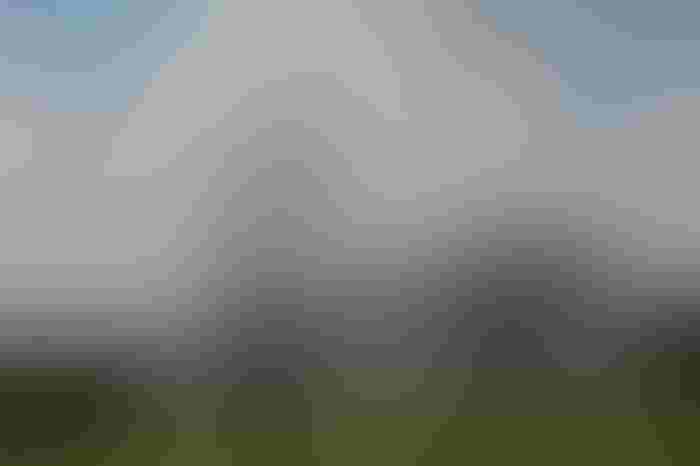 Finding James and Jason Yarbro’s Weakley County, Tenn., farm requires maneuvering a series of hard turns on bumpy, unpaved county roads that meander down wooded hollers, up short climbs to rolling hills, and across a rare stretch of flat land where green expanses of soybeans and yellowing corn stalks flank the path.

The sultry voice from the GPS sounds less than assuring, and becoming lost seems a strong possibility, until one last turn exposes a collection of grain bins rising out of a soybean field like a silver-plated medieval castle.

James and Jason Yarbro, along with sons Addison and Caleb, grow soybeans, corn and wheat in this rural setting in the northwest corner of the state.

Jason takes pride in family involvement. His wife, Dava, runs the storage facility. James’ wife Melani, “takes care of the bookwork, the payroll and paying the bills. They also drive tractors and go get parts.”

As the 2018 season passes the mid-way point, they look for a good harvest. Rain has been good most of the season, so they expect corn and soybean acreage will bring in good yields. The winter wheat crop was also good.

They’ll use their 915,000-bushel capacity grain storage facility to improve harvest efficiency and as a key aspect of marketing strategy.

Related:‘Money to be made holding grain’

Here’s how the crops looked in late July.