The 400th barn quilt is on display as part of the nation’s longest barn quilt trail. 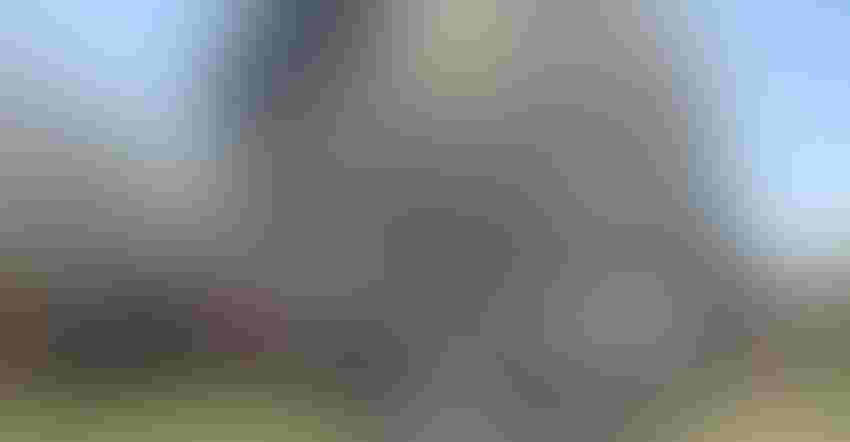 The barn quilt project in Shawano County, Wis., recently reached another historic milestone with the addition of the 400th 8-by-8-foot barn quilt. The quilt is on a barn owned by Steven Krueger and Mark Hebert at N5701 Lakeview Road, Bonduel.

More than 100 people witnessed the unveiling of the milestone quilt, which was put on display by LeRoy and Keenan Raddant, who work for Raddant Electric in Shawano, Wis.

The design for the barn quilt is patterned after a quilt Krueger’s grandmother Isabell Krueger sewed for him many years ago, so it has been named Isabell’s Quilt in her honor. The quilt was sponsored by Charlie and Debbie Harvey and their family, owners of Charlie’s County Market in Shawano.

“It’s an honor to support this wonderful barn quilt project by sponsoring this beautiful quilt,” Charlie and Debbie’s daughter Kelly says. “Dad has supported the Shawano community in many ways for many years, and has appreciated the support the area has given to our family. He is always looking for ways to support the community.”

The 400th barn quilt is the third one the Harvey family has sponsored for the project. 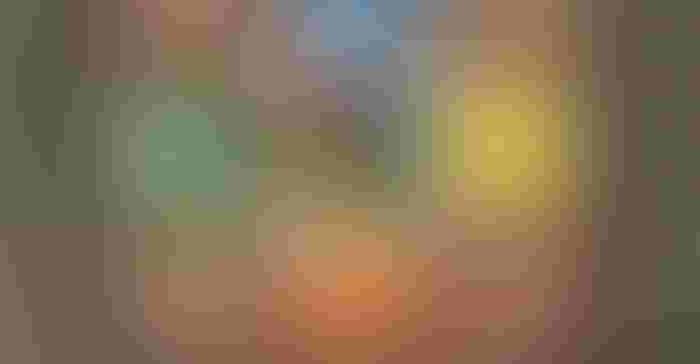 Krueger and Hebert purchased their 6-acre farm in 2014, and since then have made major improvements to both the barn and the house. A new steel roof and new steel doors were put on the barn, and the loft has been transformed into space where gatherings can be held. From 2015 to 2018, the interior of the more-than-100-year-old farmhouse was completely redone. The original hardwood flooring was removed by hand, piece by piece, to repurpose the wood for new use. The dining room table and master bedroom vanity feature the reclaimed wood.

“We plan to build additional furnishings and accessories with this wood to continue to preserve the history of this beautiful home,” Krueger says. “While there is what feels like an endless amount of work to be done, it has been an incredible journey. Over the past eight years, countless neighbors and folks unknown to us have stopped by simply to say they love and appreciate the work they’ve seen transpire since then. This has instilled a deep sense of pride in the work we have done, and reminds us that our farm is viewed and appreciated by many more people than ourselves.”

Krueger and Hebert think the barn quilt is gorgeous.

“We are so happy to be part of Shawano County’s amazing barn quilt project and thank the Harvey family for sponsoring it for us,” Krueger says. 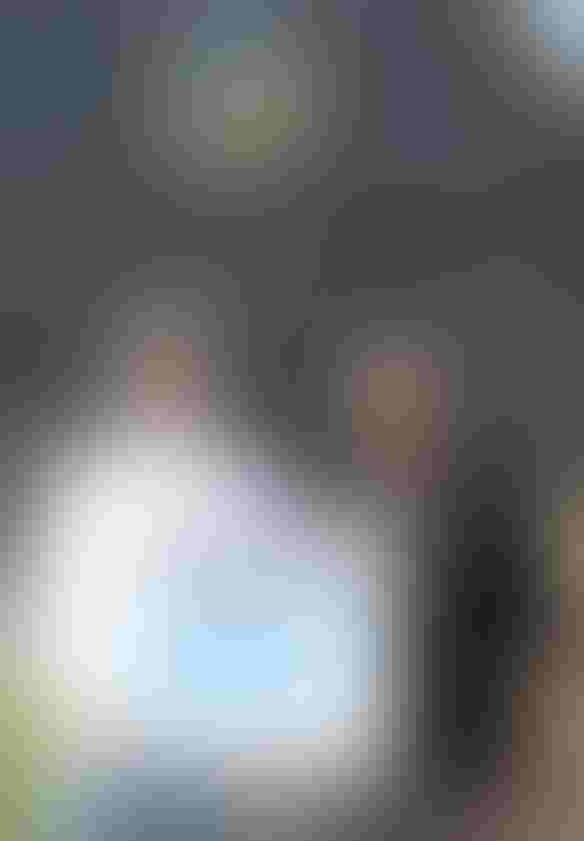 The original property was first deeded from the state of Wisconsin to George Gibbs in 1871. It came under the first generation of Berg ownership in 1880 with the sale of 145 acres to Martin and Helena Berg for $645. In 1884, they sold some of the land to the St. Paul Eastern and Grand Truck Railroad Co., which is now Highway 22. In 1905, an addition to the house doubled its size.

Later, the farm was sold to the Bergs’ sons, Robert and John. Some years later, Robert and his wife, Mayme, took over the farm, which was bordered on the north by Shawano Lake. They took sand from their farm to develop lots along the lake, which were sold to support the farm. The farm was then owned by their son Martin (nicknamed Beeler), who sold it to a non-family member in 1976. Along with Martin, Robert and Mayme’s other two sons, Raymond and Norbert, grew up on the farm.

Raymond was in the Army during World War II and was at Pearl Harbor when it was bombed. Norbert was in the Air Force during the war, and later attended the University of Wisconsin. After college, he became a vice president at Wausau Papers. Meanwhile, Martin, who was described as a “big guy,” drew interest from the Green Bay Packers, but his dad said he needed to help on the farm.

The farm was a dairy farm during the 96 years it was owned by the Berg family. Many local people recall going to the farm to buy milk, and Raymond’s two daughters remember being at the farm while growing up. Chris, who lives in Elkhorn, Wis., says her Grandma Mayme always had a big garden and canned everything except potatoes, which were put in the sand floor cellar. Grandpa Robert was a founding member of Morning Glory Dairy in Shawano. Kathy, Raymond’s other daughter, says they always had a good time jumping on the hay bales and helping milk the cows. Both girls recall all the other buildings on the farm, like the corn crib, outdoor toilet and shed where, on special occasions, the men would play cards and drink beer while the women cooked.

After 1978, ownership transferred from Larry and Janalee Wetzel to R. David Petty, Teresa Doherty and John Doherty, and finally to Krueger in 2014.

Shawano County’s barn quilt trail of 8-by-8-foot barn quilts is the largest trail in the nation. The goals of the project are to encourage the preservation of the historic dairy barns in the county and to promote tourism to the area.

For more information, contact the Shawano Country Chamber of Commerce at 715-524-2139, or visit shawanocountry.com.