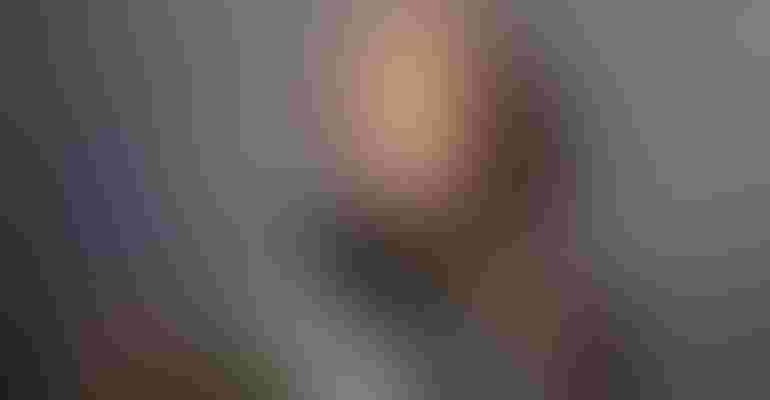 Sharlene Swedlund, 22, representing the Green County Fair, was selected as the 2023 Wisconsin Fairest of the Fairs at the Wisconsin Association of Fairs Convention in Wisconsin Dells.

The Wisconsin Fairest of the Fairs program was created 57 years ago to select an ambassador for the Wisconsin Association of Fairs, which represents 75 county, district and state fairs in Wisconsin.

Each year, the Wisconsin Fairest of the Fairs travels throughout the state promoting the educational, agricultural, social, cultural and commercial opportunities available at Wisconsin’s fairs. The winner must possess outstanding communication skills as well as organizational skills, professionalism and, above all, a passion for the fair industry.

In addition, Swedlund will serve as an official ambassador of the 2023 Wisconsin State Fair, which takes place Aug. 3-13 in West Allis. This role is comprised of greeting fairgoers and special guests, performing as the master of ceremonies for events, participating in various contests, and representing the state fair during special media appearances.

Swedlund will serve a one-year term, and her responsibilities include appearances at fairs and events throughout the state, working with media and promoting the importance of Wisconsin fairs.

The granddaughter of Rocky and Clare Swedlund of Juda, Wis., Swedlund currently studies manufacturing engineering technology at Blackhawk Technical College. She is employed at Kuhn North America as a technical publications specialist working in engineering documentation. Swedlund is a past Juda Dairy Queen and an FFA Alumni member, and she has a passion for agriculture and the Green County Fair.

Brooke Shatley, 22, representing the Barron County Fair, was named first runner-up. She is the daughter of Jason and Melissa Shatley of Prairie Farm, Wis., and is earning a degree in family and consumer science from the University of Wisconsin-Stout. Her ambition is to teach kids how to live a successful life with the knowledge of how to cook healthy meals on a budget, be financially stable and take care of themselves.

Zoe Ertel, 19, representing the Sheboygan County Fair, was named second runner-up. She is the daughter of Mike Ertel and Haley Gilles, Plymouth, Wis., and is attending Lakeshore Technical College, working toward a degree in ag business science and technology. Ertel serves at the Plymouth FFA Chapter president and Wisconsin Junior Holstein Association president.

Meghan Numrich, 20, representing the Winnebago County Fair, was named third runner-up. She is the daughter of Herbert and Jennifer Numrich of Neenah, Wis., and is pursuing a degree in geology at UW-Oshkosh, where she also works as a community adviser.

Sam Wirtz, 19, representing the Northern Wisconsin State Fair, was named fourth runner-up and awarded the Tim Heffernon Congeniality Award. A native of Chippewa Falls, Wis., she is studying English at Central College in Iowa. Her career goal is to become a publisher.

Swedlund was crowned by the 2022 Wisconsin Fairest of the Fairs, Jackie Rosenbush from the Washburn County Fair.